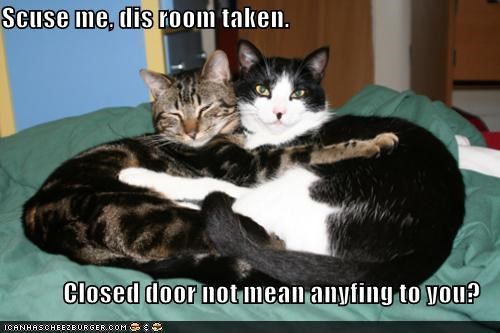 A while back I was listening to an interview on Hard Talk, the BBC World Service interview show. The host was talking with the director of a new film version of Great Expectations. When pushed, the director said his movie was better than the classic David Lean version even though that film is a “sacred text.” When asked why, he said that it was because his movie had sexual tension, and Pip is not as nice a guy.

It sounded to me as if the director was treating the absence of expressed sexual tension as the absence of the feeling. But sexual tension doesn’t have to be overt to be present, let alone to be imagined. And was David Lean’s Pip really a nice guy, or just one whose not-nice qualities were not overt, but were conveyed through hints to the audience? I don’t remember the movie well enough to say. But I do think that people would have understood that someone could be complex without every aspect of his personality being spelled out. Was it a totally white-hat, black-hat movie? Unlikely.

That exchange made me think about the discussions we have about sex scenes in romance novels. I think everyone would agree that explicit sexual content in romance novels has increased over the last decade. Some readers say that they now skip sex scenes, but many other readers feel cheated when they’re not there, or when the scene stops at the bedroom door. I saw a review recently where a reader gave a historical romance a good grade but added the caveat that she wished there had been a final scene with the couple in bed, or an epilogue with a similar scene to solidify the sense of HEA. And some readers think the whole point of NA is to add sex scenes to YA (I don’t, but I’ve seen that comment often).

Commenter Lynn M made a remark here at DA about YA and closed-door romances, and it really made me think. She said:

as a reader – an adult reader – I hate when I’ve invested a lot of emotion in a building relationship only to have the door closed in my face when the couple has finally managed to connect. I’m not looking for explicit descriptions, simply to be allowed to share that moment in a small way. So when it comes to writing YA, I pull back from explicit but feel that fading to black is cheating the reader from part of the reading experience.

I think what Lynn expresses is shared by quite a few readers. And as an author, if she feels that fading to black is cheating the reader, then she should absolutely include sex scenes in her books, at the level of explicitness that she thinks is appropriate to the story and the characters. Omitting them when she feels they are important would be like going back to the Bad Old Days, when euphemisms and elliptical references were required.

But I don’t think every sex scene in every book is required. And in addition to the higher number of sex scenes in non-erotic romances and the explosion of the erotic romance genre, we even have publishers releasing “sexed-up classics.” Yes, it’s true that had Jane Austen wanted to included explicit sex scenes in her books (I know, I know, but just go with me here), she wouldn’t have been able to do so. But to write them in, as if she had no other way to signal sexual attraction and tension than by explicit descriptions, seems ridiculous to me. Jane Eyre and Wuthering Heights are stuffed with sexual tension; is that enhanced by knowing exactly how sex between Jane and Mr. Rochester would have worked?

I don’t have an answer because I don’t feel cheated, so I hope some of you will suggest reasons in the comments. Meanwhile, let me tell you why I don’t feel cheated a lot of the time, and bear in mind that I’m only speaking for myself here and describing a personal, idiosyncratic reaction.

I think the desire to read books where the sex is closed-door has to do with reader taste and the way a reader approaches a book, not prudishness, which is the usual way it’s understood. Undoubtedly there are people who object because they are prudes, i.e., they are uncomfortable with explicit discussions of sex. But why assume these are the majority of the complainers? Especially when you see these kinds of discussions at sites like Dear Author and Smart Bitches, Trashy Books, where the non-prude ratio is pretty high. In the past there were readers who wanted more explicit scenes who put up with a low number because romance without was still better than no romance at all. Why shouldn’t there now be readers who would prefer less but are putting up with the high number for the same reason?

People read closed-door books for years and years, and it’s not as if they weren’t having sex or finding erotica to read if they wanted that. I read a lot of erotica from my late teens well into my late 30s, and it included everything from “classics” like Anaïs Nin to reprinted Victorian and imitation-Victorian-porn paperbacks that you could buy at airport bookstores. Some of it was really well written and thought-provoking, some of it was merely titillating, and some of it was terrible. I also read romance through most of those years, and it ranged from no-sex-please-we’re-Betty-Neels to no-sex-but-lots-of-UST to explicit scenes.

Eventually, I burned out on erotica. There are only so many ways to describe anatomical behavior, and the human imagination seems to have certain built-in limits. They are expansive limits, but read enough and you’ll hit them. When I started reading m/m I went through the same cycle: sex scenes were new and exciting at first, but then they started to look the same, and eventually I settled on a strategy of only reading books where the sex was necessary to the storyline and/or character development. That cuts out a lot of books, as it turns out.

In my experience, it is now almost as difficult to find sex-light romance as it used to be to find explicit romance. The assumption then was that if people wanted to read it, well, they shouldn’t, and the assumption now is that if you don’t want sex scenes you shouldn’t be reading romance. Or you should be reading inspirational romance, as if the only difference between inspies and non-inspies is the amount of sex on the page.

When I read a book with a lack of explicit sex, I don’t automatically feel left out of the relationship or feel I have an inferior understanding of the romantic journey. I use my imagination and construct a scene in my head that fits with the characters as I have interpreted them. Other readers want to see the description on the page. It doesn’t mean they are less imaginative in general, just that this is a place where they want direct information. They don’t want to imagine or infer in this particular reading experience. And there should be space in the genre for all of us. But these days, I’ve seen enough authors talk about the “need” to write sex scenes (whether the need is that of the reader or the publisher), that it seems to be increasingly the case that sex scenes are mandatory in romance. I’m all for explicit description where it’s warranted. As I said before, I don’t want to go back to the Bad Old Days. But if authors who want to write closed-door romances can’t get them published and sold today, then we’ve potentially closed another, equally important door.