The Super Sizing of the Alpha Male 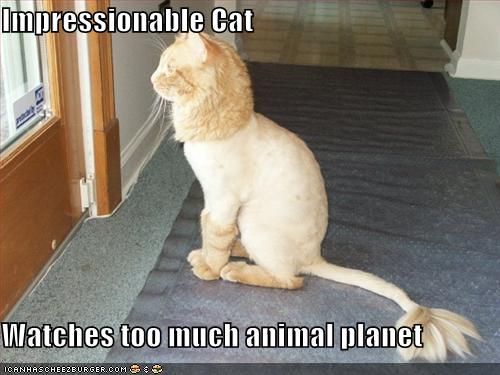 Anne Mallory’s latest release, The Bride Price, involves the question of what is a true gentleman.   The hero is a bastard and not considered a “gentleman” by society standards.   The heroine’s sister at heart, Sarah, is a shy, retiring wall flower.   Sarah’s father wants her to marry well and sets up a tournament for men in society to compete for her hand:

“…The King sees the whole competition as an incentive to make sure one of his godchildren is married well.”

She took a deep breath before continuing. “I saw him a few days past. He has signed a document promising the winner a viscountcy After the competition ends, he’ll have the letters-patent drawn up and-‘” She waved a hand in a fatalistic manner. “I tried to beg him to revoke his blessings, but you know how I freeze up so terribly. He just patted me on the head and said the games were designed to weed out the unworthy. Only a true gentleman could win.”

“Yes.” Sarah tugged at the bow on her dress, mangling it further.

A man who was good at shooting, boxing, gaming, and wenching could easily fulfill the terms of a “true gentleman.”

Like the ton had adopted birth and certain elements of society to define what a true gentleman was so has romance adopted Alpha Male to define the romance hero ideal. In recent years, however, this reliance on a concept rather than individual traits, has homogenized the hero experience for the reader. Perhaps in an effort to create diversity, authors have tended to over masculinize the hero to the extent that we have caricatures instead of characters for heroes. In recent years,   I’ve seen the romance alpha hero morph from tall, strong, and commanding to oversized, monstrous, and overbearing.

Take, for example, the stereotypical romance hero, Edward Cullen, in the million book selling series by Stephenie Meyer.   Edward Cullen is a vampire.   He is preternaturally strong and preternaturally beautiful (his skin actually glitters in sunlight).   He is also a bit of a psycho.   He stalks Bella, the heroine.   He climbs into her bedroom and watches her sleep at night.   He tinkers with her car so it won’t start.   He forbids her from seeing other people.   He warns her that becoming part of his family, his life, means to cut off contact with everyone but he and his family.   He gets a member of his family to kidnap her to keep her isolated while he goes and hunts. Yet, this is deemed beyond sexy.   He is the epitome of perfect manhood (despite being a teen starring in a YA book).

It’s not unfair to use Edward Cullen as an example of the supersizing of the alpha male because this overjealous, control hungry male dominates the adult romance genre.   In one post at Teach Me Tonight, Dr. Vivanco explores the idea of the evolution of the alpha male.   Some readers are quoted as describing alpha males as super possessive and domineering which are also “recognised as a feature of many abusive relationships.”

The only thing that really separates Edward Cullen from his adult male counterparts is physical size.     Romance alpha males are physically overpowering. In one Brenda Joyce book, the hero is described as having a "huge club-like manhood," and a   "slab" of pecs.   In the last JR Ward book I read, John is described as needing “a fleece the size of a sleeping bag, an XXXL T-shirt, and a pair of size-fourteen Nike Air Shox.”   In the recent Diedre Knight book, Red Fire, the hero was an ordinary 5′ 7″ until his immortal transmogrification when he became “between six-foot-four and six-foot-five. Depend[ing] on the day . . . A variety of factors.”

Another thing we have required of our alpha men is uber sexual prowess. It is not sufficient that they be good in bed, but they must be good in many beds.   They must be rakes, with a number of partners, none of whom had ever complained about past performances.   They are so good and practiced in bed that every virgin’s deflowering is orgasmic. Other traits exhibited by alpha males besides how many women he swived before settling down inlude how much liquor he can imbibe before having a hangover, how good at cards he is, how great of a driver of horses, how he’s the best fencer, best gentleman’s boxer, a master of industry (but on the sly of course). In contemporary terms, he’s one that has been taken in only once by a wretched female and is determined to act out his hatred for his ex wife on every unsuspecting model from now until he can’t get his peter up or his wallet dries up, whichever comes first.   It’s not enough that the hero be an Earl or a Viscount or a Marquess.   The Duke is de riguer for bestsellerdom.   A hero cannot be a millionaire. He must be a billionaire, a tycoon, a magnate.

Of course, I’m generalizing here but I think the majority of books feature some sort of the ultramasculine alpha male and making him cry in one scene doesn’t make him break out of that mold.

We have this warped view of alpha men.   They are caricatures relying primarily on physical prowess to serve a romance shorthand for all those things that we view a hero should be.   But the unfortunate thing is that it straightjackets the heroes’ character such that they aren’t allowed to drink mixed drinks or sleep in pajamas without being viewed with immediate suspicion that perhaps they are, in fact, from the other end the Greek alphabet.

Probably the worst outcome of the ultra masculization, as Robin calls it, of the hero is the subsequent diminution of the female character.   She has to have tiny hands compared to the male (how many references have you read to the tiny hands thing? A friend of mine has tiny hands and it greaks Ned out because every time she lays her hand on his arm, he feels like a child is touching him).   Or, as I argued last week, the heroine is required to look TSTL in order for the hero to look more masculine, to fit that ideal alpha male mode.

I’ll admit that I like the alpha male too. I like the jealousness, the possessiveness.   The control thing makes me a bit uneasy.   But I can’t help but think we’ve taken it too far.   That authors are trying to top each other with their own ultramasculine heroes.   It’s almost like authors are competing to see who has the most alpha male of the alpha males out there. My alpha male is bigger than your alpha male.   He’s 7 feet tall, wears t-shirts the size of double sleeping bags and basically would make Clifford, the Big Red dog, look like a puppy.

We have somehow equated alpha characteristics with hero status and I’m not sure how we got there.   Heroic qualities are not inherent in the alpha male trope.   We’ve made it so which means that we can unmake it.   We could return to the metric where deeds show heroism regardless of one’s size, bedroom prowess, or ability to control one’s environment including the heroine.   We could look for hero’s who were more diverse, who’s appeal rested more on how they interacted with the heroine than how many beer cans could be crushed on his impeccable abs.

Now, you readers might tell me that your books don’t have these uber alpha characters and if that is so, tell me the titles of those books. Or perhaps the alpha male means something else to   you or you really must have an alpha male for the book to interest you.   I want to know why because ultimately the question I have is whether the alpha male that we read about today is reflecting what readers want or whether its a literary exaggeration done unconsciously to evoke a certain reader response.