The Security Blanket of Romance by Mary Lynne Nielsen 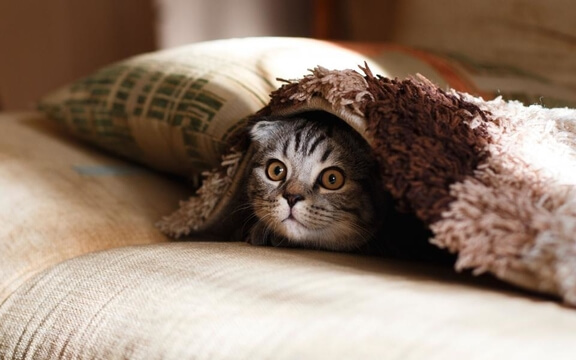 In spite of its 140-character limitations, Twitter can lead to some interesting conversations. I had one recently that included author Camille Hadley-Jones and Dear Author’s own Janine Ballard, who encouraged me to express my thoughts about it in longer form. That conversation? That one of the goals of romance novels is security.

Sure, we all think of love as the primary goal of a romance novel. The protagonists are supposed to find their partner, their soul mate, their one, their only. And indeed, that’s the deserving focus for most of romance. But there are a number of other factors that can drive a relationship as well, and one that seems to underlie romance fiction is the need for security, especially financial security.

Right now, one of the most used (and perhaps overused) tropes of romance is the billionaire hero. It’s patently crazy to think there could be so many billionaires out there just craving a relationship with a poor nobody. But this is seen over and over again in romance novels. Heck, it’s a staple of the Harlequin Presents line. And it’s nothing new: look back at old Presents titles, and you’ll find the word “tycoon” used over and over. It was the 1970s term for billionaire, and both are code words for “a guy so rich, the heroine will never, ever, EVER need to worry about money.”

(An aside—that billionaire can just as easily be a woman, or one man or woman in a LGBTQ partnership, or a protagonist in a ménage, etc. For ease of writing, I use hero and heroine in this blog post.)

And honestly, it’s a bit ludicrous. If some gentleman presented himself to me as a potential life partner, I wouldn’t turn him down because he was only worth 850 million dollars and not a billion-plus. Those terms—billionaire, millionaire, tycoon—represent the ultimate in financial safety. It’s the concept that, even if some money is lost, the partner of this wealthy person will not be left out in the financial cold. In today’s world, where homes are worth more than a million in key markets, we’ve had to move to the next extreme of billionaires.

So why is this such an enormous, ubiquitous, and long-lasting trope? Studies have shown that women manage most household finances. (In a 2011 TD Ameritrade survey, 87% of women in the US claimed that they are solely responsible for overseeing their households’ budgets, and 94% percent said they take charge of paying the bills.) Women, the dominant market for romance novels, are keenly aware of the challenge of meeting the monthly budget and managing those expenses. In addition, as most romance readers are female, if you consider the hard-wired biological and psychological imperative females have to find a provider for their young, you can understand the demand for creating romance novels with heroes who can unquestioningly offer that type of security to their heroines. In today’s world, we don’t need someone who can provide that daily kill brought in fresh from the tundra; modern security is financial—someone who can make the challenges of our budgets go away. And that’s led us to tycoons, then millionaires, and now billionaires.

Even when the hero isn’t at this extreme, the idea of some level of financial security is interwoven in romance. If the hero is a mechanic, he often owns the shop. If he’s an artist, he’s a successful rock star, or the owner of his tattoo shop, or a world-renowned sculptor. The entire genre of doctor/nurse romances produced by writers like Betty Neels revolves around the concept of the well-paid and highly respected physician as hero. What does seem to have disappeared is the classic middle-class hero: the accountant versus the CEO, the marketer versus the owner of the ad agency, the computer programmer versus the startup owner.

So what drives this diminishment of the middle-class hero? Perhaps the extreme of dukes and billionaires we’re seeing in romance fiction right now is a reflection of the growing income inequality that exists in our current society. And with that income inequality has come a growing sense of job insecurity. Gone are the days when you would be guaranteed to retire with the gold watch from the company that hired you in your 20s. Millennials today expect to work in many different jobs, and perhaps multiple jobs at once, to make ends meet and to move forward in the work market. That may be why so many tradesmen and business owners are the heroes of our romance novels today. You can’t be downsized or fired if you own the company or if the business is family (like the recent trend for mafia and motorcycle club romances).

Statistically, the biggest sources of friction and struggle in marriage are tied to finances. So it can be hard for readers to believe that a couple will have their HEA without some degree of financial security. Yes, we can still find romances with true middle-class heroes—authors like Cara McKenna, Olivia Dade, and Shannon Stacey come to mind. They don’t guarantee financial security for their protagonists, but neither are we left with the couple confronting poverty. (Even Depression-era romances, like Morning Glory by LaVyrle Spencer, usually end with the protagonists in better circumstances than those they started in.) But these middle-class characters have become harder to find.

Security comes in many different forms. In historical romances, we see that stability and security interwoven with title and station. There’s a reason we see so many dukes and lairds from the UK, or princes or counts from Europe, in historical romance. Many nobles were landowners, and land (and the rents from them) was a major source of wealth in historic times. So we don’t see the middle-class equivalent of a titled hero—a baron or a knight—that often. No, he’s got to be a duke—the highest of the high, the most secure.

It wasn’t always this way. There were more earls and viscounts, and even vicars and doctors, as heroes in the historical romances of the 1980s and even the 1990s. And you can find the occasional doctor hero today from authors like Courtney Milan. But just as we’ve moved from the vague tycoon to the more precise millionaire to the extreme of the billionaire in contemporary romance, the move to duke heroes, the highest of all possible noble English titles, became the norm rather than the exception in historical romance.

And if the historical romance hero isn’t noble, he’s usually wealthy. Even when a heroine marries down, like in Her Man of Affairs by Elizabeth Mansfield, the hero has a decent job and won’t leave her anxious for money. Since up until relatively recently, women rarely could own property in their own name, finding men that could provide financial stability was crucial. And when the nobleman hero isn’t rich? Financial security matters regardless of sex, even in historical romance. That hero is often seeking an heiress, with the exchange being his title for her financial riches—a variation on the actual fortune hunters of history. The additional factor in romance fiction (both historical and contemporary) is that, along with monetary stability, there is an exchange of love and fidelity.

This final element of security ties back to that underlying theme of love. The love in a romance novel is lasting, and that permanence, that sense of fidelity and longevity, is another form of security. To create emotional security through the lasting promise of the HEA is yet another means of creating a sense of overall security for the reader. So when the romance novel hero and heroine offer their fidelity, love, and devotion and receive all that and more back from their partner, they gain perhaps the best of all types of security. And when one of those partners is financially successful? That’s the icing on the security cake.

Is this the only element that drives a romantic connection? Of course not; each romance novel consists of multiple elements that make protagonists work to deserve one another. But security—emotional and financial—is something most of us seek, consciously or unconsciously. So I don’t think it’s surprising that readers want heroes and heroines in romance novels who offer their counterparts not only love and, through that, emotional stability, but also the reassurance that—dare I say it?—only a billionaire can bring.