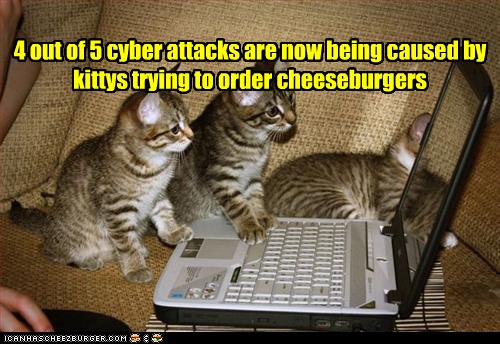 I was going to write about whether readers have a duty to other readers to write and leave reviews where they shop, even one or two line reviews. But given the five days of flameouts in roughly the first five days of 2012, I thought I would briefly address the issue of the author/reader paradigm.

The authorial flameouts have primarily been young adult and self published authors. I think part of the reason is the maturity of the online reading community. I don’t mean maturity by chronological age of the community but in the length of time that the community has existed. The romance community had these kerfluffles stemming back to the 90s, and they were mean and ugly and worse than what you see today, thank goodness. (Thank goodness, because I don’t wish some of those author flameouts on anyone).  But the early reviewers of romance did not back down. Mrs. Giggles, Laurie Gold, reviewers at The Romance Reader, and the author reviewers at Paperback Reader kept on, and in doing so, helped to change the atmosphere and culture of the romance reviewing community.

It is not that romance is free of these flareups.  Just last year, an author jammed her foot in her own mouth by suggesting she would like one of our DA reviewers to “throw up.” But by and large, we’ve really matured as a community because readers, reviewers and even authors have stuck up for the right of reviewers and readers to have their say.

I don’t think that the self-publishing community and the young adult authorial community have quite reached that level of sanguinity and realization that critical readers and reviewers are an important voice in the community. Although several YA authors have come out in support of reviews, others have yet seen that by their authorial flameouts they embarrass themselves (witness the deletion of comments and blogposts) and their fellow authors, and can put a damper on a burgeoning community. One moment of great irony in Julie Halpern’s now deleted rant was when she claimed that negative reviews are “discouraging people from reading.” Those of us in romance know that precisely the opposite is true – negative reviews and the controversy surrounding them can sell a book as fast or faster than a glowing review. Of course not everyone in romance values the critical or negative review, but those reviews have become much more mainstream as the community has matured.

Creating a robust community of readers is something that takes time and perseverance, and it does make sense to for readers to stand up for themselves. But understanding what is driving these authors can also help readers respond more effectively.

Both parties believe the other has a larger platform and a position of power from which to affect others. In my opinion, generally speaking, a published author has a natural and intrinsic platform. She has an author loop with like-minded authors at the ready to exercise their down vote button at Amazon. She has friends and family that she rounds up to leave positive reviews at various sites. She has a readership that she acquires or has already acquired, and loyal fans who will defend the author’s work at various boards, blogs, and other review sites.  The Author can also write negatively about reviewers in her books as Lori Foster and Victoria Laurie.

Readers, on the other hand, have much smaller circles. Few will go around and get their reviews up voted on Amazon. Few will be able to get other readers to leave negative reviews, mostly because it’s difficult to get enough people who have all read the same book. This may be changing, but published authors still inherently have a larger platform. Witness, for example, the reviewer, Sophie, that was the target of Jamie McGuire. She had 31 followers at the time McGuire posted her blog post. At that time, McGuire had over 670 fans.

The awful “cow” and “toe rag” reviewer, Stephanie has 39 followers. Leigh Fallon, who tried to start a campaign against Stephanie’s Amazon review, which included several personal invectives against Stephanie, has 907 friends, 358 fans and is the #1 most followed.

Julie Halpern totally lost it over a review posted at The Allure of Books. It is, as Halpern suggests, a blog with a big following. 1258 followers are proclaimed on the blog. Halpern, however, is a multi-published author with four books under her belt and a new one due to be published in 2012. Halpern even views herself as superior in her blog post: ” I know it should not matter what this blogger says about my book (and after just reading her bio, which has much in the way of potential mocking, I am just going to rise above). Because I am already SO FAR ABOVE in my life.”

Under the author paradigm, publishing a book is one of the greatest achievements ever.  (This is not to say that it is not a great achievement but that it is not valued the same by readers).  Under the reader paradigm, the book is a commodity of entertainment to be valued, weighed, and judged like so many other products that they spend their time and money on. The book as an object is not necessarily special. A book can become special and hold a favored position in a reader’s mind, but not all books have that status, especially books that will never be read or have been read and not enjoyed.

Under the author paradigm, a negative review can affect their livelihood. Consequently, critical readers and reviewers deserve to be mocked in a book (PC Cast) or brought to heel. Under the reader paradigm, one negative review does little, particularly when there are dozens of positive reviews, or in the case of some authors, several hundred positive reviews. And if there are a multiple negative reviews such that the average rating of the book is 3 stars or less, then well, that pretty much indicates to the reader that the book is getting the praise or criticism it deserves. According to Jamie McGuire, “In no other work environment is someone expected to be attacked so viciously and then say, “Thank you,” which makes the book review equivalent to a job performance evaluation. And a bad evaluation, presumably, can jeopardize one’s career.  But we know from many years of experience, that negative reviews don’t crater careers because no book ever written has been exempt from negative reviews.  Says one reviewer regarding To Kill a Mockingbird:

If I could give this no stars, I would. This is possibly one of my least favorite books in the world, one that I would happily take off of shelves and stow in dark corners where no one would ever have to read it again.I think that To Kill A Mockingbird has such a prominent place in (American) culture because it is a naive, idealistic piece of writing in which naivete and idealism are ultimately rewarded. It’s a saccharine, rose-tinted eulogy for the nineteen thirties from an orator who comes not to bury, but to praise. Written in the late fifties, TKAM is free of the social changes and conventions that people at the time were (and are, to some extent) still grating at. The primary dividing line in TKAM is not one of race, but is rather one of good people versus bad people — something that, of course, Atticus and the children can discern effortlessly.

The “I’m not going to buy” mantra stems in greater numbers from the author’s response to the review than from any negative review.

I know these are generalizations and do not apply to every author and reader. There are well-balanced, respectful authors who value the role of critical debate about their books. And there are poorly-behaved readers who make thoughtless comments about books and authors. But over the years, these generalizations continue to return in the author-reader dynamic, especially as the community grapples with the growth of reader-generated criticism.

But one constant remains: book reviews are not the same as a workplace performance evaluation. They are not even meant for authors. Reviews are for readers. This needs to be our mantra.

Readers do not have a limitless money and time to devote to reading. Readers use the opinions of others to cull through the thousands of books that are thrust before them to choose what is worth their time and money. Both are important. Readers use reviews to open up discussion on books, because while reading itself is a solitary act, books are a community good, and readers love little more than gushing over or ranting over a book that moved them. And readers love nothing more than a good book. They will often overlook a book (or ten) that disappointed them to try yet another by the same author that got great reader feedback. I think it can be very helpful for authors to remember that readers are generally not invested in the author unless they are adamant fans or the author has distinguished herself in a negative way.

But it’s also helpful for readers to remember this. It’s why readers would not say the same thing to an author directly at a book signing or convention as she might say in a review. Readers are not critique partners and it is not their job to “help” an author “get better.” While tagging an author in a tweet announcing your less than stellar review may seem like a small thing, it can seem like a hard poke to the author. Most of us know that criticism is inevitable, but not every author wants to see negative reviews of their books. And what doesn’t seem negative to the reviewer can come across as criticism to an author.

Witness the furor against C reviews here in this blog post or witness the Facebook posting of Jessica Park (self-published author) who can’t imagine why anyone who gave her a C review would want to follow her on Goodreads.  Anything less than a glowing five star review probably shouldn’t be shared with the author unless she asks directly for it. If readers don’t want authors defending their work in the comments to reviews, it seems fair to not directly invite them to the review.

Reviews are for readers.  If you are a reviewer, don’t assume that the author wants to hear what you have to say, no matter how insightful or brilliant it is.  Let her find out from her critique partner, editor, or beta reader.  It’s true that errors have become more frequent in books, but pointing those out to the author isn’t a public service. Once a review is public, any number of people might read it, including the author. But if readers start thinking that reviews can help authors or that authors should read reviews, then that just validates the idea that reviews are like a personal performance evaluation, which in turn overpersonalizes the relationship between reader and author and encourages more bad feelings between the two.

→ Jane
Previous article: REVIEW: Ghost in the Machine by Barbara J. Hancock
Next Post: REVIEW: Nikki and the Lone Wolf by Marion Lennox