The Politics of Dancing 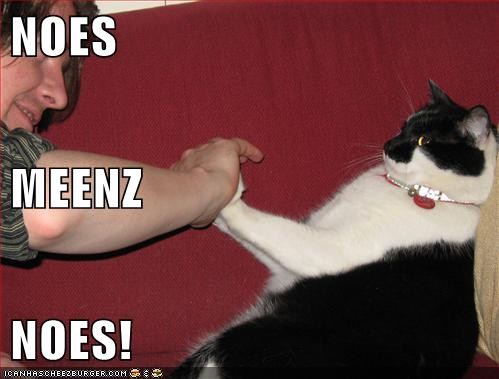 Last week I addressed the issue of gendered and sexualized power dynamics as central to the project of Romance, particularly heterosexual Romance. I almost wish I’d written that post after last night’s Oscar show, because I think Seth MacFarlane’s hosting reflected the kind of white male privilege we so often take for granted, to the point of “banality,” as an article in The Atlantic put it. Take MacFarlane’s joke about George Clooney and younger women, specifically the nine-year-old Quvenzhané Wallis, which MacFarlane probably intended specifically to satirize Clooney’s May-December relationship pattern. From the Clooney side, the joke is incisive, because it highlights the absurd ease with which the older man, younger woman pairing is accepted. However, switching to the Wallis side of the joke, things get ugly fast, in part because of the historical pattern of inappropriate sexualization of the black female body, and in part because Wallis is nine. I truly believe that MacFarlane did not even think about the joke from that perspective, steeped in the kind of white male privilege that perceives a joke about George Clooney entering the realm of the “dirty old man” to be edgy and fresh.

In MacFarlane’s case (and The Onion’s, for that matter), the stakes are high enough that the privilege is pretty ugly and glaring. But this is not always (or most often) the case. When patterns of perception and behavior become so repetitive as to be expected, they can so easily become invisible to us that we tend to overlook them as distinguished and therefore noteworthy. Take, for example, the ease with which we accept the device of the virgin Romance heroine or the fertility epilogue. The association of childbearing and sexual chastity with morally respectable, even natural, womanhood is very deeply embedded in Western societies, and in turn, the perpetuation of these values in genre Romance seems almost natural to the genre.

Because I began with the MacFarlane example, I think I need to say here that unconscious, unexamined principles, ideas, and values are not necessarily a bad thing. There is a certain extent to which we all harbor unexamined perceptions, and I’m not even sure it’s possible to have complete self-transparency within the society that has conditioned us to function well within its boundaries. Nor do I think we should always strive for that kind of illumination, because the risk of failure outweighs the possibility of insight. For example, sexual fantasies are produced from the unconscious, and while they may be influenced by social constructs, we can’t know how they’d be different in a different cultural context. Rape fantasies are a perfect example of this. Would rape fantasy been so common and prevalent outside a patriarchal context? Would they be so ubiquitous in hetero Romance if women did not face such real life vulnerability to physical violence from men? I’m not sure research is ever going to be fully able to answer these questions, and I’m frustrated that so many women feel shame around sexual fantasies they do not consciously control and that are not harmful to them or others. Personal taste may be another alchemical combination of factors we may never fully understand.

At the same time, I think it’s important that we don’t automatically assume that norms in the genre are beyond intellectual understanding. In so many ways, genre Romance struggles collectively and overtly with many social norms, trying even to think beyond them (subverting rules about class differences, for example, or about sexual identity), while failing to question or even implicitly relying on others. As a genre rooted in social conservativism (e.g. preserving the nuclear family through marriage and children), Romance has struggled with how to accommodate changing social values with the traditional representation of romantic happiness through the marriage HEA and baby epilogue. And this makes sense, when you look at the genre’s literary heritage.

Pamela Regis grounds her Natural History of the Romance Novel in Samuel Richardson’s 1740 novel, Pamela. The full title of the novel is Pamela; Or Virtue Rewarded, and Richardson calls his own book a “good, … edifying and instructive little Piece” in order “to shew the World an Heroine, almost beyond Example, in an unusual Scene of Life, whom no Temptations, or Sufferings could subdue.” As Regis notes, Richardson’s novel is a courtship story between Pamela, a teenaged maid, and Mr. B, her “master,” who basically holds her captive and attempts to morally debauch Pamela. The young heroine continues to resist Mr. B’s persistent advances, ultimately falling in love with him and marrying him. Pamela’s virtue is rewarded through marriage and social acceleration, while Mr. B becomes a better man through Pamela’s refusal to accept his morally corrupt propositions (Jane Eyre, anyone?). Pamela’s inherent virtue (identified via her virginity, of course) “saves” mr. B, while Pamela gains social and economic security by surviving the suffering she endures at the hands of the pre-redemption Mr. B.

I don’t want to de-emphasize the importance of the courtship narrative analysis, in part because courtship is at the center of the Romance genre, even though the genre, as we know it, is a 20th century phenomenon. You can certainly move forward from Richardson, through the novels of sentiment and sensation in the late 18th and 19th centuries, and see incredibly strong connections between those novels – which often contemplated “good” and “bad” romantic choices for women – and modern genre Romance. Marriage choices were of upmost importance for women, and while genre Romance has shifted the focus to the happiness effect of the courtship, the courtship elements of the genre have been imported from novels of sentiment and sensation (along with gothic and other elements).

I had originally planned to use this post to make a transition into the captivity device in Romance and its relationship to the historic development of the Euro-American captivity, a genre that shares quite a bit with genre Romance, including massive popularity and blockbuster sales numbers. But before I get to that, I want to talk a little about how genre Romance slides right along that line between the conscious contemplation and unconscious acceptance of social and cultural norms, values, and rules. In part this is because Romance is all about boundaries, in particular those boundaries that continue to affect the most personal emotions by defining rules of identification and conduct. In other words, Romance is a perfect illustration of “the personal as political,” because so often the love that these novels celebrate is socially taboo or even legally forbidden.

So why is this important? In part because Romance is simultaneously bringing the unfairness of certain social norms to our attention, while hiding the artificiality of others from our view. For example, historical Romance that criticizes arranged marriages but reinforces racial homogeny. Or the paranormal that undermines the trope of the physically weak heroine but relies on the sexual double standard that allows the hero more experience than the heroine. And to make it even more complicated, what each of us sees as transparent or hidden may vary, based on the particularities of our own conditioning.

This is a very powerful process. It reflects the way we see issues of sex and gender socially, it shapes the way we see the genre (what is “romantic” and what isn’t), and it serves as a point of intersection between the way we feel (the personal) and the way we represent (the political). When you really think about all of the social boundaries Romance simultaneously crosses and reinforces, is it any surprise that those books that reflect what I’m calling “Extreme Romance” (e.g. Fifty Shades, Motorcycle Man, etc.), are often the most popular and the most controversial?

We all have different ways of reading and understanding the genre. I tend to read genre Romance through its literary ancestry, particularly sentimental/sensational fiction and captivity narratives. And that’s where I’m heading with these posts, to a consideration of some of the more popular Extreme Romance novels through the lens of the genre’s literary history, which, in turn, is a function of socio-cultural values and norms. I’ve already discussed some of the gender and sexuality issues, and next I’m going to focus on issues of cultural “otherness,” disorientation, acclimation, and hybridization. I’m ultimately trying to get at some of the reasons I think exist for the massive popularity and importance to the genre of some of its more controversial books. I don’t know how successful this will be, but I do hope it opens the door for some good discussions about how the genre is implicated in reinforcing social privilege while also helping us see – and hopefully move – past it.