The Limits of Marketing: When Does Manipulation Go Too Far 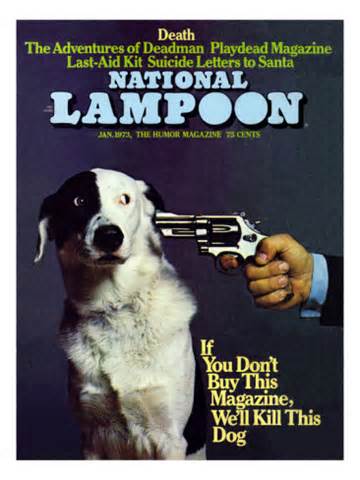 In 2006, a billboard appeared in New York City which announced that Emily knew all about her husband, Steve’s, cheating ways. The news of this spread through websites and emails faster than you could read the text of the billboard.  The whole thing turned out to be an advertisement for Court TV’s reality TV show, Parco P. I.  Savvy users who went to Emily’s website noticed similarities between Steve and Emily’s relationship details and parts of the show.  Similar advertising “hoaxes” have been played out since, mostly to positive acclaim.

This past weekend, we saw something strange happen in the ranks of self publishing that generated some interesting ethical questions of marketing and advertisement.

Self published author, M. Leighton, who rose to literary success on the back of her steamy YA “The Wild Ones” and a subsequent adult duology “Down to You” and “Up to Me”  released a book on May 14, 2013, called “Until I Break”.  While it wasn’t an immediate breakout hit, it was climbing the charts but not enough to push Leighton on to any bestseller list. On Saturday, it was in the Kindle 100s which generally means that an author is selling close to a 1,000 copies a day.

The book had an average of 3.8+ stars at goodreads and 4.6 out of 5 at Amazon at the time of Leighton’s post on Saturday. She declared that because of people not being able to accept her wonderful story of love and acceptance and healing, she was going to have to pull her book.

When I wrote Until I Break, I could’ve watered down the story, made it more palatable, easier to accept. But as an artist, I didn’t want to cheat Sam and Alec out of their story. As I’ve said before, life isn’t always pretty, but I had hoped that the majority of people would be able to see beyond the ugly to the wonderful story of love and acceptance and healing that was embedded in Until I Break. Sadly, that hasn’t turned out to be the case.

So, rather than risking people misunderstanding Sam and Alec and, therefore, me as a person and author, I’m pulling the book from publication. It will no longer be available in any format from any source after tomorrow. Yes, I could leave it out there to earn money, but every cent would be bitter, knowing that there are some who not only don’t “get” the story, but who are misunderstanding it in a disheartening way.

Now we’ve read books that have more disturbing aspects than what is in “Until I Break” and the notion of an author pulling a book because of negative criticism (most of which was unseen and none that were personally targeting the author) is somewhat baffling. But here’s where it turns strange. Despite “every cent being bitter,” Leighton keeps the book up through the weekend. “It will no longer be available in any format from any source after tomorrow.”

Obviously, Leighton could have easily made the book available for free through any number of avenues such as zero-ing out the price at Smashwords, offering a direct download link on her site, uploading it to Wattpad or Scribd or Goodreads.  Instead, she encouraged people to buy before the book is taken down.  Leighton is no inexperienced first time self publisher. She has over 19 titles to her credit.

But her perfectly craft plea that mingled a hint of something scandalous, a whiff of censorship, victimhood, and limited availability spread like wildfire through the community of readers. Readers left messages on Goodreads comment threads, in Amazon forums, and on blogs. Leighton had facebooked the post for her 12,531+ fans.

And the results were immediate and electrifying. The book started climbing the charts, falling almost immediately into the top 100 and further. By the evening it was at 7 and the next day it was ranked #5, likely resulting in thousands of sales, earning the author probably $30,000 to $60,000 in bitter dollars.

Leighton eventually did remove it. When asked whether this was a publicity stunt she replied that she hopes that no one would ever be as misunderstood as she.

Intentional or not, Leighton’s alarm resulted in immediate and positive action for her. Not only was she praised in the comments, but people defended her actions and chastised the mean people everywhere that were ruining it for the author and the readers. And Leighton hasn’t foreclosed ever revisiting this story:

Maybe one day (I sincerely HOPE) the world will be ready for Sam and Alec.

I’ll admit that I’d rather believe that Leighton is a very sensitive author who can’t take criticism rather than an author who runs a marketing ploy like this but as I contemplated this over the weekend, it occurred to me that not only is all marketing manipulative, haven’t we seen some of this in the past?  Thus begs the question, why would this ploy be wrong and others be right?

The whole point of marketing is to persuade you to take action in a favor of the object being marketed.  HarperCollins, for instance, is now offering free additional content if a certain level of pre sales are met.  HC won’t state the requisite number of pre sales needed to unlock the free content and is there anyone who really believes that HC won’t, at some pre determined time, release this free content regardless of how many pre sales it actually gets?  They aren’t going to come out and say, “well, not enough readers are interested in Eloisa James’ next book so we aren’t releasing the novella.”

What about James Patterson’s pledge to kill off Alex Cross if  enough people don’t buy his book? Most people look at this as a tongue in cheek pledge, but how many were spurred to buy new release, just in case?

How about authors who have begged readers to buy more books because if not enough books are purchased the publisher won’t offer a renewed? There are many pleas from authors to buy on a certain date, at a certain time, and in a certain format. I’ve heard countless pleas of “Buy us or we’ll stop writing.”

Or what about the female authors who pose as males in the m/m writing community? Isn’t that a marketing scheme of a sort to induce readers to think the author has more authenticity? What about the reverse with men taking a female penname? Author CJ Cherryh was advised to go by her initials for marketing purposes.

Lonelygirl15 was a weblog by a girl named Bree that started in June of 2006 and quickly amassed a huge following.  In September 2006, it was revealed that Lonelygirl was actually a production by three male creators: a screenwriter, filmaker and former attorney.  A 19-year old actress played Bree.

Along with Amanda Goodfried, an attorney who worked with Creative Arts Agency (CAA), the creators of lonelygirl15 created LG15 Studios to produce original interactive content online. LG15 Studios became EQAL in April 2008, with receipt of $5 million in venture capital to expand their offerings.

Self published authors misused the “tags” section so much on Amazon that Amazon removed that feature.  I’ve also heard of self published authors continually re-releasing their books so as to appear in the “New Release” section.  What about street teams? Karen Tabke admitted that she had her street teams go around the bookstore and place her books on tables that publishers paid coop money for.  Tabke laughingly called it the “Karen Coop”.

And let’s not forget about the cover quote. Cover quotes are quotes by better known authors used as endorsements for the lesser known book/author. Oftentimes friends give those for friends but many times an editor or agent will ask a favor of an author. Sometimes cover quotes are given for books that the author hasn’t even read, let alone endorsed. There was Sarah Strohmeyer who infamously invoked the name of Janet Evanovich as her “mentor” making it seem to some that Evanovich endorsed Strohmeyer’s Plum-like series called “Bubbles”.  Evanovich later denied this.

Assume that Leighton’s move was a pro marketing move designed to sell as many books in a short period of time as well as increase interest in her name and her work. Is that really any different than some of the standard practices in publishing or marketing overall?  What is ethical advertising? What do we expect from publishers, authors? Do we have different expectations from an author versus a publisher?  If so, why?