The Case of the Unlikeable Heroine 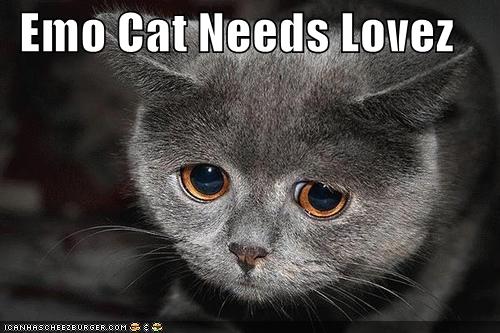 In reading reviews of Tessa Dare’s book, Goddess of the Hunt, and of Louisa Edwards‘, Can’t Stand the Heat, I noticed there were often comments about the female protagonists, or heroines, of the stories as not being very likeable. I know I struggled with Miranda, the heroine in Can’t Stand the Heat. I thought I would ask Tessa Dare and Louisa Edwards to help me jump start a conversation on the likeability of a heroine: 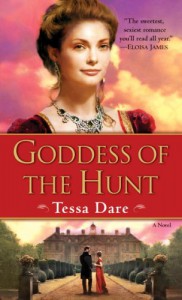 I will first say that I love Lucy, the heroine of Goddess of the Hunt. I never set out to write an “unlikeable” heroine–I set out to write a heroine who felt real to me, and whom I hoped would feel real to readers.

Lucy is young and brash and stubborn, and she makes a lot of mistakes. Many readers love that about her. Some really, really don’t. I’m okay with that. Of course, it’s nice when people love Lucy like I do, but I’m actually sort of proud of the fact that she’s inspired such a range of strong emotions.

Readers read romance for a wide range of reasons. Personally, I think I’ve always identified with heroines who make mistakes. I’ve made plenty of my own mistakes, and I gravitate toward stories where a flawed heroine gets her happy ending. My favorite Austen heroines, for example, Elizabeth Bennet and Emma Woodhouse, make very grave errors in their perceptions of themselves and others, with disastrous consequences. They do take steps to make things right. But earning their happy endings doesn’t mean altering the fundamentals of their characters, just arriving at a better understanding of their imperfect selves and displaying a willingness to grow and change. And they are rewarded with handsome, wealthy (imperfect) gentlemen who know and love them “just as they are.” (Mark Darcy/Bridget Jones, anyone?)

That, to me, is a powerful romantic trope, because I know perfection is well beyond my own reach. And that’s the kind of journey I’ve tried to give each of the heroines in my trilogy. Tessa, I love this! I wish I could just say “Ditto.” Although I have to admit that I don’t love Miranda, the heroine of Can’t Stand the Heat, in quite the same way you obviously love Lucy. I knew Miranda was difficult–challenging, even, when I was writing her; she’s a bit controlled and controlling, and she can be abrasive in her self-confidence. She loves her brother deeply, but at the beginning of the book, she’s not prepared to see him as an adult in his own right, and all her misguided attempts at protection and caretaking stem from that.

To take it a step further, I didn’t always like Miranda–but I believed in her. As a writer, I never actively tried to make her likable; I was much more concerned with making her real. And on some level, I think I assumed they were the same thing. That if readers hooked into the parts of Miranda that echoed their own lives or experiences, they would understand her, and that understanding would lead to liking.

Clearly, that’s not the case with every reader, which is inevitable. But it was important to me that Miranda’s reactions flowed from her history and personality in a true and consistent way, and that she eventually reached a new understanding of the people around her, and her own feelings for them, which allowed her to dig deep and atone. In the end, I think I accomplished that, at least to my own satisfaction. And since I can never hope to universally satisfy each and every reader (although that’s the dream!) all I can really do is attempt to write a story that satisfies me.

Miranda won me over by the end of the book because she made mistakes, regretted them, and owned them. She made a journey of self-discovery as a character, and without her flaws and imperfections, there would have been no story. Or at least, not a very interesting one. Perfect people, it turns out, are pretty boring.

Can you have a flawed heroine who makes mistakes and is still generally likeable? Can a perfect heroine be interesting?


Well, I think we need to define some terms here. What do you mean by “likable”? Does a heroine have to be universally liked to be “likable”? Because I consider Lucy to be a very likable heroine, and a lot of readers (I would venture to say the great majority, at least that I’ve heard from) have found her likable, too. It’s just that those who don’t like her, REALLY don’t like her.

Maybe what we’re talking about here is the completely inoffensive heroine. A heroine to whom hardly any readers will react negatively. Yeah, I guess I don’t write those! Though some authors do, and manage to do it brilliantly.

Can a heroine be both inoffensive and believable? I think so. Off the top of my head, can think of a few heroines who are interesting, strong, believable, and almost entirely inoffensive, and they star in some of the romance novels that are frequently named as all-time favorites.

But I think that’s verrry hard to pull off. An author runs the risk of making a heroine inoffensive to the point of being uninteresting. I guess thus far, I’ve preferred to err on the other side, and write heroines who have big flaws, but also big dreams and big hearts.

In the series I’m working on for 2010, though, my heroines are all a little older and have more responsibilities. Their struggles come less from growing into themselves and more from conflicting loyalties, as they are torn between obligations to family, work, community on one side and romantic love on the other. Again, I don’t know whether that makes them “likable” or not–but they feel real to me, and I hope readers will agree.

I’m not saying likable heroines are too perfect–sort of the opposite, actually, because I think perfection is boring and intimidating enough that it’s really hard, for me, to like and relate to characters with no flaws. An inoffensive heroine seems like a different thing–not boringly perfect, but probably also not the driving force of the plot. Flaws are helpful from a storytelling standpoint, unless you want all the conflict in your book to be external.

It’s certainly possible for a flawed character to still be liked by many readers, and in fact, I’ve gotten a lot of fanmail about Miranda–as with Tessa’s heroine, the hatred is certainly not universal. But she does seem to evoke strong emotions, one way or the other, which I can only be glad about. Whatever else you can say about her, Miranda seems to be memorable and she gets discussion going.

Even so, I’ll admit it was a bit of a relief to write the second Recipe for Love novel, because the heroine of On the Steamy Side is a total love. Very different from Miranda, and in some ways, more fun to write. Of course, her hero isn’t the happy Alpha that Adam is–because it’s about balance, too.

What do you prefer in a book? The “inoffensive but likeable” character? The thoughtprovoking character? I know I want to root for characters and if I don’t like them, I can’t. But as Tessa and Louisa point out, “likeability” is hugely subjective. What makes you like or dislike a character?

→ Jane
Previous article: REVIEW: A Lady of Persuasion by Tessa Dare
Next Post: REVIEW: The Last Will of Moira Leahy by Therese Walsh