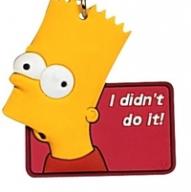 On a listserv, recently, I read one author suggest that it is the reader’s fault for the market saturation of the English, Scottish historicals (and ergo, the demise of the historical). On the one hand, there is the argument that several years ago we readers obviously wanted this type of book, asked for more of these books to be published and now capriciously have decided we no longer want it, leaving authors and publishers angry and bemused. My believe is that in the last five years, there have been very few books set outside England and Scotland. Readers weren’t given a choice. There were a few books set outside the Regency time period and away from England and Scotland but most of the market was set in the 1800s and full of Prinny, Brummel and the ton.

The argument then goes, but you readers didn’t buy those different books and different time periods. To which I respond, you simply cannot expect a reader to buy a book set outside of the Regency time period JUST BECAUSE of its time and setting. The book has to be well written. We know that authors were being encouraged to write Regencies, no matter their expertise or desire. Take Madeline Hunter. She wrote exquisite medievals and then went to Avon changed periods and wrote dull Regencies. I understand her numbers were better but did she benefit from better marketing power, placement in the bookstores, handselling by booksellers instead of just the time period change?

There are books being published and read today, in large numbers, that are set outside the traditional English, Scottish settings. Jade Lee is a rising star and she writes books set in the Far East – books that are rich with cultural mores different than the Anglo-Saxons. Lydia Joyce’s Music of the Night was well received and it was set in Italy. Loretta Chase’s novel, Mr Impossible, was set in Egypt as are Bonnie Vanak’s series. Elizabeth Vaughan’s fantasy series is set in a . . . pre-neolithic? time period in the desert with different races (I include this series as a traditional romance because while itÃƒÆ’Ã‚ ¢Ãƒ ¢Ã¢â‚¬Å¡Ã‚ ¬Ãƒ ¢Ã¢â‚¬Å¾Ã‚ ¢s an imagined world there is little to no magic involved in this story). Susan Carroll’s French Revolution books were published by Random House this past year. (I would link to her website, but apparently she hasn’t gotten the word).

If there was such a trenchant stance by readers that any setting outside the Regency England/Scotland was not acceptable, why are paranormals, futuristics, fantasy books growing in popularity? Because readers are not finding the diversity that they crave in the traditional sub genres of historicals. I have heard by more than one reader that fantasy books are the new historical. They are fresh, with different settings and somewhat different conflicts.

Publishers, more than anything, force the reader to buy certain types of books. I am tired of the vampire stories, but when I go to the bookstore and that is all I am surrounded by from authors that I know, that’s probably what I will be buying. What I see happening is that one or two authors write really great stories in a particular time setting and the readers clamor for more. The publisher gives them more and urges other writers to write in the setting because that is what the reader wants. It’s a misconception. The reader doesn’t want all more of the same – they want more of the two authors that they read that were really good. Instead of fostering or marketing individual voices of authors, publishers seem to try to make them all the same. It’s what has happened in the historical genre. The sameness of these books is getting to me. (ditto with the vampire books).

Further, to understand the regular reader, you must take into account book prices and sales. My neighbor is a long time romance reader. She is what I would term an average reader. She is not online. She does not subscribe to the Romantic Times. She does not read reviews. She has a small keeper shelf of maybe 50 books. She buys about two romances a week. She is also a mother, a busy mother, and she does not have time to go to the bookstore outside of some other type of errand run (ie. a mall run, a grocery store run, a target/wal-mart run). She also says that with books 6.99 and up and the increase of books published in trade format she cannot afford to take risks. She has only about 10 minutes to browse the shelves, look at covers, and read the back before she has to make a decision and move on. With her time and cost constraints, she is going to buy something familiar.

I don’t believe that the reader is to blame for the downturn in historicals. We have so little control over what is going on in the marketplace. I feel like you are saying we readers are bad people for liking a certain book and buying it in droves. I think readers should be able to be excited about books like Quinn and Garwood and Ward without being punished by publishers when they force all the authors to write just like those successful authors. Reading is far more pleasurable when book A is different than book B, particularly with avid readers like romance readers who tend to burn through 2 to 3 books a week. Diversity is the key to a healthy romance genre. My hope is the publishers and authors realize that readers just want a good story. Deliver that and we’ll buy no matter the time period, the genre, or the paranormal creature.

What do readers think? Is the historical dead? Is it the reader’s fault? What can be done to revive the genre? or is it just cyclical?