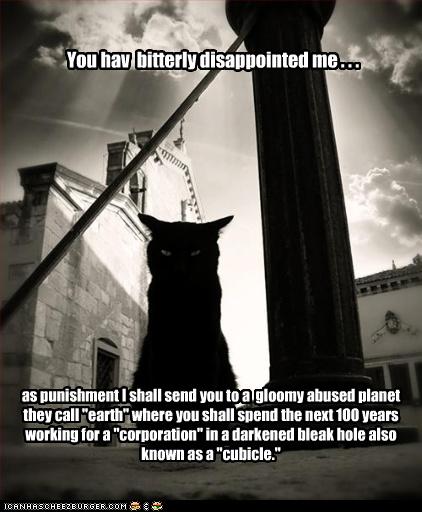 As I was reading the latest Susan Elizabeth Phillips book, Call Me Irresistible, I was struck hard by how many of SEP's heroines suffer seemingly endless humiliation and degradation over the course of our acquaintance with them. And because of this, they have been bittered to a certain degree.

Rachel, in Dream A Little Dream, has endured a terrible marriage and public flogging, followed by myriad small and large cruelties when she returns to the town in which she once lived large with her televangelist ex (and now dead) husband. When we meet Blue Bailey in Natural Born Charmer, she is wearing a dirty, sweaty beaver suit, broke after her cheating boyfriend abandoned her and her do-gooder mother cleaned out her bank account. And yet one might think she had not yet known how low she could be brought until she meets Dean Robillard, who picks her up on the side of the road but promises to exact a high price for his assistance. In Ain't She Sweet, Sugar Beth Carey returns broke and humbled to her childhood home, an ex-spoiled brat who once selfishly and spitefully engineered the downfall of her high school English teacher. But does Sugar Beth catch a break once she's home? Hell no. Colin Byrne, the teacher in question, now lives in Sugar Beth's childhood home and neither he nor Sugar Beth's old friends from high school can see her suffer enough for her former misdeeds.

I could go on, but before I abandon this summary, I want to include Meg Koranda, whose wealthy parents have cut her off, and whose best friend flees the altar, for which the entire town of Wynette, Texas blames her, including and perhaps especially the ex-fiancé, golden boy Mayor Ted Beaudine. It doesn't matter that Meg is not responsible for Lucy running away from marrying Ted; it doesn't matter that Ted and Lucy would have been miserable. When Lucy's parents make Meg promise to stay in Wynette to see if Lucy returns to town – "It's the least you can do after causing this mess," Lucy's mother tells her – it presents a problem because Meg has no money or working credit card. Hilarity ensues.

Thus my title for this post, the bittered heroine. Not the embittered heroine or even the bitter heroine; this heroine is made bitter by the circumstances created for her. She is a character device and her bittering circumstances are often a central part of the book. There may be a certain hardness, even harshness to her veneer, and she is definitely not sweet. She's usually got a smart mouth and a bruised vulnerability that makes her ongoing suffering especially punitive, even, as in Sugar Beth's case, some of what she's dealt is payback. But more often the heroine's sins are pretty minor. Rachel married the wrong man and then let him be a crook and a creep. And for that she finds herself undressing her emaciated body for Gabe Bonner to prove to him that she will do anything for a job. "Where's your pride?," Gabe asks her before rejecting her offer. "I'm fresh out," Rachel admits, and as if to illustrate that, whatever fragile financial security Rachel secures with a job is eclipsed by too many other personal and emotional humiliations to count.

This pattern is not new to the genre, of course. Rachel Gibson's books sometimes feature a beaten-down-by-life heroine returning to her hometown, and Jennifer Crusie's heroines often endure a good deal of suffering and degradation, although she tends to give them a small circle of friends or at least the tentative support of a family member. Jo Goodman's The Price of Desire features a heroine whose desperation to save her brother makes the price of her body seem reasonable to her.

But the bittered heroine is wrought to high melodrama in SEP's books, the heroine type so vividly drawn, so painfully deprived of pride and dignity that they bring into relief the extent to which a heroine may have to suffer for love. And in some cases, she must suffer at the hands of the hero, whose own emotional torments can be exorcised through his somewhat tortured relationship with the heroine. But why? Why must the heroine be bittered in order to find love, especially when the punishment so far outweighs the sin of pride for which the heroine must apparently fall and suffer.

Could it be that the bittered heroine is the female equivalent of the rake hero? The way the rake is brought low by love seems to mirror that way the bittered heroine is brought low for love. And the extent to which the rake hero must reform his life for the heroine seems to echo the way the bittered heroine gains the right focus and purpose for her life with the hero. But where the rake hero's suffering is often manifested in the emotional self-revelation of his own depth, the heroine's happiness is often earned through her suffering, a skewed martyrdom in which she has to be almost completely dismantled and then reformed (in both senses of the word) by the hero's love. Take, for example, the way that Colin writes two books about Sugar Beth, one that covers her youthful cruelty to him – "I feel like I was raped," is her response to that one – and one that tells the story of their love that is intended as a wedding gift. There is a question throughout the novel as to who is telling the story of Sugar Beth, and Colin's renderings have a great deal of power over how Sugar Beth is seen by others, including, I'd argue, the reader. It's as if the agent of some of the heroine's greatest torture inevitably becomes the means by which she must be saved.

One could argue quite handily, I think, that the bittered heroine is a convenient character device by which she is isolated enough from financial, emotional, and physical security to be ripe for the hero's romantic attention. And in the case of a heroine like Meg, her gauntlet engenders a strong sense of self-preservation, self-reliance, and plain old gumption, not to mention giving her the career focus she previously lacked. And compared to a classic fictional heroine like Hardy's Tess of the d'Urbervilles, at least the bittered Romance heroine gets to live and gets a happily ever after ending.

Still, I find myself more and more uncomfortable with the Romance heroine who is relentlessly humiliated. That I can't seem to look away makes me feel complicit, even though I understand that part of the device's logic is to create a bond of empathy between her and me. Beyond that, though, I'm not completely certain why I find this device so problematic. I think some of it has to do with the idea that pride is a bad thing and that the heroine must be brought so low that the exultation of her ultimate happiness seems even more intense and cathartic. But in some cases it seems to me that the message here is that the heroine must literally be destroyed and re-made into a better version of herself for the hero – that she must be re-figured to be deserving of the hero's love and of her happily ever after. To some degree love re-makes everyone in Romance, but the bittered heroine's humiliations can be extreme and unreasonable. She seems to suffer more than the rake hero, despite the fact that she often seems in less need of reform.

Is it possible that the bittered heroine must be brought so low because her humbling makes us feel better in some way – creates sympathy, makes us root for her, wins our approval? And if that's the case, would the dynamic be the same if the genre was aimed at male readers?

What do you think? Do you like the bittered heroine, and if so, why? Any great examples you can recommend? And if, like me, you're uncomfortable with this device, any insights into why? Is this a gender issue, a genre issue, or is it just me who feels this way?