The Art of Exaggeration and Romance Fiction 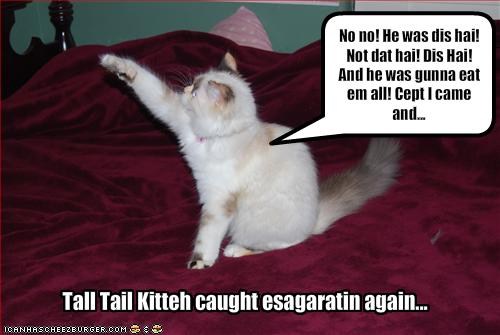 In “Lover Eternal,” Rhage is described as having “shoulders were broad as the door he’d come through, his legs so long he was taller than anyone in the place.”  Wrath is six foot six inches with “[s]houlders … twice the size of most males”. Vishous is “six feet, six inches tall and built like a brick shithouse”

What’s fascinating about the use of exaggeration in the BDB series is the difference between a pre-transformative vampire and a post transformative vampire.  The pre-trans vampire like John Michael was “At the age of twenty-three, he was five feet, six inches tall, 102 pounds.”   He’s delicate, completely hairless, and impotent.  The post trans John Michael is wearing “a fleece the size of a sleeping bag, an XXXL T-shirt, and a pair of size-fourteen Nike Air Shox in a shiny new box.”

But exaggeration isn’t just used in paranormals.  It permeates every part of the genre.

In the contemporary setting, we have heroines who aren’t merely poor, but they are poor, abandoned and pregnant.  In Trish Morey’s “The Heir from Nowhere”, the heroine is described as “so undernourished, she looked—weighed down” and a “ragged urchin” wearing a “thin discount department store cardigan” and “shabby and pale, a ghost of a woman dressed in drab clothes and with hair the colour of dishwater pulled into an unkempt ponytail.”  In her home, she has only “two remaining mismatched chairs” and “a rickety side table”.

There is Roarke from the J.D. Robb series and Gideon from Sylvia Day’s Bared to You books that own half of New York City, if not more.  Roarke seems to own every major establishment on Earth and off Earth worth owning.

In romantic suspense, authors vie to have the most gruesome killers doing the most vile things (mostly to female victims). It is not enough for the villain to have killed one person.  For the sake of the book, he must have killed five or six and be working toward an even dozen.

In historicals, we have an ungodly assortment of dukes running around not to mention titled spies.  According to this site, only 40 dukes have existed at any one given time.  Yet, if you look at the historical romance shelves, there have to be at least 4,000 of them.  And let’s not get started on the rakes in romance.

Exaggerations are utilized, sometimes intentionally and oftentimes unconsciously, for emphasis.  In the BDB series, the physicality of the males is highlighted because the heroes are warriors and in this mythos, the warriors are characterized by otherworldly strength and endurance.  Their reward for suffering the diminutive, effete, hairless body pre trans is a post trans body that inspires awe and fear.  It is the literal extrapolation of the Charles Atlas or Captain America comic.

In Harlequin Presents, the exaggerated circumstances of the downtrodden female are used to create sympathy for the heroine, a first layer of angst necessary for a successful HP recipe. The wealthy male cannot be brought to his knees by an equal. Instead, the power dynamic must be imbalanced from the beginning in order to make the flip at the end more emotionally resonate.

With wealthy heroes, whether they be the contemporary billionaire or the historical duke, the exaggerated wealth provides security for the heroine and allows her the freedom to pursue her own endeavors without the pesky worry of a regular income.

For the male rakes, the idea is that if he can satisfy a legion of women, he can satisfy the heroine and bring to her the most powerful orgasms in all of creation. Moreover, the vast legion of pre heroine women he has taken will make his final decision one that is true.

The primary use of exaggeration in romance is to provide security for the heroine whether it comes in the form of brute strength, financial means, or sexual prowess.  The serial killer may have escaped undetected but he is no match for the hero (and sometimes heroine).  The exaggerations, when given some thought, may be frightening in real life such as the devoted lover who bugs your telephone; GPS tracks your car, and determines what you wear.  But in romance fiction, the readers convert those characteristics into something more palatable, like how the body converts sunlight into Vitamin D.  The reader mind converts the huge beast of a male who stalks the heroine’s every move as a sign of love and devotion. The rake’s past excesses are converted into sexual prowess that is used only to satisfy the heroine.

Ubertreibungskünstler is a German term for “artists of exaggeration”, an insult leveled toward politicians who use rhetoric to manipulate and deceive.  But in the case of fiction, isn’t that what we ask of our authors?  To weave a web of words that make us believe in the fantastical?

The danger with using exaggeration is, of course, the overuse.  The over use of any particular exaggerated form results in a reader immunity.  The millionaires have turned to billionaires.  The serial killers into progenitors of mass homicides.  The six foot six man becomes the eight foot monster (Rhage) until all the exaggerations turn upon themselves and become no longer a fantastical fantasy but a laughable one.

Overuse of exaggeration ends with genre staleness.  When readers become disenchanted with a trope or a characterization that is used too often, the conversion no longer works for them.  Even Vitamin D, in excess, becomes toxic and dangerous negating its previously positive effects.