Stay tuned for some exciting features at Dear Author (exciting for us at least). The week of October 2nd through October 8th we will be featuring an interview and several reviews of an author that the Two Ja(y)nes and Janine love. Today marks the first of a three part series on Romance Publishers Promises to Romance Readers. Today’s articles addresses Advertising (the delivery of the promise), next week will feature an article on Branding (the promise), and finally we’ll end with What to Do When a Good Author Goes Bad (or when the promises are broken). 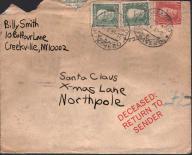 Advertising is the one way that the promise of an author or publisher is delivered to readers. Of course, the writing is the ultimate delivery of the promise that authors and publishers are making but to get a reader to read the promise. In romance, the promise is that there is a committment, a love, between a core group of people. In mainstream romance, generally one woman and one man overcome obstacles to achieve a lifelong togetherness. Publishers deliver the promise a couple of ways:

Way back in May, I questioned whether Kensington was engaged in false promises in the promotion and sale of it to romance readers. The original quote that got the discussion going was smartly caught by Angie W. During an interview with PNR Paraphernalia, Aphrodisia’s Editorial Director stated this:

Audrey L.: While very hot and sexy, Brava still follows the “rules” of traditional romance–"one man and one woman fall in love in the course of the book and arrive at some sort of permanent commitment at the end. Aphrodisia throws away the rules–"anything goes, as long as it's super hot, sexy, explicit, legal, and all about a woman's sexual pleasure. Oftentimes the woman does find and fall in love with her soul mate, but that is not a requirement. However, a happy (or shall we say an extremely satisfying?) ending is a must.

Since that time, other Kensington quotes have come to light.

From both Bookseller Chick and Bookseller Jolie we know that Aphrodisa, Avon Red and Harlequin Spice all categorize their books as “romances” for the purposes of shelving at the bookstore. The more I read this type of blatantly false advertising, the angier I get. Almost all books feature some type of love story but love stories aren’t romances and love stories are not what the romance reader is looking for.

In a recent Romancing the Blog article, Michelle Buonfiglio (she of the NATIONALLY syndicated romance review column), wrote

If the hero and heroine aren't engaged or married by the epilogue, is it really a romance?

I say nope. No way. For me, a romance follows this simple form:

1. Boy meets girl.
2. Girl kicks boy to curb.
3. Boy –" figuratively and/or literally on his knees –" learns he can love without losing his intrinsic masculinity.
4. Boy and girl get engaged, get married, or at very least make it clear they'll probably wed after they've lived together a couple years.

I don't wanna know for nothin' else.

Let's face some facts, though. I don't promote those alt romances in my column because they aren't mainstream and aren't what the majority of romance readers are buying.

The facts are that Aphrodisia, Avon Red, Harlequin Spice know exactly that they are doing in telling booksellers that the books are romance. They want placement in the romance section where billions of dollars are spent. Not in the self help or sexuality section where few romance readers have EVER looked.

Originally, I thought I would file a complaint with the FTC. The Lanham Act defines false advertising as:

“Any advertising or promotion that misrepresents the nature, characteristics, qualities or geographic origin of goods, services or commercial activities” (Lanham Act, 15 U.S.C.A.  § 1125(a)).

It’s pretty clear that Kensington is engaged in a blatant violation of federal law which exposes them to fines from the federal government and lawsuits from consumers, possibly even a class action suit. But as I thought about the rights I had as a romance reader, I also thought about authors. Authors have no control over the advertising done by the publishers. A lawsuit or complaint to the FTC may adversely affect the innocent author’s pocketbook.

Most every reader who has commented has felt the same way. If you say it is a romance, make sure that the novel includes one unit achieving an emotional committment that implies forever togetherness.

What I find most interesting is that whenever there is a topic like this posted on blogs, authors come out in droves to say “My book really is a romance”. Should an author of a book in the romance section or labeled an erotic romance have to come out and say read me, I’m really a romance? It’s a poor waste of comment space. Their time and energy should be spent saying “Read me, I have an emotionally wounded alpha hero who is scared of love but falls hard for a strong but emotionally vulnerable woman.” Or “Read me because my story is the ultimate in childhood friends awakening to their love for each other when their friendship is threatened by outside sources.” Or “Read me because my vampires are funny as hell as they drink, bite, and fall in love.”

My suggestion is that readers and authors write to the editors of the lines they care about and tell them that if a book is labeled romance or asked to be shelved in the romance section, that it needs to have a HEA. Not a satisfying ending, but an HEA featuring a lifelong committment between the main protagonists.

What do readers think? Should non-romances be shelved with romances? Are authors being forced to assert their book has an HEA? Is it false advertising in your book for a publisher to request its non HEA book to be placed in the romance section?

Next week: Branding (How promises are made)

→ Jane
Previous article: Does ebook reader the discussion begin and end with backlights?
Next Post: REVIEW: Wave Me Goodbye by Jura MacLean Sherwood