Readers’ Rights to Buy When, Where, and in What Format They Want 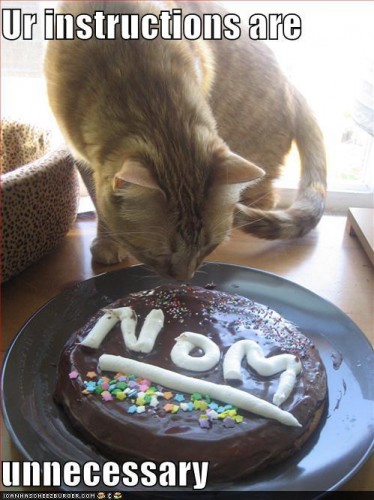 Last month, Sunita sent me a link to a book inspired by a schoolteacher in Paris named Daniel Pennac. Pennac had created a readers’ list of rights to encourage young people to read. This list was combined with illustrations by Quentin Blake and then published. The U.S. version has only black and white illustrations, but the international version can still be had by U.S. and non U.S. readers. She said that each “right” could be the topic of a blog post. So true (if you want to write one, let me know)

And when a reader exercises her rights to purchase or not to purchase, she should not be qualified as a bad reader or even a bad fan. There are so many decisions that go into purchasing a book and not all of them have to do with the author herself.

Telling readers that if they really care, they’ll buy a certain way and in a certain format is akin to saying If you really love me, you’ll –insert action most favorable to me–. (As an aside, is this a SFF thing? Seanan McGuire purportedly gives helpful instructions on how to keep her writing. Rob Thurman does this too, only she’s more militant and also wrong**).  Gail Carriger says on her blog:

What to do if you really truly want to help an author. (I’m talking specifically first week here.)

I write this, not only for myself, although Gail’s continued subsistence is, naturally, of primary interest to me. I write this for all us authors ~ for the brand spanking new writer with her first book soon to appear, for your old favorite who has been writing for years or decades in a solidly mid-list manner. If that author is alive and kicking, the best thing you can do to keep them writing is the following . . .

1. Buy her new book, dead tree style, from a brick & mortar bookstore, within the first week of that book’s release. Go Indy if you can.

3. Remind your friends and fellow readers that the book is out.

4. If you would rather read online or digitally, but have the funds to be kind, buy the paperback and give it to a friend or the local library. Then buy the ebook version. (Often the ebook comes out after the paper copy anyway.)

But you know what really got my dander up about these instructions? The justification is completely wrong, Gentle Reader. These instructions and the explanations lead to comments like this:

I had no idea that eBooks didn’t count! Although it’s such a large part of the market now, it really should. I know when I finished reading Soulless on my Kobo app for my iPhone, I immediately bought Changeless and then Blameless. Instant Gratification! But I will buy Heartless in print now that I know it will help you.

Gail, the author, gives reasons for these instructions.

1. Because paper sales count “most” toward the NYTimes.

WRONG. There are now five main lists in the Times: Hardcover, Trade, Mass Market, eBook, and eBook + Paper. Further, not all indy booksellers report to the NYTimes. Only a select number of indy booksellers are store reporters, those stores that send a list of books to the Times. So buying indy to get on the list could be an utter fail.

2. If the Big Chain isn’t shelving or distributing the book you want to buy, you do need to punish that chain by going to their competitor, rather than online. Of course, you never read it here, but independent bookstores are particularly responsive to your needs. Particularly responsive.

As long time romance readers know, many independent bookstores are not only NOT responsive to our needs, they can be downright snobbishly condescending about our needs. Further, who is paying for my gas as I drive all over town trying to “punish” the chain?

3. Because, under most current active contracts (to which I have been privy), an author’s ebook doesn’t count as much toward primary sales so far as royalties and NYT are concerned (again see comments below for more), and rumor is they aren’t being reported accurately on royalty statements anyway.

Under current traditional contracts, most authors earn 8-10% off the cover price of a mass market sale and 25% off the net (often 17.5% off the cover) of a digital book. Thus, the author’s ebook sale actually earns the author a bigger royalty off the digital book sale. What Carriger may be saying here is that her print run was so voluminous and there were so many returns by the bookstore to the publisher because readers bought digital books, that her subsequent bookstore orders were smaller. Smaller orders often mean smaller advances as publishers haven’t figured out how to best incorporate digital sales into their advance calculations. But more digital units sold means the author gets more on the back end of the contract. And Carriger’s doing all right. According to Publishers’ Marketplace, Carriger’s sale of HEARTLESS and TIMELESS was a “good deal” which is between $100,000 and $250,000 for both books. I think that information should be included in the “BUY HERE, BUY PRINT, BUY NOW” post.

Readers don’t need to be responsible for whether an author gets more on the front end or the back end. That is the job of her agent who seems to be doing very well for Carriger.

Further, the italicized “rumor” bit was added after Gail Carriger and I had a little exchange on twitter. It wasn’t there initially as you can see by the screenshot below.

I found it interesting that Carriger is a client of Kristin Nelson who not two weeks ago claimed that it was FACT that publishers were underreporting royalties.

Carriger admitted that she hadn’t done an audit, that she was waiting for a writer’s organization to do this, and that she was getting her information from one Kathryn Rusch, who, as I pointed out to Carriger, doesn’t even have the same publisher as Carriger.  I’ve sent an email to Hachette asking them about this issue.

ARGH! again. All this misinformation. I had one reader on Twitter ask if she should cancel her Kindle order because obviously she didn’t want Carriger to be cheated out of any money. When authors and respected agents make claims that publishers are cheating authors, readers want to respond positively. They want to be helpful. In light of what happened with digital publishers in the past or with Dorchester, online readers are paying attention and want to know that the money that they spend will go to the author, not eaten up by a publisher in some shady accounting scheme. If authors are going to make the claim that they aren’t getting the money due them from ebook sales let’s have some proof to back up that scare tactic because without proof, it is a scare tactic and a pretty distasteful one.

Apparently authors are comparing their Amazon Kindle rankings for self published books against the rankings for their traditionally published books and finding the sales figures don’t match up. There are so many variables in the rankings, such as who else is being sold at the time, how many digital readers today versus six months ago, and that Amazon and BN haven’t ever told ANYONE how their rankings work and therefore who knows what those rankings mean from day to day, month to month, year to year. If there is underreporting, then contracts allow for an audit.  Readers do want their money to go to the authors. They don’t want authors cheated.

However, the reader is the ONLY PERSON in this transaction that makes NO MONEY. Why are they being the ones ordered about? Why prey on their natural instinct to be helpful?

Readers, don’t feel guilty about where you buy, what format you buy, when you buy. Just enjoy your damn book. Or don’t enjoy it. It’s your money, your time, your book. You can still be a TRUE FAN if you buy in digital and five weeks later. I know I am all lathered up about this, but this whole “buy x at y time because of totally incorrect information that I am passing off as fact” gets me going like few other things. We all have our hot buttons and this one’s mine. Rant off.

Sigh. I feel so much better.

But should authors be able to ask for readers to help them get to the top of the list? Probably but I wish it was done in a more honest way and without the dissemination of inaccurate information. I think  it would not have bothered me so much if it was stated something like “I want to move up the bestseller list and here are the ways that this can be accomplished” rather than couching the plea in the ‘if you really want this series to continue, you’ll need to do x, y, z and jump through a hula hoop.’

I understand wanting a book to succeed. I understand wanting a series to continue. I have those series myself.   We are constantly giving away books to promote those titles because we want the fire of excitement for that book to catch hold and spread.  But I’m not out there telling readers to buy this book right now or else they don’t love me or the books I am supporting enough. These pleas really bother me because there’s no acknowledgment, it seems, of being appreciative of the reader who loves the books, regardless of how those books are obtained whether it be from the library, the used bookstore or in trade, or purchased digitally or in print.

Use the comments to let me know what you think? Am I being too harsh here?

** Rob Thurman once told her readers that presales did not count toward the bestseller list and she also complained that her royalty check put her in a lower earning bracket than the fast food worker:

All right. I received my royalty check (which puts the KFC worker I saw today with her polyester pants so tight I could see her thong in a better earning bracket than me.)

No mention of her advance, of course, and what tax bracket that put her in.