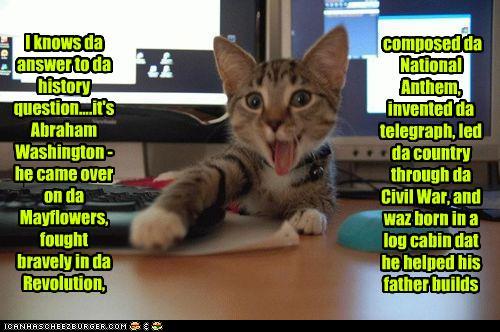 Did Kathleen Woodiwiss’ The Flame and The Flower really give birth to the romance genre? Until last week, I’d always assumed the answer was a resounding No. But there seem to be quite a few sources that think it did. Wikipedia asserts that the publication of TFATF marked “the birth of the modern romance novel.” In Beyond Heaving Bosoms, Sarah Wendell and Candy Tan call it “the clearest predecessor we can find for the modern romance novel.” But what do we mean by “modern”? To a great extent we mean “modern European historical romance.” Avon editor Carrie Feron  acclaimed Kathleen Woodiwiss as “the founding mother of the historical romance genre.” This tends to come as a shock to readers of Georgette Heyer, or even Barbara Cartland. And never mind Catherine Cookson, the undisputed Queen of the Clogs & Shawls subgenre of romance (never mind because even in the time of the international internet, apparently we’re all Americans). Nevertheless, Woodiwiss definitely jumpstarted something romance-related. And I would argue that what TFATF jumpstarted is even more interesting than giving birth to romance.

Janice Radway’s Reading the Romance gets pilloried quite a bit in the online romance community. But whatever you think of the literary analysis contained therein, the first chapter, on the impact of Woodiwiss and the bodice-ripper sub-genre she introduced, is brilliant in demonstrating the importance of what she terms a “new category” of romance fiction within larger publishing trends. Radway discusses the rise of the paperback as a new profit center for traditional publishers, the acquisition and consolidation of boutique publishers by media conglomerates (plus  Ã§a change, etc. etc.), and the rise of the paperback bestseller. Publishing companies had discovered the buying power of women readers years before feminist movement took off in the mid- to late-1960s. Looking to replace the decreasing popularity of its mystery category line, Ace Books began a gothic romance imprint in 1960 with a novel by Phyllis Whitney. Other publishers soon followed, including Doubleday through its Fawcett Crest imprint, and Radway observes that they were “almost immediately successful in establishing gothic romance as a particular category and in creating a growing demand for new titles.” By 1971, when the demand for gothic romances was at its peak (first runs were as high as 800,000 copies), Dell was issuing four to five titles a month. Does this sound familiar?

So what happened to gothics? No one seems to have a good answer. Maybe the ingenue-meets-dodgy-hero-in-gloomy-house plot wore out its welcome. Certainly one possibility was the public’s growing appetite for sexually more explicit fiction, which gothic romances did not satisfy. Publishers had realized, both from the popularity of gothic romances and from their own surveys, that women were more than half the book-buying market, and we were increasingly willing and eager to read books with more and more graphic sex. In addition, the financial demands of printing technology in a profit-driven enterprise required a steady stream of books which could be counted on to sell. Gothic romance sales peaked in 1971, but the downturns in successive years made it clear they couldn’t be counted on to keep the paperback ship afloat.

Enter the slush pile. Nancy Coffey at Avon picked TFATF off the heap, took it home to read and couldn’t put it down. So Avon bought it, decided to publish it as a paperback original, and put their marketing might behind it. TFATF didn’t really break new ground, but it put together a winning combination of proven ingredients. It combined the historical sweep of bestselling sagas with a focus on the hero and heroine’s relationship which had hitherto been the domaine of category romances from Harlequin/Mills & Boon. And, of course, it added sex. In his insightful and compulsively readable survey of 1970s bestsellers and popular book publishing, John Sutherland characterizes the bodice-ripper genre as containing “a great deal of accurate sexual and inaccurate historical detail.” And, of course, there is the purple prose, which really was a new departure (perhaps to accompany the purple passion?).

The rest, of course, is history. The European Historical genre that was spawned by the spectacular success of TFATF obliterated the gothic romance and still dominates public perception of the genre today. Is that a bad thing?

Well, obviously the enduring public equivalence of romance=bodice-ripper simplifies and distorts an understanding of the depth and richness of the genre. But even within the community, when we use single books and historical moments to illustrate larger points about romance, we divert attention from the other forces in play at the same time. When we focus on the birth of the modern romance novel in the 1970s, the other critical developments we overlook include:

(1) The publishing innovations of Harlequin Books. Harlequin had certainly figured out the importance of women as readers by the 1950s and 1960s, and they expanded their distribution in the United States in the early 1970s. They commanded a majority of the sales in the romance genre, but because they released books by several authors each month (and didn’t engage in preferential promotion of their authors), the books didn’t get the attention of single titles.

(2) The focus on a single book overlooks the larger market context in which the book was launched and received. So we don’t carry the larger lessons forward. Yes, TFATF was an important benchmark. But it was a benchmark for publishing as much as for the genre.

(3) We neglect the rich diversity of the genre. Is TFATF a good place to start in the genre as a reader? Not if you want an idea of what today looks like. But also not if you want to look at continuity within romance. Reading a 1970s bodice ripper doesn’t tell you much about European historicals today, however much fun a blast from the past can be. Reading Georgette Heyer gives you a better sense of the debt today’s Regencies owe to their predecessors, especially the historically rich ones. Similarly, the less gothic Mary Stewart novels shed light on the path the Romantic Suspense sub-genre took. And of course, any number of past category authors went on to write single-title contemporary bestsellers.

One final lesson we should be sure to learn from the 1970s experience: it was a time of technological and economic upheaval. Then it was industry consolidation and the emergence of the paperback as bestseller. Today it’s industry consolidation and the rise of the ebook as major seller (I’m betting an ebook bestseller is not that far away). And yet, Harlequin once again is at the forefront of innovation; it the first major print publisher to take advantage of   the ebook revolution with its Carina imprint. Apparently Avon is about to take the plunge. But will the NY publishers really exploit the opportunities of the technology? Will they see the expanding international reading public as comparable to the expansion of the reading public in the 1970s? And will they just produce more of the same, the way many publishers in the 1970s figured out how to turn hardbacks into sustained paperback profits, or will they put their marketing muscle behind a whole new genre, the way Avon did with bodice rippers? If they do, I think the smart money would be on m/m or erotic romance as sub-genres that are poised for the mainstream. But that’s a whole ‘nother post.