Past is Prologue, A Brief Look at History of Romance Communities on the Internet 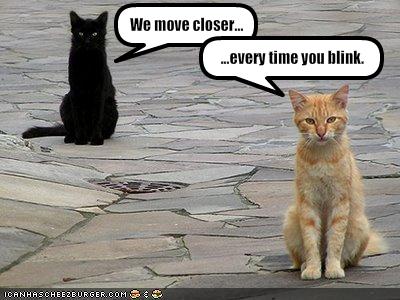 One thing that does not get enough acknowledgment is how past communities on the internet have blazed new trials in romance criticism and readership involvement in books. Michelle Buonfiglio’s piece about good communities and bad communities wasn’t just a swipe at Smart Bitch Sarah but it was an indictment of all communities that foster robust discussion. It raised old and tired arguments and worse dismisses or refuses to acknowledge the communities that formed the foundation of internet communities that we have today.   The main reason why internet is good for romance? Because the community keeps us loyal to and passionate about the romance genre and that results in greater sales. The basis for my post today is threefold:

My earliest memories of criticism of the romance genre came in the form of reviews at The Romance Reader. (Founded by Leslie McClain.) According to its current owner, Dede, Leslie started the site in 1995. There was no TRR domain but it could be found searching for romance reviews. In 1996, Leslie turned the site over to Dede and TRR still puts out quality reviews today. One of my favorite reviewers of romances was Susan Scribner who introduced me to more than one awesome five heart review during her turn as a reviewer.

Romantic Times had message boards as far back as 1998 although the archives of those conversations do not readily exist. From 1998 to approximately 2002, there were only four main threads but as more readers began to populate the message boards, the more that they wanted to talk about both the good AND the bad of the books they were reading. A month-long debate on the ‘Favourite Books and Authors’ threads gave birth to two to three additional threads to allow ‘critical posts’ of novels. One of those is the still in existence ‘Readers’ Roundtable.’

Laurie Gold, formerly of All About Romance, founded a Prodigy Romance Listserv for fans to engage each other about the genre. When Prodigy died, the list was moved to ONElist and it was renamed AARList. This ultimately morphed into the yahoo group, AARlist. Some time after this, a new yahoo group was announced called “canwetalk”. The list was open to readers only; no authors allowed. It was to be a place for readers to discuss books openly without dealing with or fearing the reactions from defensive authors. This caused a massive uproar.

However, the anonymous poster made a response to a criticism and accidentally revealed herself to be no other than LLB herself. LLB owned up and explained she was fed up with authors not allowing to give readers the freedom to discussion books with freedom and thus tried to create a haven for readers.   Authors were suspicious of ‘canwetalk’ enough to go undercover and “spy” on discussions. One author subscribed under her own name and announced that her “fans” had passed on critical comments from the list to her and so, she entered the list because she wanted to “tell y’all I am okay with negative reviews and anti-romance readers”.

RRA-List is another long running entity, possibly the oldest in existence. Dubbed the RRA-L (Romance Readers Anonymous List), it was founded in 1992 by Leslie Haas and Kara Robinson, two librarians. RRA-L gave out awards at the end of the year which are often cited by authors. Readers and authors alike mingled on this listserv and it was from this listserv that commonplace terms such as TSTL wallbanger, comfort read, and the like were coined. Preeti Singh lovingly maintained that awards list and fostered the listserv along with all the other inhabitants and contributors. The busiest period seemed to be between 1995 and 1997. 1997 was the inception of AAR and it’s possible that many on the list migrated to the open forum that AAR offered.   RRA-L still exists although as a Yahoo group now.

Since early 1990s, Romance readers learned HTML from each other or books to create a web site or CGI for a message board. Romance-focused web sites then began to spring up all over the internet. Online databases of romance novels were formed. Book swapping sites for romance readers developed. Sites that devoted to galleries of romance book covers. Sites that specialised in certain sub-genres. BYRON (Books You Read Old & New) was the result of a passionate romance reader who, with her brother, created a software program as a comprensative book database for romance readers. Although many were author-friendly, review web sites were a common sight.   Serious discussions among readers began.

For nearly as long as there has been an internet, there have been readers coming together to talk about books, both the good and the bad. There wasn’t a typical reader nor discussion. There were discussions of identifying and defining themes (friends-turn-lovers; revenge; beauty and the beast), types (tearjerker, epic, dark), then-unofficial sub-genres (western, pirate, regency, adventure, office), archetypes (Alpha/Beta/Gamma heroes, antihero/ines, experienced heroines), common plots, and pet peeves. There were also many discussions about definitions of terms, types of romance novel, historical fiction, reader types, ethics and the future of the genre.

There were even discussions about the conduct and ethics of authors’ online behaviour. There were different types and depths of discussions but all discussions have included both the negative and the positive. You simply CANNOT eliminate negative or contrary voices.   These voices will rise up in different formats and attract readers because we are not solely about sunshine and light. We want to talk about every aspect of romance from the very great to the very ugly.   Debate, even heated debate, is part of what makes the communities endure.

During this period, established authors and long-time readers, some who saw authors as celebrities, did not appreciate a growing number of new-generation readers voicing their less-than-complimentary opinions about romance novels and the flaws of the genre. Some called on their loyal readers to battle with these “anti-romance” readers, which caused tension and flame wars. It took years of several reader-author discussions to create a quiet agreement on how they should conduct their online relationships and revised the ethics of reviews. 2000 brought in a new generation of authors, formerly readers and familiar with the history of the online community, that made it easier for readers and authors to have book discussions and issues.

Even the Princeton conference wasn’t the first academic discussion of its kind. In 2000, Bowling Green State University held a symposium regarding romance. The featured speakers were Jayne Ann Krentz, Jenny Crusie, and Kay Mussell, Dean of the College of Arts and Sciences at American University, where she served as Professor of Literature and American Studies.

Dear Author is but a microcosm in the universe of romance communities that have come and gone and that have endured. (We, of course, want to be one of those that endure). Dear Author would not be here if it weren’t for those listservs. If it weren’t for TRR and AAR. If it weren’t for Mrs. Giggles. Or bloggers like Rosario, who started blogging in August of 2002! and Wendy, the Superlibrarian, whose archives stem back to 2003, Maili who helped so many of us (including Dear Author) get our start, and launched a whole new era of reader blogs. Readers have never viewed each other as competitors.   Instead, we share information. We riff off each others ideas.     It is this proliferation of strong voices on the internet that has helped, in some small ways, in creating the idea in others’ minds that romance is a legitimate genre; wholly different than porn and worthy of literary recognition.

One of the strengths of the Beyond Heaving Bosoms book is that there are bad works of fiction published under the romance umbrella. Owning that gives us credibility when we say that there are great books in the genre.   But even beyond the embrace of criticism of the genre is the creation of community.   Communities full of readers (of which authors are a subset) help to foster devotion and loyalty to the genre as well as ensuring the improvements and further developments of the genre with a critical eye.

Through these communities we find new authors but even better new reasons why we love the genre, it empowers us to talk to other people, helps shed some of the shame associated with reading romance. It makes us prouder, more articulate, and better ambassadors of the genre.

I would love to hear about what brought you into the romance community. What your earliest memory of it was.   What you like most and what you like least about internet romance communities. How you believe it will evolve.   These are my memories (spurred by Maili). What are yours?

→ Jane
Previous article: REVIEW: Vision in White by Nora Roberts
Next Post: Things Are Looking Up for Borders