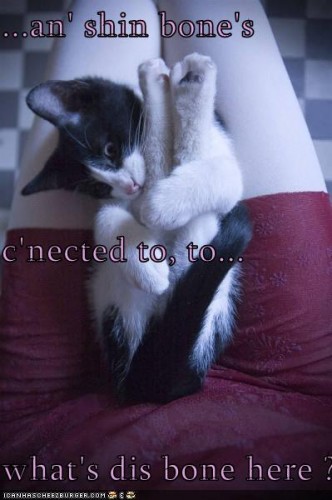 Some conversations in romancelandia never go away: accuracy and authenticity in historical romance, whether Jamie Fraser of Outlander is a great hero or the greatest, and whether series books are wonderful or maddening or both. Coincidentally, I was about to finish the last book of an eight-book series when I saw a column lamenting the lack of stand-alone books in romance. I was nodding my head in agreement when I suddenly stopped and thought, wait a minute. I’ve been reading series and linked books in the romance genre as long as I’ve been reading romance, and these include some that were written before I was born. Are there really more series books and less stand-alone novels? Is it that we notice series more because we talk about them as a community? Are they publicized more, by authors and publishers? Or is it just something we have mixed feelings about so the conversation never really goes away?

There are a number of ways books can be linked to each other in a series.

(1) They can feature the same characters over a number of novels, like Eve and Roarke in J.D. Robb’s In Death series, and the relationship develops over the installments. Among non-genre books, the development of Lord Peter Wimsey and Harriet Vane’s romance by Dorothy Sayers is one of my favorites.

(2) They can feature a shared world, with different main characters in each books; previous characters make quick or more extended appearances, the way strangers and friends do in real life. Meljean Brooks’ Guardian and Iron Seas series are contemporary examples of these; Mary Burchell’s Warrender Saga books and Angela Thirkell’s Barsetshire novels are blasts from the past.

(3) They can revolve around a family or set of friends, with each member of the group starring in his or her own book. They can be single-authored or multiple-authored. The Bridgertons, the Cynsters, the Mallorens, the Bedwyns and the Black Dagger Brotherhood come to mind immediately when I think family/friends series, and I don’t even read Laurens or Ward.

When I stop and think about it, romance is the only genre among the ones I read regularly where readers complain about too many series. The SFF and mystery genres are dominated by series, and the debate usually rages around issues of quality (Wheel of Time) or time between books (I know, George RR Martin is not my bitch), rather than whether they should exist at all. Characters can grow and change (Rebus, Dalziel, Spenser), or they can remain almost cartoonishly static (James Bond, Mickey Spillane, Nancy Drew, the Hardy Boys).

As a young and voracious reader, I absolutely loved series, even when they petered out in the later volumes (I’ve read the first five Anne of Green Gables books more than a dozen times, the last few rarely or never). I especially enjoyed following characters across books. And I like shared worlds most of all. The Warrender Saga is one of the best shared world series I’ve read, in any genre. I think that’s in large part because Mary Burchell was extremely knowledgeable about the classical music world, and her love for it shines through. Every book in the series isn’t outstanding, but they’re all worth reading and they don’t copy each other in plot and characterization (or at least no more than category romances do in general).

My other favorite shared world series is Angela Thirkell’s Barsetshire oeuvre. You might almost call it fan fiction. Thirkell took the English county that Anthony Trollope invented, created descendants of his Barsetshire and Parliamentary series characters, and made them entirely her own. She wrote a book a year from the early 1930s on, mixing in new characters with the old families, and she took them through the pre-World War II period, the postwar era, and into the early 1960s. Each book has at least one romantic storyline, and some have two or even three. Not all the books are great, and the later ones get both less interesting and more mean-spirited about changes in English society. But it’s a thoroughly immersive world as well as a valuable snapshot of a certain type of English County life. The 1930s and 1940s novels, in particular, are top-notch in both characterization and evocation of setting.

The family/friends category of linked books are not as appealing to me, and I don’t seem to be alone. These are the ones readers tend to complain about the most these days (Spies! No More Spies! Please!), but they aren’t a new phenomenon. Marion Chesney wrote The Six Sisters back in the 1980s. The patriarch is a hunting-made Squire rather than a Ducal Head of Family, but they’re structurally similar to the Bedwyns and the Mallorens.

While I have fond memories of the Chesney series, this type of series seems to be the most uneven in terms of individual installments. Balogh’s Slightly series had a couple of books that were keepers for me, but it also had the Disney Whores. All of Chesney’s Sisters weren’t equally interesting. And, of course, there’s the suspension of disbelief. Not only is the whole family or group of friends hero/heroine material, but they all find equally fabulous mates. It’s asking a lot of authors. And what about the times when the supporting character of one book takes a turn as a hero in the next, and in the process seems to undergo a personality transplant?

Finally, there are the dreaded open-ended series, which we find in all of the above categories. They can grow and grow, especially if  the early ones sell well. A previously well-defined family series can beget a second set of linked books (Balogh’s Slightly series was succeeded by the Simple quartet, with Bedwyns showing up yet again). Sometimes they have a fully developed and consistent world across the installments, like Jo Beverley’s Rogues, but at other times, no so much. The plots, characterizations, and themes all get recycled, and characters seem to exist primarily as sequel bait.

At this point a reader will throw up her hands, wish a pox on all series books, and read stand-alones to get the bad taste out of her mouth. But inevitably, she comes back when a new series with rave reviews comes along. I doubt series are going anywhere any time soon. They are catnip to publishers, because if readers like one book, they’re likely to buy the rest, and who is going to pass up the chance to sell to a captive audience?

But we can vote with our feet by telling publishers which types we prefer. For me, it’s shared worlds. How about you, readers? Which types do you gravitate towards, and which examples of linked books stand out for you as especially strong or weak?