Originality in Genre Fiction – An Oxymoron? 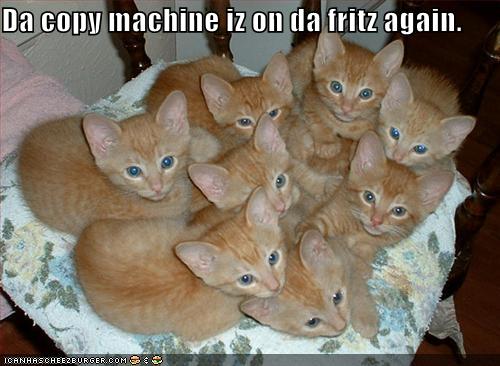 Genre fiction rides a thin line between consistent recognizability and appealing freshness. Often referred to as "a narrative archetype," the form of genre fiction is often denigrated as "formulaic" and derivative (Pam Regis, A Natural History of The Romance Novel, 23). In truth, there has to be something fundamental and formalistic that binds a group of stories together into one distinct genre. And in Romance, many books consciously and intentionally echo other books and stories – from Pride and Prejudice to Jane Eyre and Wuthering Heights, to Cinderella, Snow White, Romeo and Juliet, the novels of Georgette Heyer, Dracula, etc.

These intertextual references and conversations create a certain formalistic consistency in the genre, a guarantee for the reader who targets that genre that they will recognize the structure of the narrative enough to expect a satisfying read. Jane and I were talking the other day about how some authors tell basically the same story over and over, but they do it in such a way that each book is a desirable read. Then there are authors whose books seem quite similar to books from other authors, but readers don't respond the same way to them.

I've heard people who don't read Romance insist that all the books are the same. In this statement lies an implicit criticism that there is little originality in the genre. And to some degree, the appeal of a genre like Romance (or Mystery, Sci Fi, etc.) is a certain reassuring repetition of central archetypes, elements, themes, or tropes. Further, I think genre books are often "coded" in a certain way for their readers, meaning that when you encounter a big, dark, cop hero, you expect an alpha taming story (i.e. the beauty and the beast retelling). An impoverished, put upon, but sweet heroine who falls for the rich, remote nobleman evokes Cinderella. A red-headed heroine is often code for "feisty" (this is where the coding dovetails with genre shortcuts), and historical settings often translate to virgin heroine. I would argue that this coding is part of the pleasure and satisfaction genre readers derive when they seek out genre books.

In fact, I’d go so far as to argue that there are no more original stories, that everything written today is a sort of riff on previous stories — on poems, plays, myths, ancient histories, etc. — and that even when the riff isn’t conscious that it’s there on a more abstract level of creative osmosis. I remember when I was really new to the genre and I read a Danelle Harmon book, impressed with what read like an incredibly original story to me. I asked the friend who was filling out my Romance education, and she scoffed a bit, assuring me that no, this was not, by any stretch, an original storyline. Now, years later, I get it. It doesn’t reduce the pleasure I get in reading a book that is new to me, but it makes me alert to the way its elements circulate through the creative stratosphere.

So where is the originality in the genre – what is it that gives genre books their appealing freshness?

I'm interested in everyone's opinion on this question, but my money is on the author's voice being the source of a book's originality.

Without question there is a tension in any genre between homogeneity and innovation. Books that push the envelope are often reviled and embraced by different groups of readers, some of whom feel betrayed by what they perceive to be genre-busting, others of whom prefer their books on the edge. Break out books are often those that seem to mesh certain provocative elements with genre familiarity in a way that captures the loyalty of readers in both camps, and then we see the endless parade of books that strive to recreate that same magic.

But that magic is not replicable, because what made that first book work was not just the elements the author used but the way she told the story – her storytelling voice. This is why you can't copyright character types and plot elements, and why plagiarism lies in the actual words used. Can you imagine what would happen to genre fiction is authors could copyright their characters, their plot structure, and even those phrases we see move from book to book, author to author? Every book written would narrow the options for every other book to follow. It would, in short, be precisely the opposite of what gives genre fiction its durable longevity – namely the wonderful conversations happening between books and the ways those conversations continually take off in subtly different directions. Ideally, every author brings something unique to those conversations, introducing a new spin, a new element, a new view, a new insight. Whether slight or substantial, these different voices are, for me, the force of originality in the genre.

When I hear authors fret about how readers or publishers expect certain things and shun others, I think we need to remember that some of the most beloved books in the genre are themselves riffs on classic stories or myths. Authors like Lisa Kleypas, Jo Goodman, Jo Bourne, Susan Elizabeth Phillips, and Jill Shalvis (a very few examples) have the ability to make a well-worn story feel new because of a very distinct authorial voice. I've been reading some of Michelle Reid's Harlequin books lately, and I am struck with how compelling and fresh they read to me, despite familiar category elements and serviceable (at most) prose. One of my greatest pleasures as a reader, in fact, is reading the book that makes me look at something familiar and see it differently. I often liken genre fiction to a sonnet for that reason. Narrow formal limits do not restrict creativity and originality, although a flat, derivative, uncommitted storytelling voice can kill any book by boring me right out of the story.

So when we talk about originality in genre fiction, I think we need to focus more on voice and develop a better vocabulary for talking about it. I realize that the alchemical quality of the reader's "hearing" that voice as a siren's call is less tangible and more difficult to discuss in crisp specifics, but I suspect that it's voice most readers resonate to, even if they cannot articulate that clearly. The way voice is intertwined with plot, character, and theme creates another level of difficulty in distinguishing it, but I still don't think it's impossible to talk about in a more direct, focused way.

Nothing, for me, makes or breaks a book the way the storytelling voice does. But what about you? How would you define originality in the genre and do you think Romance is becoming too homogenous (or too diverse, for that matter)?

→ Janet
Previous article: REVIEW: A Few Harlequin Presents for October 2010
Next Post: REVIEW: Jane and the Damned by Janet Mullany