On the State of the Epilogue 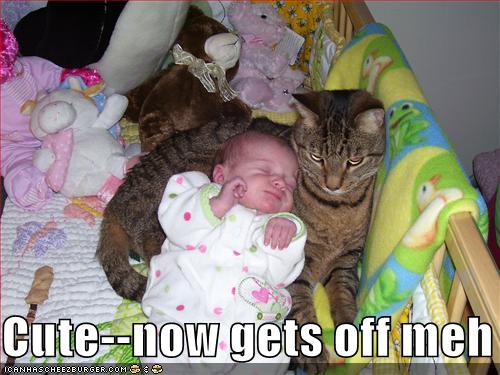 I’m not certain when the first epilogue appeared in romance.  You can’t blame it on the category books because I’ve read hundreds of old time categories and epilogues were far rarer in the “olden days.”  I think, but don’t know for a fact, that the epilogue became de rigeur in single title books.  Back in 2009, I ran a poll about epilogues and the great majority of readers who answered the poll loved epilogues. In the comments, though, readers agreed that the baby filled epilogue wherein happiness is proven through procreation is their least favorite way to close out the book.

I’m not opposed to epilogues and in fact there are books in which I wish there were epilogues, primarily because I liked the characters so much that I really can’t bear to let them go or because I felt that the romance was so tumultuous that it needed some non tumultuous happy times.  Kind of an author’s note to say, “see they are living the happy ever after.”

Yet the epilogue can sometimes do more damage than good.  Take, for example, the following three epilogues from the stories: Breaking Point by Pamela Clare; Icebreaker by Deirdre Martin; and My One and Only by Kristan Higgins.  Because I’ll be talking about the epilogue, I’ll be spoiling the ending of these three books.  You’ve been warned.

Let’s start with  Breaking Point by Pamela Clare.  This book was the subject of some discussion between myself and another reader at RWA.  The reader pointed out that Pamela Clare had the tendency to intersperse precious moments throughout the story and particularly in her epilogue such as one of my least favorite scenes in romance where the heroine is looking at some landscape and mentions how beautiful it is and the hero affirms this only he’s not looking at the landscape, he’s looking at her.  Cliche alert.

The epilogue is particularly pernicious, though, because it features the retirement of a totally capable journalist so that she can stay at home and have babies with the hero.  There is no indication at any point prior to the epilogue that the heroine is tired of her job, that she longs to have a family, that her life wish would be to marry and raise kids and bake pies for her husband.   This, combined with several scenes throughout the book including one toward the end which has the heroine serving coffee and drinks to a bunch of  men as they plan how they are going to get the bad guys and save her, kind of places the nail in the anti feminist coffin for my friend.   (The mantra that having babies is the ultimate in female activity is furthered by the heroine from a previous book revealing that she and her husband aren’t going to use birth control for the first ten years of their marriage and an epilogue in Unlawful Contact which features babies and barbecues.)

This epilogue ruined the book for a friend of mine and while it didn’t impact my enjoyment of the book, I can totally see her point. In fact, it started my own recollection of the very twee epilogues in previous Clare books and I am a bit remorseful I didn’t mention the epilogue issue in grading the Clare book.

I can relate to the epilogue problem.  In My One and Only by Kristan Higgins, the epilogue drove me over a cliff.  Admittedly I was standing on the cliff as a result of much that had gone on before, but it was like a slap in the face.

I wasn’t ever convinced that Harper was the evil witch that it seemed I was supposed to think she was.   Instead I saw her as a lonely, heartsick young woman whose love never got any sun.   She matured into a cynical woman but part of her change was caused by Nick and the story’s glorification of Nick’s character juxtaposed with the villification of Harper’s character was very offensive to me.     In fact, part of the character change that I wanted to see in Nick occurred in the frigging epilogue.   To have that was like rubbing salt in my exposed wound.

The story is a reunited lovers trope wherein two formerly married individuals learn from their past mistakes and fall in love and remarry.  The problem is that the entire book was an indictment on how the female protagonist didn’t give enough during her short marriage to the male protagonist.  Their marriage was really her fault and the book pushes to the climactic moment where she jumps into the water to swim after the ferry that is carrying her man away. This is a sign that she is ready to not only compromise but go the extra mile to make him happy.  What infuriated me about the epilogue is that describes how the male protagonist was leaving his practice in New York and moving to Boston to be closer to the heroine.  Cripes, this was the compromise that needed to be the culminating event, not some tacked on detail in the epilogue.  Again, the epilogue exemplified flaws in the story and actually made the story so much worse.

In Icebreaker the hero ends up quitting hockey to be the stay at home dad.  This was great. In fact, when Robin and I talked about this book (and we did for about an hour on the phone one day), we both agreed that what we saw in Adam, the hero, in the epilogue was what we needed to see in the text of the book. It totally suited both characters for Adam to stay at home and Sinead, the heroine, to commute to her job in the city.  Adam was patient and Sinead was not.  Adam was at the end of his career, Siobhan was in the peak part of her career.

In fact, despite my general wariness of epilogues, I felt that the one in Icebreakerwas the most original I’ve read in a long time, a true and pleasant surprise that for me justified epilogue status.

But I felt the epilogue showed what the relationship could have been in the book.  From Robin’s review again:

And while I understood clearly that these were two characters who were resisting intimacy with almost everything they had, the issue from Adam’s past that Sinead uncovers is so compelling that I really expected the book to make more use of that, both inside the romantic relationship and in general. When that did not happen, it felt to me like an opportunity for a much more interesting, much deeper book was bypassed, and that only accentuated the superficiality of Adam and Sinead’s relationship.

If only we had seen in the main story those characteristics there were revealed in the epilogue. In some ways, the epilogue both made the story worse instead of better.

Has there been an instance where you have thought the epilogue made the romance better? Worse? Can an epilogue ruin an otherwise good story?