New Adult: It’s not about the sex (but don’t be afraid of the sex either) 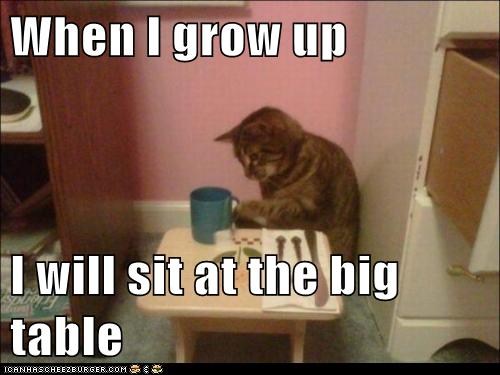 Now that NYTimes has acknowledged that there is a sub genre called New Adult, I guess it’s legitimate.  St. Martin’s Press introduced the phrase back in 2009 and authors have been involved in writing and promoting those books since then, facts not mentioned in the NYTimes article.  But ignoring the origins of the origin isn’t the Times’ first mistake or the most important one. The NYT focus is that this new sub genre just sexed up books about young people.  I’m not sure if this sex first concept is pushed by publishers given that the Independent said that British publishers are looking for 50 Shades or an easy way for media book sections to define something that isn’t easily categorized.

The NYTimes article mentions books like Slammed by Colleen Hoover and Easy by Tammara Webber or even Cora McCormack’s Losing It as typifying the overly sexed young adult books.  The problem with the NYT article is that it does two things. First, it conflates what one author, Abbi Glines, has done with the rise of New Adult genre.  Let’s unpack.

Abbi Glines wrote a YA book called The Vincent Boys about two cousins in love with the same girl. The female protagonist has sex with one cousin while her boyfriend was away and then lies to her boyfriend when he returns. Ultimately, the truth is revealed.  Glines’ The Vincent Boys was hugely popular and she sold the series to Simon Pulse reportedly for seven figures (along with another series).

Recently Glines offered an “uncut” version (which makes me cringe because given the title, I keep thinking circumcision) which features open door sex scenes and a new ending.  The additional scenes comprised approximately 10,000 words for which you pay $9.99.  One publisher, per NYTimes, suggests that it may begin to offer a clean version marketed to YA crowd and an explicit version for the adult readership.

From the original version of The Vincent Boys:

I bent back down over him and kissed him again before pulling back enough to whisper, “It doesn’t get any better than this Beau.”

His hands cupped my bottom and shifted me so I could feel the pressure of his obvious arousal against the warmth between my thighs.

“Please Beau,” I cried out not sure what I was begging for but knowing I needed more. His hands gripped my waist.

“Hold onto me baby. I’m going to take care of you.” The raspy need in his voice only made me more desperate.

The Uncensored version adds this (under a spoiler code)

[spoiler]His hips rocked against mine one more time, causing waves of pleasure to pulse through my body from the friction between my legs. Beau reached up and cupped his hand behind my head and pulled me down until my mouth covered his. This was what I needed. This connection. A raw, needy, honest attraction. Not something controlled and careful. I needed reckless.Beau’s tongue slid between my lips and began to taste every dark corner of my mouth like I was some exotic treat he wanted to savor. This was the feeling I’d always longed for. In one swift move Beau rolled me over and hovered over me before pressing a trail of kisses across my chest. I needed more. Wiggling I reached for his hair and tugged on the short strands impatiently. A low chuckle rumbled against Beau’s chest before a warm hand slid between my legs and slowly made its way up my thigh.

I couldn’t keep an anxious sigh from escaping my mouth.

“You’re beautiful, Ash,” Beau whispered as his hand reached its destination. One long finger traced the outside edge of my panties and I whimpered, wanting more. “I love it when you make those sweet little noises. Drives me crazy,” he murmured against my neck.

“Please, Beau,” I begged, needing him to move his fingers. Once he slipped one then two inside me I lost all thought and cried out. I didn’t know what I was saying but I knew I was begging him. I didn’t want this to ever end. He began pumping his fingers in and out as his free hand pushed my other leg back, opening me up completely to his view. The naughtiness of what we were doing sent me over the edge and just like earlier today my world shattered into a million colorful intense wonderful tremors.

What does Abbi Glines’ oversexed YA have to do with New Adult books? Not much.  Her story involves teenagers who live at home and go to high school. The tropes in The Vincent Boys are no different than those you’d find in contemporary YA romance books. The Vincent Boys, however, represents an issueless YA contemporary romance.  By issueless, I mean that many YA books deal with a social issue and Glines’ books do not present any difficult moral quandary.  This is not a book that takes a serious look at cheating and the repercussions or an examination of fidelity and morality.  It’s unserious and largely represents a fun escape.

New Adult, however, is not just sexed up YA, but an exploration of a time period in a character’s life.  The post high school / pre responsible time period.  Easy; Slammed; Point of Retreat; Sea of Tranquility are books with suggestive hints of intimacy but involve largely fade to black love scenes.

In New Adult books, readers aren’t responding to teens having sex, although for adults reading these book  a more explicit love scene is just something that they may be used to. New Adult is a time period and a feel — a newly emancipated person on the cusp of discovering themselves, where they fit into life, what allowances they will make, and how they relate to others.  Their whole world is their oyster.  The future is a bit more nebulous.  The space for experimentation exists and the cast of characters varies widely, not just limited to the over the top billionaire but has room for the pierced, tattooed, low income, and all those in between.

The publishers who seek out just sex in these books are going to find a disappointed readership.  It’s always going to be important to create a strong emotional connection between characters. Unrequited love, forbidden love, are strong drivers of emotional connection, some even manipulatively so.

This is not to say that teens having sex in books is something to be avoided.  Teens have sex.  Teens don’t have sex.  I read Harlequins when I was in my teens and was 14 when I read Whitney My Love.  I’m not certain, any more, what the danger is to teens if there is sex in books.  Is it that we worry that the girls will become more promiscuous and value themselves less? Are we inciting an unreasonable image of love and sex by presenting good sex within the confines of a romantic relationship?  I’m more aghast at the presentation of irresponsible choice being rewarded than I am about the explicitness of sex.

What I would not like to see is the requirement of explicitness in all books.  In other words, if Abbi Glines wants to write explicit sex scenes in her books, great; but publishers shouldn’t force other writers like to do so if that isn’t what they want to include in their stories. In other words, I want New Adult books to focus on the characters and their emotional connections, not the physical ones.  And judging by the success of these non explicit romances, other readers aren’t just buying books for the sex either.