My First Sale by Claudia Dain, the Low Points and High Points of Writing 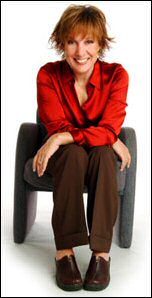 What can I say as an intro for Claudia Dain other than she inspired Ned and me to create the lego videos*. Her first book in three years, The Courtesan’s Daughter, is out this month in trade paperback. It’s a smart book from a smart author and I am thrilled that Dain is back in the writing game.

Let me just say this about my first sale; it was a long time coming!

By the time I’d written my third historical manuscript, I’d managed to get an agent to agree to represent me. She was very excited about that third book, as was I, and shopped it around NY for what felt like a hundred years but was actually more like fifty. Okay, so it wasn’t as long as fifty, but it felt pretty close to that! During this fifty year period I wrote another two books, convinced I was going to be published any second and wanted to be ready, my drawer full of devastating manuscripts of exquisite beauty.

By the time everyone had seen that book and no one had bought it, and my agent had read books Four and Five and wasn’t very excited about either one of them, she dropped me. That was a Low Point.

I kept submitting, got another agent who was very excited about book Four and sold it in less than a month. Which just goes to show that the book, the agent, and the editor have got to align perfectly for anything to happen in publishing. Books Three and Five sold immediately after; Books One and Two are still in the drawer, being not quite as beautiful as I’d first thought.

I learned one thing: I don’t enjoy writing contemporaries. This was another Low Point. It took me a year to figure out where I belong, but I know now. My heart is with historicals. I’ll never be tempted to stray again.

I spent the next few months writing The Courtesan’s Daughter and then sent it to my third agent, who loved my angsty historicals. He was surprised by the book, but willing, and he sent it out to everyone in NY, which I think is really about eight people. I was nervous (wow, talk about understatement) since The Courtesan’s Daughter isn’t much like my previous historicals. For one, it’s not angsty, it’s bawdy. For another, it’s not a medieval, it’s a Regency. But, drum roll, please, three publishers wanted to publish it. Whew! So now, three years after my last release and seven years after my first release, I have a book out again.

This is a High Point.

*Sadly, I was so distracted by this that we didn’t get the lego video accomplished. I absolutely promise Part 4 will appear next Friday.