My Big Fat Cover Rant from Heather, The Galaxy Express 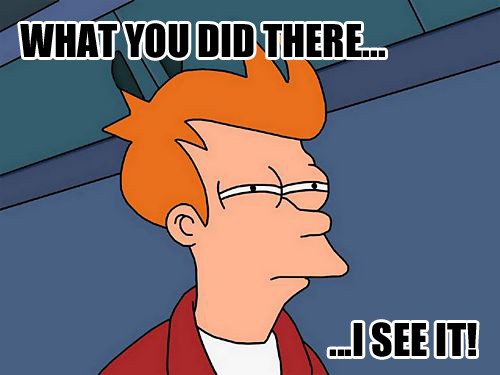 Allow me to tell you a story.

Recently, I had the honor of premiering a cover for a science fiction romance book on my blog. The cover for R. Garland Gray's Darkscape: First Heir excited me because it had a combination of SF and romance elements that hit the right balance. Naturally, I'm thinking, this is pretty sweet because we're one step closer to establishing an identity for science fiction romance covers.

When I pointed out that the current covers for the works of Linnea Sinclair (Rebels And Lovers) also possess a quintessential science fiction romance "feel," Ms. Sinclair revealed in the comments that her covers would be soon changing, and not necessarily in a good way:

They ditched that look as–and I quote–they don’t want any tech on the cover. Okay, here’s the actual quote from Bantam to me: “…we want to go a bit more mainstreamy the covers, and even less techy, so as not to scare off any readers who might not think they’d like SF, but would still love your books.”

If that wasn't bad enough, author Jessica Andersen (Demonkeepers) had her own cover woes to share:

I have the same thing going on with my series (paraphrasing): “We’re losing the pyramids and going more mainstreamy so as not to scare off any readers who might love your books but don’t think they would like the Mayan mythology and 2012 stuff.”

All of which made me realize that while I'm all for homogenized milk, I'm not so keen on homogenized romance covers.

What's going on here? What do the above situations with authors Sinclair and Andersen mean? Is the economy a factor? I can only hope that it is, because otherwise I'm about fit to be tied over this new development. Reading between the lines, it seems like "so as not to scare off" might be code for "we're cutting costs."

Do cliché/clinch/man titty covers cause more sales or are they simply correlated with sales? If they really do cause sales, then for heaven's sake, put a hot, half-naked man on every romance cover regardless of subgenre because then authors might actually be able to make a living from their work! Seriously. Why hold back if profit can be that lucrative?

On a related note, I discovered an interesting experiment at author Ellen Fisher's blog. Ms. Fisher has re-released a few of her books on the Kindle (contemporaries and a science fiction romance). Her book Isn't It Romantic? originally had a cover featuring a wedding couple. Despite the romantic image, sales trudged along like the proverbial tortoise.

Then, she blasted it with a man titty makeover.

You can view the two covers here. This is what she had to say about the results:

And then there’s Isn’t It Romantic? It limped along most of the month, not doing terribly, but not doing really well, either. Finally I gave it a new sexy cover, and boom, up went the sales.

(Cover images might not be the only factor as Ms. Fisher priced her books at .99 cents. But the jump in sales occurred after the cover change, not the price change).

So if the current economic challenges dictate the royal man titty treatment, or a variation thereof, I am resigned to it because that is reality, after all. If authors sell more books as a result, great-but, um, only as long as we can return to covers that reflect subgenre content when the economy improves. If, indeed, that is the reason for such a turnabout.

I can't help but speculate about why publishers would go to the trouble of stripping out the visual elements that make a subgenre unique. Don't we find these visual cues helpful when shopping for books? Who are the readers who quake in their shoes at the thought of seeing a starship, dragon, or ancient ruin on a romance cover? As long as the characters and overall design featured on the cover clearly convey romance, what's the problem?

Then I started wondering-I know romance readers have diverse tastes, but does that extend to our feelings about covers?

Would you rather have a cover that attempts to capture the story, or do you prefer covers that deliver a hard sell of the fantasy lover and/or the romance, regardless of whether or not it accurately represents the book’s content?

The answer might even be both, depending on whom one asks. Smart Bitches posted snippets of conversations overheard at the 2010 RT BookLover's Convention. Check these out:

During my quest for answers, I perused a cover survey conducted by The Book Smugglers. It, uh, uncovered a few interesting points:

According to the results of this survey, folks literally aren't buying the whole "similar covers sells!" That is, they personally do not equate a book with a similar cover to a book they have previously read and enjoyed. However, survey responses also indicate that these same readers believe that *others* DO make this association with covers – as noted by the consensus response that readers find cover "cliches" do inspire a sense of familiarity and thus sell."

My head is still spinning-‘do similar covers drive sales, or not? But then I read this part:

-readers that responded to this survey rather see covers as the artistic embodiment of a book and thus should be accurately representative of a book's genre, tone, and/or characters. This answer took the clear majority at 62%.

In this economy, I can't afford to care about romance book covers. I've read mediocre stories whose books have amazing and highly representational cover art as well as wonderful stories with astonishingly bad or generic cover art. I understand the key role covers play in marketing books even as I have stopped relying on them when making purchasing decisions.
What are your thoughts? Are "artistic" and "mainstream" romance covers mutually exclusive? Or is there a happy medium?