Mission Possible: The Branding of a Subgenre 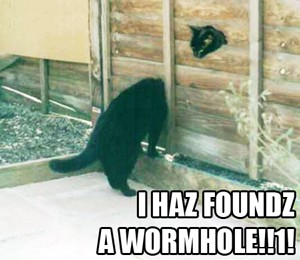 The following is a guest op ed from Heather Massey of the fabulous Galaxy Express.   Heather’s blog is an example of a lover of books filling a need within the book community.   There are science fiction blogs and fantasy sites but Heather’s blog is devoted to talking about science ficiton and fantasy with an emphasis on romance.   She’s gained a great reputation within the science fiction/fantasy community and she is often found defending and supporting the romance genre.   It’s people like Heather that will help to elevate this genre that we love in the hearts and minds of others.  If the other worlds are your kind of thing, then Heather’s blog should be on your daily blogroll.

Romance has birthed various subgenres that have already begun to separate and individuate. However, this evolution is never a straightforward path or one that lends itself to easy prediction.

After all, it’s art and that’s part of the mystery and excitement, right? It germinates and launches on a life of its own.

Yet no matter how circuitous this path, there remains the practical issue of brand identification-‘whether meticulously nurtured by the publishing industry or not. And effective branding is essential, as it helps consumers better understand the subgenre as a whole.

Achieving this isn’t easy, however.

We hear much about author branding, but what about branding a niche market subgenre? Is that even possible? I think so. And saaay, I’ve got an idea! For the purpose of this discussion, why don’t we take a microscope to science fiction romance? Peachy!

But before we dive in and fully diagnose our patient, you should know that for simplicity’s sake, I use the term science fiction romance (SFR) to describe the type of stories you’d find in books by Catherine Asaro, Linnea Sinclair, or Ann Aguirre. This also includes futuristic romances, such as those penned by Eve Kenin, Susan Grant, and Jess Granger. (Indeed, more so these days, the definition is nothing more than splitting semantic hairs anyway.)

Since there’s enough subject matter here to fill a book, my goal is simply to highlight several challenges of branding science fiction romance.

For SFR to scale and conquer its branding summit, many questions arise. Namely, how do readers perceive SFR? What does the subgenre promise, and what are readers’ expectations? At what point will brand recognition be achieved? It’s especially tricky given that SFR blends two genres with decidedly different goals.

Brand-wise, SFR is currently in a state of flux. Behold a few of the obstacles:

Now I’d like to touch upon some of the above in a little more detail.

Frustration arises when the various elements are working against one another-‘although not intentionally, to my knowledge. But it’s still enough to make one’s head spin.

Publishers categorize the books one way while a few authors-‘in a noble attempt at branding-‘direct their categorization down a different path. Paranormal romance, strangely, has grown into the default genre at times (i.e., when in doubt, stamp it "paranormal" and be done with it). Not only that, but SFR has beengrouped with the paranormal and fantasy categories, obscuring its identity as if it’s a "buy-two-get-one-free" special.

And speaking of identity issues, SFR covers are another black hole of confusion.

Often these covers target first one and then another market. Or worse, they aren’t matching the content at all, instead relying on stock footage that graces about fifty other books. How can a subgenre establish a strong brand when it appears the same as everything else on the market?

Then there’s the matter of what exactly to put on the cover.

As I’ve noted before, as far as science fiction romance is concerned, man titty does not compute. Or the covers scream too much "SF" for some readers. How does one reconcile the disparate needs of readers, some of whom hail from SF/F and some of whom hail from romance? Then there’s the issue of attracting new readers and keeping the old ones happy with covers that clearly market the content.

Shelving confusion has been known to cause a riot of teeth clenching for both authors and readers. In a phrase, "Where’s the book?" If the booksellers are confused, it’s a sure bet the customers are scratching their heads as well while leaving empty handed.

And then there’s the somewhat shaky "sex sells" mantra. Sure, it works to a certain degree, but only when applied strategically.

Pressures abound within the romance industry to entice readers with sex, sex, and more sex. I’ve noticed SFR isn’t immune, either. Color me puzzled as to why readers would suddenly divert course and seek out this subgenre when thousands of other erotica tales stream from clearly established channels-‘books that exist solely to scratch that randy itch. Science fiction romance is about character development, romance, speculative aspects, and eliciting a sense of wonder (unless publishers insist on watering it down with gratuitous sex scenes, that is).

A pinch of spice-‘great! A pound of spice in EVERYTHING-‘eh, not so much.

As I said, the thorny subject of SFR branding could be a book itself. But since I see a rainbow at the end of the tunnel, here’s my wish list for the subgenre. My hope is that this list will stimulate discussion and create a breeding ground for possible solutions that can be applied to any struggling subgenre.

1) Clearly establish SFR as a subgenre by releasing it from the paranormal umbrella. (While I’m at it, fantasy romance should get its own pad, too.) While there’s crossover at times, wolves, vampires, and demons have little to do with aliens and nanotechnology. The "look" and organization of SFR would ideally reflect this independence. Changes would range from territorial ones, such as Web site and blog designs, to book covers and publisher submission policies.

2) Give the subgenre one name-‘and stick with it. More names only breed more confusion. Think in terms of marketing. What term will both effectively describe the subgenre and sell it to potential readers from both the SF and romance arenas? (Hardly an easy task since there’s no catch-all term such as "paranormal." But I’m sure we can eventually agree on something.)

3) Harness the force of the Web. The Internet is a niche market genre’s best friend-‘take advantage of it. Agents like Colleen Lindsay and publicists such as Matt Staggs have discussed the importance of creative online marketing and promotion strategies. Use it or lose it because times they are a changin’.

4) Until brick and mortars become obsolete, shelve SFR in the Romance section. This would apply regardless of the publisher, especially since by the definition of a romance these stories would have an HEA. It would also provide one way for SF imprints to parade their wares for romance readers, since a few SF books areundercover romances. Uniformity in establishing a strong brand is key.

5) As I’ve suggested before, keep the hero clothed. I understand that the current line of thinking holds that man titty sells a book better than any other type of cover, but we’re not talking about the vast majority of romance books here (or readers). There’s nothing sexier than a man in uniform, whether he’s a starship captain, space pirate, or brainiac scientist. It also demonstrates that some thought went into the design. A little goes a long way and again, this could help differentiate SFR from paranormal romance.

6) Publishers, start talking to one another. You know how toddlers engage in parallel play? Yeah, it’s like that right now. Coordinate a few key strategies to create a more cohesive branding plan and run with it. Pooling your resources will only help everyone.

7) Resist the urge to discuss how ghettoized the subgenre is, at least in online forums. True or not, doing so only reinforces that reputation and creates a self-fulfilling prophecy. Authors, I know it can be heartbreaking and frustrating when some readers don’t appreciate the romance side of the equation, or conversely, the scientific accuracy for which you strive. But the goal is not to reach all readers; rather, it’s to reach all of the adventurous ones. The ripples will spread from there.

8) Science fiction romance could and should thrive in the ebook format. The traditional print market is tighter than a bowstring yet epublishers are ripe to exploit niche markets such as SFR. Wouldn’t authors rather be at the top of a robust niche market (and read) than at the bottom of the slush pile (and unread)?

9) And finally, let’s talk about where science fiction romance is going, instead of where it’s been. Optimism is infectious.

Thanks for reading-‘it’s been a pleasure gracing the hallowed halls of Dear Author. You’ve read my thoughts on the subject-‘now what are yours?