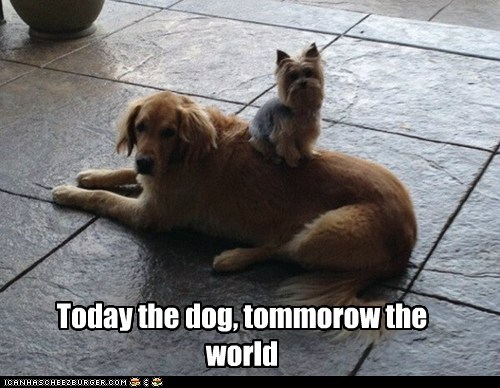 “Someone once asked me why “alpha males” were so popular in so much romantic speculative fiction, and I hesitated to answer it. Not because I didn’t know, but because I knew I was going to have to have a discussion about teasing out the difference between finding pleasure in something you genuinely find pleasurable and taking pleasure in something you think you’re supposed to find pleasurable”

Romance is fantasy. It is wish-fulfillment. The core of the story is idealized romantic love. I can, without doubt, pick apart the realism of any romance I am given – but that’s actually not the point. I can pick apart the realism of pretty much any book I’m given. It took me a long time to understand that romance is fantasy, and only when I did could I read it on its own terms and be open to its tropes.

There are some romance tropes I dislike. There are some I adore. It’s a balance: the romance and relationship has to be emotional, and it has to fit the narrow, narrow wedge of my own emotional needs. It’s not, therefore, about the books, but about me, and about how much disbelief I can personally suspend.

I write fantasy. I write about dragons and magic and flying, winged people. I can obviously suspend disbelief when I write, because I do not actually think any of these things can exist in the real world. But when I write, I believe. To read a book, I have to be able to believe in the same way. Any book.

I don’t think the question that opens this can be answered without first defining what Alpha Male means within romance. Hurley’s contention that we’ve been conditioned as a society to prize certain types of behaviour is inarguable. But alpha male behaviour in romance – at least in modern romance – is not so much with the bullying. It’s not so much with the lack of consent on the part of the heroine, not really.

I think, superficially, people can point at the romance alpha male behaviour and question it. They can point out that this behaviour in Real Life would be considered abusive and harassing. They can point at the ways in which this behaviour would be both creepy and entirely unacceptable. And, yes. Divorced from the emotional consent of the reader, all of this would be true; divorced from the emotional consent of the heroine, all of this would also be true.

But the reason that people find this compelling is not, imho, because they’ve been conditioned to find pleasure in being bullied.

The alpha male in romance – the hero – is more than the sum of his problematic parts. The alpha male is not actually weak. It’s not that his social external status makes him strong; he is strong enough to live in his external status and earn it simply by being himself. He knows what he wants. He knows how to work. He knows how to take charge in difficult situations. He knows how to get things done. He does not require his a) mother or b) nanny or c) beta chorus to tell him that he’s strong or important – because he knows. His ego, such as it is, is secure. He’s not trying to impress. He’s simply impressive.

He is therefore not a person who is passively waiting for the heroine to make all of the emotional decisions. Or any of his life decisions except the one that’s at the core of the novel: his happiness, because in romance, his happiness is not tied to all of the other things that define his status. It is tied to love.

Whatever he sees in the heroine, he sees. He wants it. He does not care about her status harming his. He does not care how other people see her, because frankly, why the hell would he? He’s secure. He doesn’t want her because other people would, or do. He wants her, period. He is never, ever going to be the husband who tells his wife, “you better start working out, you need to lose some weight” because he’s self-conscious about how other people will judge him for having a chubby wife. He is never going to be concerned that her age is showing; he is never going to have an affair with a random, twenty-year old secretary, etc.

Let me go one step further. He is not looking for love to define his life and give it meaning. He has a life. He has a life he’s in control of. Men who read romances looking for clues on how to approach women are taking the wrong things out of the reading if they’re focused on out-of-context behaviours. The alpha has confidence in himself. He is not looking at love as a way of bolstering a (non-existent) confidence. He has proven that he can, thank you very much, be strong without a relationship to define him. But…he is aware that something is missing.

If you’re male and reading romance to try to understand what women want, that’s what you should take out of these books: that you need to be confident, and to have a life of your own, interests of your own, direction and motivation of your own; that you can, in fact, take care of yourself and all of the details of life and living, before you look for your life-mate. You cannot expect that these things are donated simply by having a girlfriend/wife, etc. They’re not.

As I said: the alpha male is idealized. Because he is a fantasy. But it’s the confidence and the commitment and the lack of feminine (the heroine’s) responsibility for another person that makes the trope attractive. If the heroine suffers from lack of confidence, it doesn’t matter; he has confidence. If she’s uncertain, if she desires him but she’s afraid to commit to more, he’s certain. The decisions and the mess are not actually hers to clean up. He is never, ever, going to whine at her. Or be passive-aggressive. Passive-aggression is…not at all attractive. No one fantasizes about being involved with a passive-aggressive.

In real life, women are responsible for so much, emotionally. On hard days, on days when they just want to give up and crawl back into bed, one of the things they daydream of, outside of romance novels, is for someone else to pick up the slack for a day or a week or a month. It’s for someone else to get a grip, to take responsibility for their own lives, so that the woman herself can be responsible, for a tiny while, for just herself and her own needs. In fact, I’ll go one step further and say: on some days, when things are overwhelming, I want someone to take care of me.

And that kind of care happens when we’re three. Or five. Or sick as a dog. If it happens at all. It’s not realistic. It’s not a desire upon which to build a real life. And we don’t. But we can dream.

The romance alpha male wants the heroine for herself. And he is totally, entirely, confident in that desire. He is confident enough that he navigates some of the heroine’s doubts and the insecurities that arise from just being female in the world.

The big thing about alpha males in a romance – the thing that is the fantasy – is that they take care of everything themselves. I mean everything. They’ve got so much going on – they’re rich, they’re high status, they’re (generally) gorgeous – that they don’t require someone external to prop them up in any way. They are not interested in women-as-armpiece. They are so certain of their status they don’t require an armpiece.

You can say: that’s unrealistic. There will be no argument from me. But that’s WHY it’s a fantasy. That’s what makes it an escape. It’s not a comfort because it’s same-old, same-old. It’s a comfort because it never was. Just like dragons never were. Or sorcery. Or magic swords. Or super-heroes.

It is comfort reading. It is emotionally involving, when done well. It is something that we can, while reading, believe in, and take strength from when we once again turn to face the real life we’ve built.

This is why I think alpha males are popular in romantic fiction, speculative or otherwise.

Romance and romance reading is enough of a feminine bastion, I hate to see a huge swathe of it dismissed this way. The dismissal is once again aimed at the heart of things that women love, by implication because those things are “here to comfort folks who’ve chosen to live and organize themselves in certain ways and say, “Yes, of course. It’s always been this way. It will only ever be this way”.

I don’t think that what we read for comfort says very much about the other books we also read; nor can we draw conclusions about how romance readers have chosen to live outside of the books they read for comfort. Readers are not monolithic. I know a lot of people who read romance, and they are not of a single mind or a single life – or even a single life-style. By all means make clear that you are not writing books that will offer comfort to some readers – but you can do that without implying that the reading of these for comfort means you have chosen to live a certain way to somehow enforce the status quo.

This is exactly why many women I know do not publicly admit they read romances: it’s this attitude.

If we are decrying the need for comfort at all, that’s a separate issue, beyond the remit of this column.

And full disclosure: I don’t write romance. I cannot figure it out while in the depths of an actual book. I have tried – I can’t do it; for me, it’s hard. There is nothing worse than a romantic attachment that feels shoe-horned in; it is awkward and no reader will believe it. I therefore do not have a dog in this race. I am not defending something I write.

But I feel the need to defend something that millions of people read for comfort. I want to point out that there is m/m romance, there is inter-racial romance, lesbian romance – that if the boundaries being stretched are not as far-flung and wide-reaching as cutting edge SF or F, they are nonetheless being stretched. And they are being stretched, in the end, from a place of comfort – and comfort requires trust.