Made to Order: what’s not being published that you want to read? 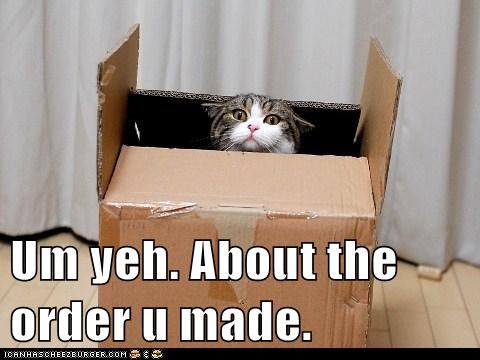 When self publishing took off, I thought I would see a greater variety of stories because the common theme was that traditional publishing was holding everyone back from writing fresh and different stories.  (This refrain hasn’t abated despite the growth in author freedom).

But authors are far more pragmatic than I ever gave them credit for and often you see them employing their talents by writing to the market (particularly if the author has any ability to write with speed) which means we see a lot of books with similar story lines. Because of the speed to market with self publishing, I think certain tropes burn out faster exhausting readers and/or making them look for something slightly different. But I’ve also heard authors lament that they don’t really know what readers want.

During the podcast with Lisa Renee Jones, we asked this marketing savvy author who was able to capitalize on both the 50 Shades success with her NYT Bestselling trilogy (If I Were You) and the New Adult craze with bestselling trilogy what was going to be next hot thing in romance. Jones suspects it will be light hearted contemporary romances to counter all the angsty dark romances. She admits that she can’t write those types of books but looks forward to reading them.

On Twitter I saw a few people discussing that they’d like to see darker, grittier romantic suspense books where the angst, edgy contemporaries are married to a thrilling suspense plot.

While blog watching, I see a number of readers praising books that are fresh and different whether it’s a criminal hero or a mute one, readers seem to be one and done and looking for that new fresh storyline.

So I got to thinking about the stories I wish I had available to read. Now it goes without saying that all readers want a good story but in reviewing the books that really engage me, I realize that I have a thing for detailed worldbuilding and intense political conflicts.

The one author that really stood out for me last year writing extraordinarily different stories was RL Smith. I can’t tell you the number of people who wrote to me and said that Smith’s work was encouraging them to write braver. Cool.

RL Smith published an epic long novel romance featuring a lizard warrior priest hero and a mouthy, overweight heroine. I’d like more of that please. Not necessarily the lizard warrior priest or all the bad things that happen to the heroine but I loved the otherworld aspect to it and how the two diametrically opposite characters changed each other and their world view.

I had similar love for Warlord by Elizabeth Vaughn and Tairen Soul series  by CL Wilson, although those stories were quite different in emotional tone the integration of political structure, setting and romance were similar. Ditto with the Psy/Changeling series from Nalini Singh or her Archangel series.

So I want more of that. I want different settings. One of the things I love about Meljean Brook’s steampunk series is that each story takes me some place different. If I had a virtual passport, traveling on the Meljean Brook story train would take me to nearly every continent except Antarctica.

I want to read about unusual people. Elizabeth Hoyt’s historical series is set primarily in Whitechapel, the slums of London, and for the most part her protagonists are wealthy Dukes and Earls and there are few balls.

I love shapeshifter stories, particularly those featuring a wolf pack and their social and political interactions within the pack and with neighboring packs. My favorite is the Alpha & Omega series with Charles and Anna. Love the blend of mystery, pack politics, mythology, and romance.  That was what made me fall in love with Kelley Armstrong’s writing with Bitten and Stolen.

So I could order up a good book, I’d love it if was paranormal / fantasy romance with a larger than life hero, awesome heroine, intriguing political conflict along with detailed world building. I’d be thrilled if the series comprised of two or three books but focused on the main couple.

If you could place an order at the book restaurant what would you order? And if you read an order, do you have a recommendation for that reader? In other words, what would you like to read that’s not being published today?  Let’s be specific!