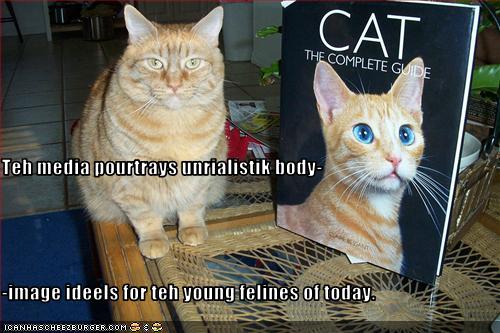 In a genre full of nice, nurturing, morally upright, and unflinchingly kind heroines, I find myself drawn more and more to the somewhat unlikeable heroine. Not the "bad girl," per se, nor the hopelessly complicated and in need of rescue woman, but the female protagonist with an edge to her, the woman whose traits women in real life often find themselves trying not to be identified with or emulate.

You know the heroine I'm talking about: the women like Nora Roberts's Eve Dallas, who is famously intolerant of other people and terrified that someday people will stop calling her a bitch, or like Jane Morgan from Victoria Dahl's Lead Me On, a woman willing to use a kind, loyal man who doesn't fit her stereotypical mate and then ruthlessly cast him to the side.

Jane and I were recently talking about Alexia Tarabotti from Gail Carriger's Soulless, and we were both struck by how much we liked Alexia despite the fact that she has a propensity toward unlikeability: she's quite the snob, she's impatient and often overtly rude, and you're never sure if she's going to bash the besotted Connall Maccon over the head with her parasol or kiss him passionately. She’s even condescending to her best friend on a pretty regular basis. I realize that The Parasol Protectorate series is not properly Romance, but it does have a strong romantic storyline that I believe is applicable here, as well.

These are women who have the ability to exhibit kindness, generosity, gentleness, and love, but for whom those qualities are not always first in play. They are not necessarily the women who represent traditional male roles or qualities, either. Cybelline Caldwell, from Jo Goodman's One Forbidden Evening, is a proper widow who anonymously seduces a stranger at a party, only to reject and then resist his honorable intentions once he finds out who she is. She just doesn't seem to want the love that so clearly grows in Ferrin's heart for her, and every act of kindness burns her like a brand. Intense anger over her first husband's suicide animates her character like an aura.

So what is it? Are these simply the anti-heroines of the genre, the female equivalents of the Sebasian Verlaines and Sheridan Drakes?

It's not that I don't love the likeable heroines, too. I think, for example, of two of my favorite Kinsale heroines, Tess from Laura Kinsale's The Hidden Heart and Melanthe from For My Lady's Heart. On the surface, at least, Tess is kind and nurturing, while Melanthe appears cold and domineering. Both exude strength of character and vulnerability, but where Tess is softer and more open with her emotional attachments, Melanthe seems closed and defensive. Even at the end of For My Lady's Heart, after her safety has been secured and Ruck has proven his love, Melanthe is still pretty unyielding, fighting against him in bed, struggling to maintain a large share of the power in their relationship. Does that make her more or less “heroic” than Tess?

Often it seems these women are paired with kinder heroes. Roarke, for example, takes care of Eve at an incredibly high level of maintenance as husband/personal shopper/nurse/nutritionist/masseuse. He dotes on her, anticipates her every need, and keeps her stocked in adequate chocolate and coffee. Ruck is pretty much the epitome of "honor" in keeping both his vows to his late wife and to his "lady" Melanthe. So is it merely a matter of maintaining a balance in the relationship, or are these less than perfect heroines intended to showcase a more heroic hero – to idealize the hero and his forever love for the heroine?

For some readers, these heroines may be more akin to the keepers of the irredeemable character trait, but I often like them immensely. I often find their heroism in the lack of compromise to their characters, their lack of subservience to the traditional fairy tale model of Cinderella, the ultimate "cinder girl," who humbly accepts social ostracism and the abusive attentions of the "wicked stepmother" (aka the Bad Mother). And it’s not just that I want to see these heroines “rewarded” with love. In fact, I appreciate that the genre can celebrate these women without changing them overmuch, even as I wonder sometimes if I am in the minority for liking them so much.

So tell me: what do you find heroic in the genre's heroines? What kind of heroine do you like most and where is your line of unlikeability in heroines?