Let’s Talk About Free Speech and the Internet (again) 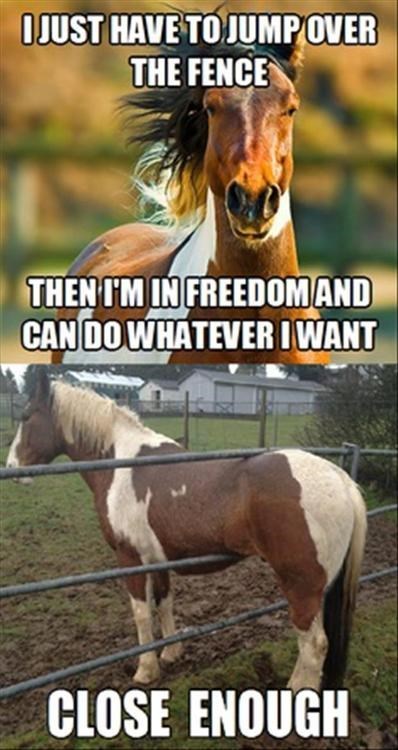 [T]he fact that society may find speech offensive is not a sufficient reason for suppressing it. Indeed, if it is the speaker’s opinion that gives offense, that consequence is a reason for according it constitutional protection. [p56] For it is a central tenet of the First Amendment that the government must remain neutral in the marketplace of ideas. FCC v. Pacifica Foundation, 438 U.S. 726 (1978), quoted in Hustler Magazine v. Falwell, 485 U.S. 486(1988) **

Back in the olden days, before the Internet made everyone an expert on what can and can’t/should or shouldn’t be said online, Jerry Falwell sued Hustler for their satirical portrayal of his “first time.” Mimicking and spoofing the old Campari ads, Hustler presented a faux-interview, in which faux-Falwell talks about drunkenly losing his virginity with his own mother in an outhouse (“Campari in the crapper with Mom,” the faux interviewer calls it). It’s crude, rude, offensive, and, according to College Humor, “funny as hell.”

The Supreme Court ruled against Falwell, holding that because the piece was so obviously satirical, it must be protected, even if “is patently offensive and is intended to inflict emotional injury.” The Court goes on to point out that the nature of political cartoons is that they are “often calculated to injure the feelings of the subject of the portrayal. The art of the cartoonist is often not reasoned or evenhanded, but slashing and one-sided.”

Although the First Amendment traditionally protects individuals from government intrusion into their right to speak and assemble freely, there are private tort actions that can result from certain types of speech (defamation and intentional infliction of emotional distress, for example), which is why Falwell could sue a privately run magazine for the purported harm caused by its lampoon.

The Hustler case is a good example of how speech can be extreme and incredibly offensive, but still be perfectly legal. It’s also a good example of how even when speech is legally protected, that doesn’t mean it can’t be hurtful and costly in certain ways. And in our ongoing back and forth about book reviews and “bullies” and the alleged need for more “civility,” we need to start being more open and honest about both sides of the speech discussion, because the less we’re willing to look at both sides fairly, the more inaccurate, warped, and antagonistic the whole subject is becoming. And the closer we’re coming to chilling good, constructive creative and critical speech, from both authors and readers.

I realize this is a tall order, and it requires attention to — among other things — Constitutional law, political theory, the role of criticism in a society that has such broad speech protections, and the nature of our online communities, particularly how we want them to function and what we want them to look like. It’s going to take more than one post to flesh out. But I want to undertake a little project to talk about why it’s important to protect speech we may find offensive, hurtful, and even divisive, while at the same time taking a good look at the potential effects and costs of such speech on our online communities.

So let’s start at the beginning:

Free Speech and the First Amendment

Congress shall make no law respecting an establishment of religion, or prohibiting the free exercise thereof; or abridging the freedom of speech, or of the press; or the right of the people peaceably to assemble, and to petition the Government for a redress of grievances.

The sentence construction is very telling — a prohibition against Congress 1) legally recognizing one religion over another, 2) refusing to allow people the right to freely practice their religion, 3) limiting free speech or free press, 4) limiting the right to gather and protest something the government has done. Note that the Establishment Clause actually appears before speech rights, and that the amendment itself is explicitly conscious of the relationship between individuals, groups, and the government.

This awareness in part derives from the relationship between the Declaration of Independence and the Constitution, the first being an assertion of separation and liberation, the second an attempt to contain, stabilize, and delimit what remained after freedom from English rule was secured: “We the People . . . in Order to form a more perfect Union. . . ” It is no mistake that “We” is the first word of the Constitution, because the US is a constitutional democracy, which means that we rely on the Constitution to ensure that the rights of the minority are justly represented in a political system that rests power in the majority through representative government.

Representative government is, under the best circumstances, an imperfect reflection of the “people,” and so the Bill of Rights attempts (among other things) to guard against the legal and political tyranny of the majority (there’s a ton of political philosophy I’m skipping over here, so as not to make this longer than it already is). It is not, despite casual, persistent perceptions to the contrary, a guarantee for anyone to say anything in any venue at any time, nor is does it differentiate among ideas. In fact, “viewpoint neutrality” is a hallmark of free speech law, so as not to allow the government to sanction some ideas (or religions) as superior to others. This is both a blessing and a potential weakness, because it provides for minority viewpoints, however pernicious, to be given air (like in the cases where the KKK is given the right to march and speak), but it also inadvertently recognizes that a democracy can undo itself through its own legitimate processes.

This is not to say that all types of speech are recognized as equal. Political speech, for example is recognized as “core,” which means that it is considered to be highest priority when measuring the individual’s right to self-expression against the government’s right to suppression. When a right is “fundamental,” meaning it is named within the Constitution or included as part of Due Process, the government’s interest in impinging on that right must be “compelling,” which is a very high legal standard. By contrast, commercial speech – that is, speech related to products and services offered for sale and profit – receives less Constitutional protection, and if it is deemed to be dishonest or false, it has basically no protection.

So how does this relate to book reviews and book communities? After all, as many have pointed out, we’re often speaking of things that don’t seem to have much social or political importance, and books for sale participate in the stream of commerce. However, language about art and ideas has long been treated as vital to the political and social welfare of a democratic society. The right to express oneself artistically has long been recognized as of great value in a society that places foundational trust in individual rights and voluntary submission to a social contract. And the right to talk about and criticize ideas expressed in art is equally valuable, as is evident in the Constitutional rationale behind copyright: “To promote the Progress of Science and useful Arts.” Authors are granted copyright and inventors are granted patents because such rights promote the arts and the sciences, which, in turn, advance society.

Book discussions rarely implicate free speech in the most obvious sense of the government directly impinging on the right of authors and readers to express themselves online, but the kind of discussion at stake is critically important to speech law and political theory. By the same token, the welfare of the community(ies) is also at stake, because speech rights are only significant insofar as they affect and are affected by the community at large. The rights of the individual are always contextualized by the integrity of the whole, and vice versa. Which is why all of this is important to our most mundane and our most explosive exchanges about Twilight or September Girls or all those creepy billionaire tentacle sex books on Amazon. And why, in turn, those discussions can model all sorts of constructive qualities — empathy, critical thinking, respectful listening, heterogeneity of viewpoints — that enhance individual and social bonds.

In the United States, a strong First Amendment tradition means that people are free to, and often do, say plenty of outrageous, stupid, malevolent, and hateful things. Just listen to radio talk shows. But what we don’t see in response are riots and violence. The constitutional principle that demands freedom for speech that is offensive may in turn teach and reinforce the tolerance that is at bottom, essential to a functioning diverse society and world. . .

There is a place for limits. I am a professor. I do not tolerate, in my classroom, disrespectful speech of any kind, because it interferes with the learning environment that I seek to foster. I am also a father, and have a similar view with respect to the need for respectful speech around the dinner table. A responsible newspaper publisher might well decline to print an article that its editors were convinced was likely to spark violence. But these limits are not imposed by law, but by social norms and ethics, which are in turn informed by discussion, dialogue, and culture.

The vast majority of the time, the speech we’re arguing about is lawful. What we’re often debating are the “social norms and ethics” by which our communities do/should function. Sometimes these norms are asserted as a means to shut down lawfully expressed ideas that some may find offensive, while other times “free speech” is invoked to defend something that is really more about community standards and ethics than the law. In both cases, legal and social concepts may be misapplied, and an opportunity to have robust debate short-changed.

As we move forward, I’d love to know what your ideal online book community looks like. What are the primary values, who are the participants, what does participation look like, and how does the community remain functional?

Next up: The book community as a Marketplace of Ideas and a primer on the different varieties of protected and unprotected speech.

** Note: this series is primarily a US-centric analysis, in part because issues of “free speech” are so often conceptualized within a US political and legal context. I will try to include international comparisons when relevant.