It’s Not All About Taste 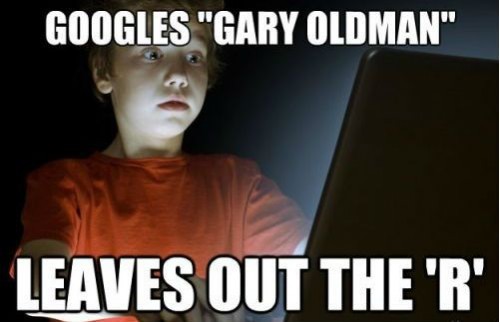 So here’s the thing: I think we’ve oversold the virtues of subjectivity.

When I first entered the online Romance community, I faced a steep learning curve when it came to calling out what I felt was poor writing and sub-par editing. Frustrated at being chided for “sounding like an English teacher” or being “too picky,” and worried about insulting other readers, over time I learned to couch my criticism in terms like “not to my taste” or “not everyone experiences a book the same way,” and other phrases that emphasized the subjectivity of reader response to a book. And, of course, reader responses are subjective, which is what makes diversity among book offerings so essential.

But I think we’ve gone too far in not acknowledging and embracing the fact that while tastes are subjective, some elements of writing and publication are not. We hit that wall, in fact, in increasingly frequent discussions like the one that erupted in the wake of Jane’s review of R.L. Mathewson’s Playing for Keeps. Jane notes numerous punctuation and grammatical errors, noting that “good editing can push a book from a good read into a great read.” I want to push this even further to say that competent writing, grammar, and punctuation should be recognized as an objective standard against which every professionally published work should be measured.

This may seem like a fairly obvious statement, but it’s one I think Romance readers have struggled with, in part because of the external prejudice against Romance as “bad” and “inferior.” Evaluating the quality of writing is often associated with literary fiction, which in turn is associated with snobbery and pretentiousness, complicating objective critiques of Romance fiction. Rather than embracing the value of objective and subjective standards of quality as equivalent, we have privileged subjectivity as a better, more egalitarian measure of excellence.

However, in the midst of the self-publishing rush and the apparent decrease in copyediting among professional publishers, from digital start-ups to Big Six giants, I think it’s time to reclaim the value of objectivity and distinguish objective measures of writing competence from subjective measures of reading enjoyment. No matter how unique and great a story or an author’s voice is, solid punctuation and grammar will not diminish that; on the other hand, if the technical details of writing are poorly presented, it can kill the other elements of a book. And honestly, when someone offers a book for commercial sale, why should it not meet basic standards of professional presentation? What is wrong with expecting that?

I am not going to argue that our extreme reliance on subjectivity has resulted in the decline in editing, but I absolutely believe that if we continue to overlook these errors, we will see more and more of them in professionally published work, and that what up-and-coming readers and writers will learn from will be increasingly sub-standard examples. Not everything is subjective, and I think we’re doing ourselves and our favored genres a disservice by continuing to minimize the importance of solid composition skills and sound editing.

Notice that I did not say perfect writing, because there is no such thing. Not only are errors inevitable, regardless of how many people screen a text, but there will always be points of legitimate disagreement over certain stylistic differences. That line can be difficult to discern, too, especially when an author’s voice or storytelling register as very strong to some readers. Julie Anne Long’s books are case in point for some of us here at Dear Author, as our reviews have reflected (and prompted extensive discussions).  And of course, discussions about The Book That Shall Not Be Named have circled around the question of “bad writing” as some kind of moral issue, which has exacerbated the distinctions, as well.

This whole idea of shaming readers for their taste is not new, even within the Romance community, where there is already a high sensitivity to feeling criticized for what we enjoy reading. However, while some criticism of 50 Shades does seem like reader shaming, not all of it is, and the defensiveness seems to be hitting a level where it’s impossible to say anything critical about the book without being accused of reader shaming, and I think that’s pushing us further in the wrong direction. Of course we should not be shaming other readers for their choices. By the same token, calling out a book for poor writing and/or editing is not an indictment against readers who love it. However, I think our collective resistance to objective standards of critique has made them seem judgmental and pejorative.

Which is one reason I think 50 Shades is a perfect example of why we need to distinguish objective from subjective standards of critique: it’s a derivative story that shifts almost unchanged from amateur to professional status and hits precisely the right nerve for millions of readers.

We all know what it feels like when a book hits the right nerve: something just feels so right about the book that regardless of its problems, weaknesses, mistakes, and faults, you lovelovelove it. We all have these books, and in some cases, we don’t even want to acknowledge the flaws, because our love is so all-powerful it can actually transform them into virtues. In fact, these books transcend the very concept of flawed. In the meantime, others ignorantly and callously call out our beloveds for bad writing, bad editing, stale plot, and clichéd characters.

Those familiar with Harlequin Presents, fan fiction, and erotic Romance will recognize most of the elements that comprise 50, which may be why the book seems such a revelation for mainstream readers who have discovered it. But even many Romance readers adore the book, calling it “fresh” and different. Yett for every reader who sees the book as fresh, another reader finds it stale. And let’s face it: both of those responses are absolutely true, because the book itself has limited significance outside of its relationship with readers. Objectively speaking, there is little new about 50, but the way so many readers experience it is. Enjoyment is all about the experience of the book, and those who do not feel the magic will just not see it the way its fans do, and vice versa. This is where subjective responses, and the importance of respecting subjectivity, are critical. Enjoyment is always a subjective standard, even though it can depend in part on objective elements. Some readers, for example, just cannot enjoy a book that has numerous spelling, grammar, and punctuation errors. Others can look past these objective elements and have pure subjective appreciation of the same book. Both responses are subjective, but one depends more on objective criteria.

The battle over 50’s popularity reflects in part a broader difficulty in distinguishing objective and subjective standards of quality and valuing them equally and non-judgmentally. Pointing out the errors in a novel is not tantamount to calling its fans stupid, although many seem to feel it is (while shaming readers for caring about those things often goes unchallenged). Ignoring errors and other issues of accuracy only seems to have resulted in a perception that readers are okay with diminished editing. We need to hit a happy medium in which both objective and subjective measures of evaluation have equal weight and validity.

How do we do that? I’m not sure. But here’s what I’m going to offer to get the conversation here going:

I know we talk a lot in the Romance community about not caring what the mainstream thinks of the genre. However, I don’t see this as an issue of respect from the outside, so much as self-respect – if we respect books, we should feel free to expect the best out of them. As the current state of copyediting suggests, we’re going to get what we’re willing to stand for and pay for, and we all deserve more for our money and our time.