Is there room on the internet for authorial interaction? 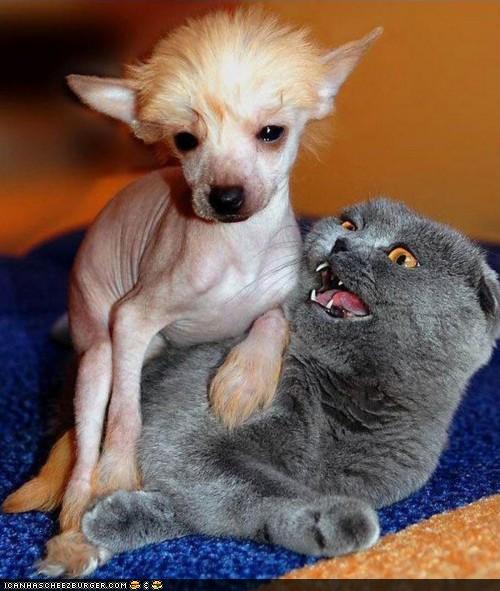 For many years, we’ve preached that review are for readers and they are. Oftentimes, when authors react to reviews, it results in an unfortunate dustup with authors saying things they wished they hadn’t and readers throwing out threats of a ban list. The comment threads to a review can be contentious whether it is here at Dear Author or at places like Goodreads and Amazon.

But there are times when authorial interaction might actually produce interesting discussion. After I reviewed “Lord of the Abyss,” I wrote a note to Nalini Singh and Singh wrote me back* and said that she wanted to share with me why she turned Liliana beautiful at the end, an ending that I complained about:

I did consider not having that fairytale makeover, because like you said, Micah didn’t care. The thing was, I couldn’t do it to Liliana, herself because it hurt her so much when people were cruel to her, or said nasty things like in the village. The thought of her living her entire life having to bear those slights (and the reality is, people still would’ve said them and they still would’ve hurt, even if only a tiny bit each time since she would’ve had Micah’s unwavering love in contrast) – yeah, I just couldn’t. And since it was a fairytale, I did get to play fairy godmother.

You know, your comment is one that I think would be interesting to readers, if you would be willing to post it. I’m not sure how I feel. It’s true that I wouldn’t want Liliana to be hurt constantly by the shunning of others, but I loved the idea of a truly ugly heroine. It’s amazing how none of that really matters when you are in the meat of the story.

As for the Liliana comment, I don’t know. I always wonder if author intention should have any place in a reader’s experience. I’ve always liked the idea that each reader reads a different book, dependent on what personal ideas/life experiences they bring into the story. It’s an interesting thing to think about, especially now, with authors so accessible via the web.

This got me thinking. Jeannie Lin’s response about the ending of her book was posted on her website. I thought her explanation of the Eastern philosophy that drove her story was interesting. It didn’t change how I felt about the book but I enjoyed reading it and contemplating her perspective.

Both the Singh and the Lin comments were ones I would have liked to have discussed with other readers. These might be appropriately questions at the end of the book that could be asked for a reader group (those are sometimes included in trade paperback books).

I emailed Caitlin Crews to see if she would like to write up some thoughts about Shame and Heroines in romance and mentioned that I found that Jake, the hero in “Heiress Behind the Headlines,” hadn’t suffered enough for all the horrible things he said to Larissa, the heroine.  She gave me a really interesting response:

I’m really interested in your take on Jack. I was worried that many readers would not find Larissa at all sympathetic (and indeed many do not) and so in some ways I suppose I saw Jack as a kind of mouthpiece for what I anticipated those readers might feel about her. I also thought that his public acceptance of her at the end would be more meaningful to *her* than any sort of extended grovel might be, as I imagined she wouldn’t necessarily believe that. My understanding from some of the feedback I’ve gotten so far is that some readers just hated her as I worried they might, and those readers seem to think Jack could have done much better. I guess I was trying to strike a balance between those two takes on the story; it’s always so fascinating to hear how/if that kind of thing worked!

But author interaction can result in two things, no matter the intention of the author, both which are detrimental to reader conversation. First, an authorial inerjection can reduce reader commentary. Meljean Brook shared:

I think there’s room for author interaction in the comments of a review, but it’s very limited room. In general — unless the reviewer has notified the author directly about the presence of a review and invites a reply — I think that it’s best not to comment at all. We all know that many authors are online, seeking reviews of their work and looking in on discussions; there’s no need to tap the readers on the shoulder and say, “Hey, I’m here,” because it’s likely to have a chilling effect…and for good or bad, the best thing for an author is for readers to talk about her book. Why shut that down?

The other thing that can occur is for readers to mistake the intention of the author or interpret the author’s intention exactly right and either results in a kerfluffle. Another author emailed me this response:

Explaining a book in the comment section may invite discussion, but it seems argumentative to me. A reader has the right to their opinion of the book, no matter what that opinion is. If an author thinks their book is A and the reader thinks it’s B, no matter how much the author argues the point, it’s very rare the reader is going to change their mind–they’re always going to think it’s B. It’s the reader’s experience that matters. That’s their takeaway and no amount of explaining on the author’s part is going to change that. The only additional takeaway the reader will receive is a bad view of the author, which is never a good thing, in my opinion.

I’ll be honest, it really pisses me off when readers speak with “authority” on what my intent as an author is. They can think what they want. They can speculate to their hearts content. But don’t go around saying that Author thought this or Author did that… And any time a reader claims to KNOW what an author meant or what she was “really” doing, they just make themselves look like an ignorant.

Almost universally, the authors I emailed on this topic felt that comments to reviews are simply not a place for authors to interject their opinions. I know that at DA, if an author comes in during a discussion and I sense that it might reduce reader discussion, I’ll make a comment to try to encourage readers to discuss the book, as if the author is not there.

One author said that the only time she felt is was appropriate to comment publicly with readers is when the author is invited, such as to a Book Chat. Most authors echoed this

“In my experience, when readers really want to hear from an author, they’ll e-mail her.”

I admit that I rarely email authors at all mostly because I feel, maybe wrongly, that most authors really don’t want to hear from anyone with dearauthor.com in the email address.  I don’t know whom I’ve offended with strongly worded reviews and I don’t want any one to feel like they need to be nice or gracious to me if I’ve hurt their feelings.  To that end, there are often questions that arise from a book for which I have no answer.

I’m curious what readers and authors would like to see.  Do they want more authorial interaction?  Do they like that the conversation is primarily between readers of the book or potential readers of the book?  Are they interested in hearing the author’s perspective?

*All emails reproduced with the consent of the sender.