Is There an Irredeemable Trait? 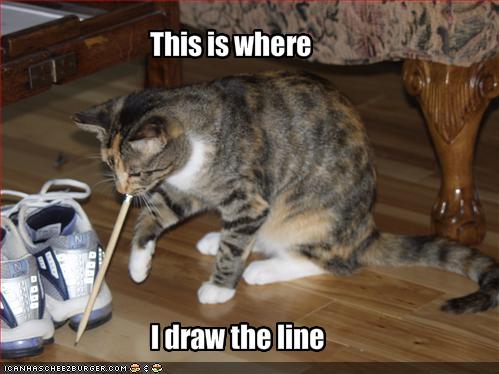 In Linda Howard's book All the Queen’s Men, Louis Ronsard plays the villian.   He’s a wealth arms dealer who is portrayed as completely amoral.   He is targeted as the middleman who sells stolen arms to terrorists.

Ronsard was a shadowy Frenchman who gave his allegiance to no one group; he was the conduit, however, for many, and he had made an enormous fortune providing what was needed. He probably wasn’t behind the development of the explosive, but he would be the logical person to approach as a middle man, one to handle payments and shipments-for a fee, of course

He was, though, not without some standards:

The maniac who wanted to explode a bomb in a school as a protest for world peace was not going to purchase that bomb or the materials through him.

But he facilitated getting dangerous weapons into the hands of men who would do terrible things, like bring down an entire airplane to get one man.    Despite this, there are a number of Howard fans who have found Rosnard interesting and would like to see him star in his own book.   After all, Rosnard had an excuse.   His daughter is sick and he’s amassing this wealth to save her.   Or at least that is part of his justification.

I never saw the appeal of a Rosnard, a man who helped terrorists.   I found that to be irredeemable.   His was not a book I’d want to read.    While it is just fiction, there are lines I have drawn, particularly in romance about the type of person I want to spend time with and even with some of my favorite authors, there are paths I can’t, or won’t, travel with her.    I note that it is generally within romance than I have more of a black and white view of the main protagonists (although in fantasy, I’m looking for the good v. evil fix as well).

There are tropes that are acceptable outside of romance that I think romance readers have a hard time accepting within the genre.   Incest is one of those.   V.C. Andrews’ famed Flowers in the Attic features a love story between the two eldest children.   Locked up in the attic for years, the two teenagers begin to explore their burgeoning sexuality with each other, knowing that it is forbidden.    This story is a horror story and the children suffer tremendous emotional and physical abuse at the hands of their grandmother and mother.   Perhaps in light of all that the children have suffered, the love of each other is a minor sin.

Within the romance paradigm, however, I can’t help but think such a story would not be countenanced.   More than one blogger has been so outraged by even the advertisement of a book containing incest that I cannot imagine the uproar that would exist if a legitimate publisher put forth an incestual romance.

Having said that, there are plenty of brother and twin menage stories and there is the famed Men of August series by Lora Leigh wherein the brothers had to share their wives with each other in group sex acts to feel whole and loved due to the fact that the brothers were mercilessly tormented as children.   (Shades of Flowers in the Attic?)

One area I have a problem with is infidelity.   In  Promise in a Kiss is the story of Devil Cynster’s mother and father.     The problem is that Devil’s father cheated on his wife with a Scottish woman and brought home the bastard to be raised by Devil’s mother.

While Promise in a Kiss is written by an author who holds a strong grip on my reading emotions, the love story of the unfaithful Sebastien and Helena is one I simply couldn’t bring myself to read.

Yet, I’ve read books that feature infidelity within the genre trope that I’ve enjoyed.   I recently enjoyed a Michelle Reid glom and one of her backlist titles is The Ultimate Betrayal which features a husband who was unfaithful (to a certain point).   The infidelity happens off screen and before the start of the book.   Amy Garvey’s Pictures of Us is about a couple who had a picture perfect marriage only to find out that during a very difficult time in their relationship, before they were married, the heroine drifted away from the hero and the hero had a sexual relationship with another woman resulting in a pregnancy.   It wasn’t infidelity, technically, but the characters feel like they were being untrue to the other.

Then there is rape.   Forced seduction is an acceptable trope in the genre and some might even say that it is making a comeback.   I was surprised reading the March Sara Craven title, The Innocent’s Surrender.   I am a big Sara Craven fan but this one features a rape scene, or at least what I would term as a rape scene, in the beginning of the book.   Hero has heroine kidnapped and brought to his bedroom. His henchman lock the door and the heroine is not allowed to escape.   Hero tells heroine that she is not permitted to leave until she has sex with him. She begs him to allow her to leave, but he tells her that he has a letter indicating that she wants to engage in lascivious acts with him and that is what she will do until he tells her that she may go.

But what about Molly Sommerville in This Heart of Mine who raids Kevin Tucker’s shaving kit, climbs into bed with him, and while he is sleeping, proceeds to avail herself of his equipment and have sex with him while he is senseless.

The romance genre has con artists like the characters in Judith Ivory’s Untie My Heart, Jennifer Crusie’s Faking It, and Courtney Milan’s Proof of Seduction.     We’ve also had batterers, redeemed ones, in romance.   The Burning Point by Mary Jo Putney attempts to rekindle the marriage of a reformed batterer and his wife.

While I’d like to say a good author could make me accept anything, I know that is not true.   There are lines that I draw for characters and if they cross that line, it makes me hard to find them redeemable. I never enjoyed The Burning Point.   While I appreciated the writing in Ivory and Crusie’s books, I was never able to fully immerse myself in their stories.   In re-reading the Michelle Reid backlist, I’m not likely to revisit The Ultimate Betrayal.   I still have the willies after reading the first two Men of August books (could never make it to book 3) but I am able to read the twinsie/brother menages (because they aren’t touching!) although even that is losing its appeal the more that I contemplate it.

How about a bad mother? Could a mother who has abandoned her child, maybe even treated the child cruelly, be redeemed?   How about a pedophile?   A serial rapist?   An animal abuser?   Are there clear lines between the good guys and bad guys in your mind?    Are there lines that you draw in fiction?   Or is it all dependent on how good the author is?   Does it matter if it is romance or literary fiction? Why or why not?