Is There An Ideal Online Community? (Part One) 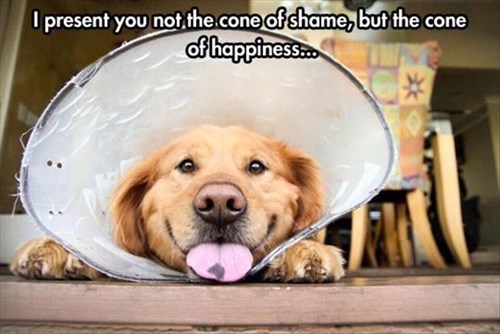 Way back in September, I wrote a post on free speech and included a question about what everyone’s ideal online book community looked like.

There were a number of interesting responses to the question, including,

Liz: On the one hand, I believe strongly that we all have a responsibility to defend our ideas in the Marketplace and be willing to argue for them if we want to put them out there. There are ideas that don’t deserve a respectful hearing, as far as I’m concerned, and people who put them out there in the Marketplace deserve the pasting they often get (e.g. racist ones). On the other hand, in a practical sense, sometimes the more laissez-faire and rough-and-tumble the Marketplace is, the fewer people are willing to engage there. Nasty speech may not be especially valuable to me, even if it is protected. (By nasty I don’t mean angry. Angry people often have really important things to say).

Sarah: I want a space where everything can be said. I want engaging commentary on books. I want snark. I want honesty of opinions and explanations.

Ros: I don’t think I want one homogenous book community. I want lots of communities which all have their own social norms and ethics.

Very few communities on the Internet exist in a space where everyone feels free to say anything they want. Whether people self-police out of fear of backlash, whether users are known to police other users, or whether there is overt site-owner moderation, most of our communities have symbolic boundary lines across which lies “the land of verboten words,” even if such a boundary is not explicitly specified.

Some communities – Goodreads, for example – have evolved from a community where the lines were very diffusely drawn to one where the active practice of censorship has created a contested pattern of bisecting and intersecting lines, with a new boundary line established every time someone’s content is eliminated without their consent. Oh, yes, I know that Goodreads refuses to acknowledge that what they’re doing is censorship, but I think it’s pretty much the textbook case for non-governmental suppression of speech. As Laura Miller notes in her Salon post on the debacle,

. . . when Goodreads first announced this initiative on Sept. 20, hundreds of reviews and ratings were deleted from member accounts without advance notice.

This latest pang in Goodreads’ growing pains is more than just an instance of poor social network management. It raises broader issues about literary culture and conversations, how they happen and who owns and controls them. The vast majority of the content on Goodreads is generated by the site’s users. As Alf Aldavan, another protester, explained it to me, longtime Goodreads members “don’t feel like users or customers. They feel like contributors, because they are: library data and reviews content are their work, as well as the actual data GR sells.

Miller articulates the real double whammy here: Goodreads users also generate the site’s content, which, in turn, is used to bring authors (and thus revenue) to the site. Consequently, Goodreads users who are not using the site for authorial purposes are basically contributing free labor to Goodreads’ profit production. AND, when that content is not in line with what Goodreads deduces is good for its bottom line, that content is unilaterally eliminated.

Prior to this shift in Goodreads’ practice (and, I think you could argue, policy), there seemed to be a relatively complex ecosystem that existed on the site, by which readers could engage in review, discussion, and curation of books, while authors could either function as readers or as authors. In other words, the site was kind of a venn diagram of overlapping communities that, for the most part, bumped along as well as any enormously diverse online community. That some of the most invested and highest content-producing readers were also among the most vocal was perceived as a problem by Goodreads, something which, as Miller and others have pointed out, could end up backfiring on Goodreads, especially if another site can effectively fill that vacuum.  Now that Goodreads has become a bit more like an author-serving factory, it’s a great example of how a community’s perceived purpose has a great deal of impact on its structure and function. (Note: see Sunita’s excellent posts on Goodreads here, here, and here)

Censorship, in and of itself, is not necessarily an evil thing. People readily approve of certain speech (or speakers) being shut down within relatively engaged communities. Take John Scalzi’s Whatever blog, for example. Scalzi comes out and tells his readers that “you have no right to free speech on this blog.” He goes on to say,

I reserve the right to edit all comments, and to moderate all comment threads, as I see fit. Your comment is more likely to be edited, moderated or deleted if it contains phobic content (based on race, sex, sexual orientation, nationality, religion, etc), is a personal attack or threat toward another commenter, is entirely unrelated to the entry topic, features more than a “fair use” amount of someone else’s copyrighted work, has such poor grammar and spelling that it annoys me, is an obvious piece of trollage, or if I find it or you obnoxious and decide I’ve had enough.

Scalzi has a loyal blog following, and those who are not really in line with his approach are less likely to even want to read or comment on the blog, with a few notable exceptions, of which Scalzi has made a public example. Consequently, even though Scalzi claims that he doesn’t really want to delete comments, he’s set things up on the front end such that people are on alert that he can and will, because it’s his blog and he runs it as he sees fit. This is what I’d call a more middle ground approach, where there is a sense of community engagement, but with pretty clear parameters set by the site owner, and a largely self-policing readership.

Then there are many other blogs online that function with a moderation policy but attempt to keep things are unmoderated as possible. These blogs, which include many Romance blogs, have a philosophical belief in the concept of free speech, but have, through custom, habit, and the self-policing of its membership (as loosely or formally constructed as that might be), a recognizable pattern of allowable speech that, if one spends any time on the site, will for the most part be adhered to, even though it’s not explicitly defined. These are often the sites where there will not be an explicit appearance of a hard boundary line until it is perceived to be crossed, either by a substantial number of commenters/members or by the site owner(s). And the fact that the entirety of the membership may not be known or discoverable makes things even more complicated, especially when there is a surge of new participation around a controversial issue or speaker.

Still, as Sunita noted in her post last week:

Policing is not always bad, not by any means. It’s a way of keeping order, which all communities find necessary, and of reminding individuals of shared norms, which hold communities together.

That acceptance of the need for some order is probably why we see very few truly unmoderated sites and blogs, especially in romanceland.  People disagree all the time about what level of moderation should be used (partly because we don’t all share the same norms about what constitutes the ideal level of order), but we don’t disagree with the principle of moderation. And we recognize that some people have more policing power than others in certain circumstances, thus the common phrase “your blog, your rules,” whether we agree with those rules or not.

I am going to have to cut this discussion into two posts, but before I conclude this part, I want to return to the notion that purpose can often create a sense of clarity for community members (only a small fraction of which may actively comment), and in some ways, the more narrow the parameters of a community, the safer it may be for members to participate. In other words, the more spelled out and numerous the rules, the easier it may be for people to discern what is and isn’t allowable. At the same time, the narrower the parameters, the more exclusive the community may be in terms of membership, and the narrower the limits of allowable speech.

By contrast, those online communities that have the fewest rules may be the most volatile, as members search for the boundary lines and only find them by running painfully into them (via backlash from other members or site owners). These are sometimes the communities that are the most dynamic, with members moving in and out, through and among, a fluidity which may or may not be evident in comment patterns.  When there is a strong philosophical desire to have the most diverse, most engaged, most welcoming and interactive experience for members, this may come with uncertainty about feeling safe to speak out, especially for those who may be relatively new to the community.

In other words, a theoretically freer space may ironically feel less safe for its members to speak freely, while a space with more rules and exclusivity may feel safer for its members to speak freely. What I want to look at in my next post is the way this paradox can be self-perpetuating, as well as some strategies for creating safer, more inclusive online reader spaces.

So for this post, I want to leave you with two things. First is part of the famous dissent by Supreme Court Justice Oliver Wendell Holmes, Jr. in Abrams v. United States, in which he outlines the logic for what we now call the “marketplace of ideas,” which has come to represent a sort of ideal within the US paradigm of free speech.

Persecution for the expression of opinions seems to me perfectly logical. If you have no doubt of your premises or your power, and want a certain result with all your heart, you naturally express your wishes in law, and sweep away all opposition. To allow opposition by speech seems to indicate that you think the speech impotent, as when a man says that he has squared the circle, or that you do not care wholeheartedly for the result, or that you doubt either your power or your premises. But when men have realized that time has upset many fighting faiths, they may come to believe even more than they believe the very foundations of their own conduct that the ultimate good desired is better reached by free trade in ideas — that the best test of truth is the power of the thought to get itself accepted in the competition of the market, and that truth is the only ground upon which their wishes safely can be carried out. That, at any rate, is the theory of our Constitution. It is an experiment, as all life is an experiment.