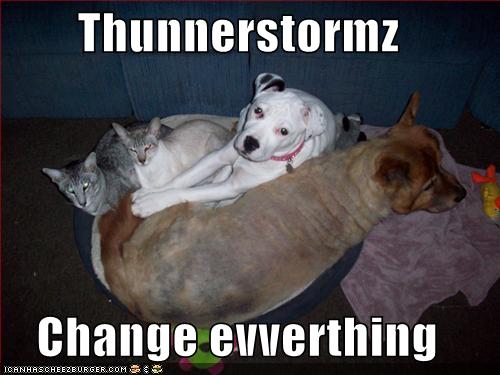 I’ve spent a lot of time ruminating about the business of publishing, on the blog, with other people, and in my own head.   I love books, obviously, and I’ve been a reader my entire life.

I don’t want publishing to die. I have very good friends who are in the industry, who write books, and who, like me, are readers.   We would all suffer greatly at the death of publishing.   But we are in a transformational time for publishing and this process of change will bring about pain and loss.

I don’t mean to be melodramatic but it’s true.   Traditional publishing has been based on an advance paying system whereby publishers pay authors some amount of money in advance of publication. Because the publisher is taking nearly all of the risk, the publisher takes nearly all of the profit.   The only true way for an author to receive a raise for her work was to get a higher advance because the royalty rate was generally unchanged.   The ideal is that each new book brings a higher advance.

The issue of royalties and digital books came to a head with the Wylie book deal announced a couple of weeks ago.   No less than four CEOs of the major publishing houses have given comments on the deal. Random House made legal threats. John Sargent of Macmillan was roused today to state it will vigorously protect its rights and that of its authors against – Amazon? Wylie? Only Penguin CEO was sanguinebecause apparently backlist titles represent only a small fraction of income at Penguin.

Since the 80s, there has been some clause in publishing contracts covering digital texts. In 1994 and onward, this type of language was standard.   It’s the contracts that predate the 80s that are up for grabs and worth money. They are worth money because the content has already been edited. These authors have had some audience at one point. Every penny, for each side, is nearly pure profit. For the publisher, they’ve already paid an advance and either earned that advance back or written it off. For the author, they’ve been paid once (an advance) with possible royalties, and for ebook rights reverted, no amount of that needs to be sent back to the publisher to cover an unpaid advance. Each sale represents money in the author’s pocket.

Authors whose print rights have not yet reverted want to claim those digital rights and be paid at least a 50% royalty. The argument is that these ebook rights are subsidiary rights. Under a contract, there are primary and subsidiary rights. Primary rights include those that the publisher intends to use (such as publishing and distributing the work in book form). Subsidiary rights that the publisher might license to someone else like audio or motion picture.   Right now, authors are arguing that ebooks are a subsidiary right and thus should be allowed a much higher royalty rate.   Publishers are arguing that ebooks are a primary right, a right that is subsumed with the risk borne by publishers through the advance system.

The problem is that the publishing industry cannot sustain both high advances and high royalties for books going forward. The backlist title rights are one thing, but I feel like the Wylie deal creates expectations in an ongoing fashion? Look at J.A. Konrath. Konrath has had great success with his ebooks. At last count, Konrath wasselling over 5,000 copies of digital books a month. But when he shopped his books, publishers weren’t willing to give him a desirable advance and presumably royalty share based on those ebook sales.

This is how it works at the publishing house. An author subs a manuscript, either herself or through an agent, to an editor. If the editor wants the book, she works up a profit and loss statement (this is just an example and here is another) to justify an advance. She has to go to the editorial board and sell everyone on a) the acquisition of this book and b) the advance for the acquisition. (Note, the editorial board thing doesn’t happen everytime, but a P&L sheet is done for each book).

Currently P&Ls are based on how many books that are printed, with the costs of creating the book, distributing the book, as well as any returns. P&Ls are based on sales of print books. So Konrath’s success in the ebook market could not have been translated on the P&L statement. His success in the print market was much more modest and accordingly the editors’ offered advances were probably based on the print market success.

Why is this important?   Mass market sales have been in a downward trend.   The Dorchester news only highlighted this.   Sales of mass markets have declined by 25% for Dorchester and for the entirety of the market, sales for mass markets have been trending downward since 2006.   My sources tell me that advances are contracting dramatically and that print orders from retailers are down as well.

The last year mass markets saw an increase was in 2006. The increase in 2006 was 4.6% and sales were at $1.1 billion.   Amazon predicts that digital sales at Amazon will overtake mass market sales soon.

According to Mike Shatzkin, printing costs are the biggest   cost for a publisher.   Dorchester has maintained that it is losing money due to print books and hopes to salvage its house by going digital first with trade paperback supplied via print on demand.

Publishers have to start compiling better numbers on ebook sales and projecting ebook sales so that the advance system can continue in some form.   It may be that advances will be dramatically reduced and that majority of authors will not get an advance.

For authors, they have to weigh high advances versus high royalties. In this nascent digital book environment or even going forward, I don’t think you can have both. In time, publishing houses may be able to predict digital book sales like it tries to predict print sales, but one thing is for certain: orders will no longer be an asset on the plus side of the balance sheet.   Instead orders must be replaced with actual sales.   Remember in Sittenfeld article?   In it, publishing is described as more casino than business.   Without a business based on orders, publishing has to become more business and less casino.

For readers, this means some authors won’t write anymore. This is the pain and loss I referred to above.   Some authors won’t continue to write without an advance. They won’t do it because of a variety of reasons and none of those reasons are wrong.

I know that there are some authors out there that I will miss if they stopped writing.   I miss Judith Ivory, a lot.   I think Lavyrle Spencer wrote some of the best contemporaries ever and she’s retired.   (and of course, there are authors still writing whose works have changed so dramatically since their original tone/voice/quality it’s like they stopped writing).

My hope is that there are those authors out there that will be ready and willing to embrace the new business of publishing, no matter what form it will take. I know I will be ready, with credit card in hand, ready to pay for those books.

→ Jane
Previous article: REVIEW: The Pig Did It by Joseph Caldwell
Next Post: REVIEW: Just Business by Julie Cannon