The Enduring Appeal of The Small Town Romance 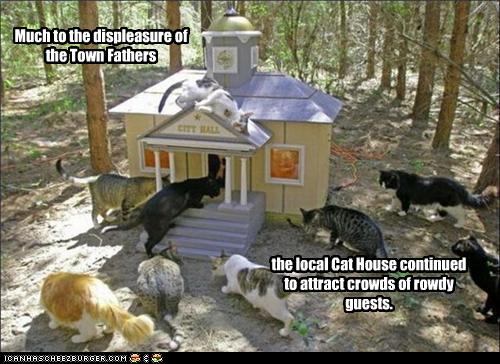 Who doesn’t love a small town Romance? Given Jane’s observation in her 2011 RWA wrap-up that small towns remain very popular, apparently a lot of readers do. Given the comments to that post and various lamentations from readers online, there are many readers who absolutely despise the small town Romance.

While all genre devices have advocates and critics, the divide over the small town device seems especially wide. Critics charge it with being anti-feminist and reactionary, not to mention candy-coated fantasy. Advocates point to the strong family and community bonds, the often quirky characters, and (sometimes) a focus on more traditional social values.

I admit that I tend to avoid the most saccharine of the small town books; I’ve been wary of Robyn Carr’s books, for example. But among those I do read, I find some true diversity. For example, I’d put Jill Shalvis’s Lucky Harbor and Sunshine, Idaho books in the candy-coated category. Lucky Harbor seems a very idyllic small town, with the reunited sisters/heroines elevating domesticity to an epic level by deciding to refurbish and re-open the inn their deceased mother owned. The protagonists may have wild, difficult, unloved, even abused pasts, but somehow the current incarnation of the town seems to polish up even the roughest edges of life. It’s a bit like Lucille Ball meets Frank Capra. The insularity is rendered as charming rather than dark; community as a source of strength, support, and outstanding baked goods; and love heals all. It is, after all, Lucky Harbor.

But I’ve also read a number of small town Romances that have more of an edge. Victoria Dahl’s Talk Me Down, for example, brings heroine Molly Jenkins home to Tumble Creek in an attempt to escape her stalker ex-boyfriend. And while the town offers her a delicious diversion in the chief of police’s uniform (Ben Lawson),  Molly can neither escape her ex nor the scandalous implications of her secret career as an erotica writer. And who can forget Jennifer Crusie’s Welcome To Temptation, where Sophie Dempsey hopes to make a name for herself with a documentary featuring an old-time actress and ends up in a battle between her very warm feelings for the handsome mayor, Phin Tucker, and his mother’s feelings for her, which are much cooler and more disapproving. It’s pretty much a meta-novel on the small town Romance, where the “family values” aren’t always what they seem.

Still, the small town Romance seems to have a big reputation for being over-idealized, anti-feminist, and dangerously blind to the real problems that too much insularity can breed.

Part of the issue may be that inspirational Romances often make use of this device, as well, blurring subgenre boundaries. I know many love the Robyn Carr books, but the imagery of the “Virgin River” and the whole love and healing motif have kept me from reading the series. And I think we’ve all read those small town books in which the heroine seemingly inexplicably throws off the chains of her ambitious career and chic urbanity for the SAHW+M role, with the small town world idealized to the point where the heroine’s motives for choosing that life apparently don’t need to be carefully considered and explained to the reader.

The more traditional books in the small town panoply reminds me of some of the books within the sentimental novel tradition, characterized by novels like Fanny Burney’s Evelina and even Charlotte Bronte’s Jane Eyre, and the domestic fiction tradition of the mid-19th C. Books by women like Catherine Sedgwick and Harriet Beecher Stowe, which portrayed women learning how to make good choices, especially a good choice of marriage, which, as Cathy Davidson notes in Revolution and the Word, was probably the most important decision a woman could and would make in her life. These novels glorified domesticity as the ideal realm for women, motherhood as the pinnacle of a wife’s service, and reasonable sentiment as the greatest power for women to cultivate in themselves [recklessly simplifying all through this paragraph]. Novels like Eliza Wharton’s The Coquette demonstrate the perils that can befall women who ignore their good judgment in favor of unreasonable passions (unwed pregnancy, social humiliation, poverty, death, etc.), giving the sentimental novel a general ethos of moralism that may or may not be subtly subverted within the text itself. And some of those values have moved straight into a number of small town Romances.

Which, when you think about it, makes a certain kind of sense, especially given the social conservatism of marriage. And by conservatism, I don’t just mean in terms of moral values, but also of preserving a coherent, lasting social structure, which the West considers to be rooted in the nuclear family.  Combined with the small town motif, which brings to mind myriad cinematic and popular media fantasies (Frank Capra, Norman Rockwell, and Thomas Kinkade, for example), especially for Americans, there is a tendency, perhaps, to idealize and naturalize social conservativism. When you add a benign insularity to the mix, it can feel both comforting and claustrophobic.

In many of the small town Romances I’ve read, while the heroine’s life simplifies in some ways once she moves into the small town environment, it becomes more complicated in others. Often, the other ways involve a developing romantic relationship. I’ve enjoyed a few books that feature a hero’s return to a small town, notably Theresa Weir’s Bad Karma and Jill Shalvis’s Instant Attraction, both of which feature men who are grappling with deep emotional trauma. Victoria Dahl’s Good Girls Don’t features a hero who has returned to small town life from Los Angeles with deep physical and emotional wounds to heal. More often, though, it seems that it’s the heroine who is the focus of the small town idealization, which may add to the difficulties some readers have with this device.

Despite the difficulties protagonists may face from the small town environment – everything from criminal activity to nosy neighbors, interfering eccentric family members, and cute dogs – there does seem to me to be a benign fantasy element to most of the small town Romances I’ve read. Many of the overwhelming choices the heroine has to make have been stripped away; her priorities change to be more emotionally and romantically charged; and the romance seems to play a significant role in resolving some or all of the problems plaguing the heroine in her “old” life. What I’m not sure about is how many of these fantasy elements are exclusive to small town books and how many are Romance genre staples, magnified in a different way when combined with the small town device (economic prosperity comes to mind here).

In fact, the small town fantasy reminds me quite a bit of Nancy Friday’s theory on the submission fantasy, namely that it’s “a chance to relieve ourselves of all responsibility for the delicious, forbidden sex we crave” (Beyond My Control: Forbidden Fantasies in an Uncensored Age, 2009). Instead of being forced to submit sexually as a way of feeling free from the burden of responsibilities and choices, the heroine submits to a new life, which is often undertaken with great reluctance or even active resistance, and which strips her of many of the previous responsibilities and choices she previously had. It’s a submission fantasy of another type, more emotional than sexual.

My own view is that it is definitely possible to create a small town fantasy that does not look like a somewhat reactionary idealization of life before second-wave feminism, although it may be difficult to do that without satirizing the small town fantasy. Not that it isn’t possible, but for me that possibility is exercised in well-crafted romantic development that enhances rather than substitutes for other priorities in the heroine’s life. Or, if the heroine chooses to leave her big city life behind, I need to feel that her choice is as independently and intelligently made as we would expect of a choice to pursue a position as a NYC corporate CEO.

But what do you think: is there a dividing line for you in what small town books you love versus those you despise, or are you an unabashed lover or hater of this subgenre of Romances, and why? Do we overgeneralize small town books in the genre? Can/should small town Romances should be more socially progressive, or is the benign community ethic and the fantasy of the simpler, healthier life the necessary appeal?