Infidelity and the Romance Genre 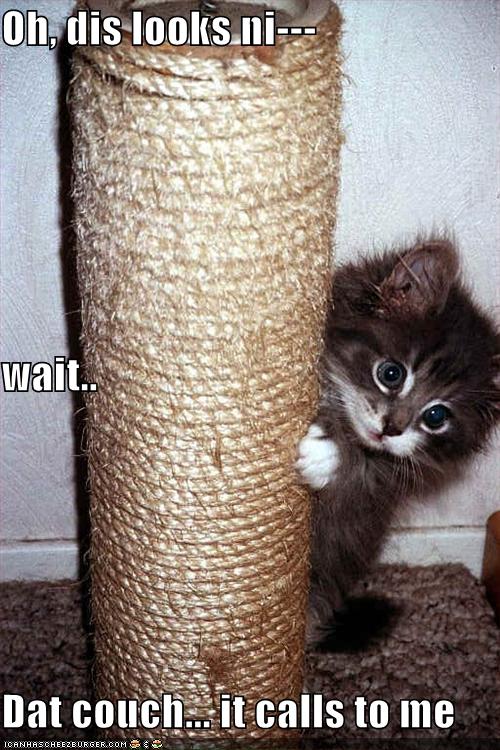 WARNING THERE WILL BE SOME SPOILERS FOR SHADOWFLAME by Diann Sylvan, a July 2011, release. I recommended her 2010 release but this book was the inspiration for this piece.  In February, we posted a guest piece by author Julia Spencer-Fleming entitled Julia Spencer Fleming on Infidelity: Adulterer. Cheater. Unfaithful. Home-wrecker. Other woman. In romance, infidelity is often used to describe the villain in the book whether it is the terrible ex boyfriend or husband or the faithless whore of a wife or girlfriend.

The romance between the two main characters, Episcoplian Priest, Claire, and Chief of Police, Russ, is forbidden because Russ is married. At the beginning of the series, Russ is happily married. Spencer-Fleming describes the dynamic this way:

However, the most interesting part–to me–of the relationship between Russ and Clare is their attempt to not cheat. To draw the line and stick to it, even when they’re not sure where the line is. To honor their commitments and struggle with their feelings.

In 2009, we posted a poll about adultery. The post generated 79 comments. These are the poll results.  (Some of you long term members of the DA community commented on this post so go check out your 2009 opinions).

Most of the commenters stated that there was no hardline regarding infidelity in romance but there were others who stated that if a character is unfaithful, then they doubt that person could be committed to another person.  I don’t seek out books that have infidelity in them, but I’m no longer the hardliner I once was.  Having said that, how infidelity is treated within the story makes a difference.

I read four books this year that made me start thinking about whether I want to have infidelity in my romances and if so, how I want them portrayed.

Let me start with the Daphne Clair books.  Daphne Clair is a recommended author in the Amazon thread HP’s that you like? Clair is an interesting author and some of her works have been digitized but the two novels I’m going to talk about were published in 1984 and 1995.  Marriage Under Fire is about a wife who cheats on her husband and A Perfect Marriage is about a husband who cheats on her wife. Both books explore the why of the cheating.  In MUF, the heroine was married very young (I think 18) to a man in his 30s.  She hasn’t really had any identity other than wife and then mother.  She gets a job outside of the home and flourishes.  Her husband doesn’t understand and in fact demands she quit the job.  Hurt, she turns to this dynamic young man who had hired her for the position.  She spends more time with him and eventually sleeps with him one afternoon.  (I kept thinking she wouldn’t up to the point that she did and even then I wondered because I thought maybe she just kissed him, but in a later scene, she admits to having sex with him).

In APM, the husband is avidly pursued by a young female lawyer.  The hero and heroine married because they liked each other. They were a bit afraid of deeper emotions, the hero having lost his fiancee and the heroine having fallen in love with a married man at a young age.  The heroine never felt truly comfortable with her own sexuality and the marriage turned into more a friendship than a relationship between lovers.  The husband begins to look outside the marriage and at one point actually tells the heroine that he has fallen in love with another woman.  He had been having sex with the other women for almost six weeks.  He even moves out of the house and takes this other woman to meet his family.

APM is almost painful to read, primarily because we see things from the betrayed wife’s point of view. She doesn’t immediately kick her husband out.  She’s loathe to see her 10 year marriage dissolve and as she’s confronted with the fact that Max is leaving her, she recognizes that part of her pain arises out the fact that she’s loved Max for a long time but was afraid to show it, afraid to get hurt.

In both stories, the couples get back together.  In APM, the hero sleeps with his wife (at the same time sleeping with this other young woman) and gets her pregnant and so he leaves the other woman. He says that he was done with the other woman even before he discovered the pregnancy and truly, the wife and the husband’s lives had been interwined for so long that he kept returning to his wife’s side and ultimately her pregnancy makes him realize how much he loves her.  Yeah, I didn’t buy it either.

In MUF, the heroine returns from her tryst to find out her husband’s father had a heart attack whilst she was enjoying some afternoon delight.  Husband punishes her with a bout of angry, emotionless sex.  She’s miserable but eventually the work past it.

In both books, the infidelity opens up new pathways of communication.  It marks and changes them, for the better, at least if you buy what the author is selling.   The couples begin to talk about why they felt their marriages had failed them and why they had failed their marriages.  I don’t know that I was convinced about their HEAs, but I did feel like the infidelity storyline had a purpose, a reason for being there.  Daphne Clair was really trying to explore why marriages work, why partners stray, and how those relationships can be repaired.

Contrast that to Tori Carrington’s Reckless Pleasures wherein the issue of infidelity is never really addressed.  The characters aren’t marked in any way by the unfaithfulness of one partner.  There is no growth of the relationship arising out of the incident of infidelity.  It was more of a prop than anything else and led to an extremely unsatisfying read. There is a marked difference in how Clair treats the subject matter and Carrington treats it.  Clair recognizes it is a combustible issue. She looks at both sides of the coin. She tries to examine the underpinnings of the character’s actions.  It is meaningful for her and she treats it respectfully.  Carrington’s portrayal of it is almost cavalier, as if it is of no import.  It’s just physical is the message that I think Carrington wanted to send; yet, at the same time, it is supposed to be the basis of the conflict.

But even Carrington’s book didn’t both me like the portrayal of infidelity in the Diann Sylvan book. Before I go on, it should be noted that the Sylvan book is a UF book and not a romance.  In the Sylvan book, Miranda and David are soulmates, chosen to be together by a mystical stone made by gods that predated their lives.  The first book, the book I recommended, is the story of their coming together.  In the second book, Miranda is to meet the other leaders in the world.  They come from all over to greet her and honor her mating with David.  Unbeknowst to Miranda, David had a longtime affair with the leader of another territory, Deven.  Deven and David used to be lovers until Deven found his mate and then David was forgotten. Heartbroken, David left and become Prime of the South.

Deven and his mate come to meet Miranda.  While Deven is visiting, David and Deven fall into bed with one another.  Being in the other’s presence causes their lust and love to rise up until they cannot think of anyone or anything besides one another.  What makes this so much worse is that when two are mated, the other can feel their sexual pleasure.  To compound things, while Deven and David are having the most orgasmic sex ever, Miranda is recovering from a near fatal wound.

But like the characters in Daphne Clair’s books, David and Deven’s connection is not just physical, but emotional as well:

“I don’t want to feel this way,” Deven murmured into David’s chest. “I want to forget we were ever in love and be content with friendship. But I don’t think I can, David. I can keep my distance and I can honor your commitment, but I can’t ever stop loving you.”

David drew back to look at him. There was such anguish in his face, and David felt it just as keenly himself even if it didn’t show. “I know,” he said. “Neither can I.”

There are three things that set me off (I know, even beyond what I have stated).  One, I never felt like the infidelity issue was ever addressed. David apologizes and promises to be faithful.  To do this, he will not be in close proximity to Deven.  Second, the mate bond was kind of made a mockery of and yet the book never addressed the potentially explosive issue of true love versus mystical pairing.  Finally, the excuses Miranda gives that it was kind of hot to think of these two men together.

What I learned from these four books is that I can read an infidelity story and still believe it is a romance.  The problem is that infidelity is such an emotionally charged topic that even some of the most sensitive treatments can fall short. Ultimately the only way the Spencer-Fleming series worked for me was that Claire and Russ did struggle with their emotional connection.  It’s not an issue that should be inserted into a book without thought and care and even then, I think authors have to be prepared for negative reaction.

In this day and age, it seems like we are being hit with unfaithful men left and right.  Tiger Woods, Arnold Schwarzenegger, Eliot Spitzer, and yes, Anthony Weiner (whose actions bring up another interesting issue as to whether emotional infidelity is worse than physical infidelity as was suggested by one commenter to the JSF post).  Infidelity stories are not ones that I actively seek out. Most of the time, I will avoid them altogether. In Clair’s case, though, and on the recommendation of other readers, I actually ordered the paper copies. In retrospect, the infidelity stories cause me more pain than joy.  I know that I find the stories without infidelity far more satisfying.  What about you?