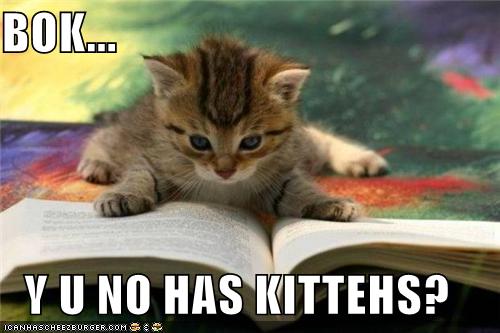 Sarah Wendell and I had a lively debate via email on the topic of inclusion or getting it right.  The Mahajara’s Mistress by Susan Stephens recently reviewed at Smart Bitches features a heroine who has an eye patch due to the loss of an eye and is scarred in her face.  She dresses like a pirate and works at a trendy hair salon in Monaco.  The disfigurement is largely an accessory and not well integrated into the heroine’s character arc.  I felt that the inclusion of disfigured heroines, even when poorly done, was a step forward.  Sarah disagreed. With Sarah’s permission, I have excerpted some of our email exchanges (and yes, I write the briefest emails of all time):

Jane:  There is another HP featuring a heroine who has a prosthetic leg and I confess that I was really disappointed that there wasn’t some discussion about her shyness in taking off her clothes, in showing her leg to her partner.

I mean, in comparison to the lovely breast cancer story by Karina Bliss, there is no comparison, but I give kudos to Harlequin for allowing these characters to exist, even in their meringue like forms.

Sarah:   I can’t give credit for the attempt when the attempt is so shallow and poorly done. You can’t give a character a disability or difference that is so profound and treat it as if it’s haircolor. It’s like all the characters we were discussing before, J, that have coffee-variation colored skin. Does the darkness of their skin affect them or permeate their existence in noticeable ways? No? Then what’s the point of giving a difference from the established Caucasian heteronorm if the difference makes no difference?

Jane:  No, you have a good point, but I think I want to have more inclusion, even in these fits and starts than no inclusion at all.  But I think that describing people with coffee colored skin is tired and old.   So I’m less irritated by the inclusion of a character of color but by the use of food to describe them.

Sarah:   I think what this comes down to is what I think of as the two styles of making change: you can storm the castle and demand change, or you can sneak in the back and change from within. Usually I advocate for the former for a mess of reasons but in this case, the “fits and starts” don’t work for me as a reader and I want to storm the castle. I can’t give any credit to anyone for publishing a half-assed character with a disability or disfigurement.

What bothers me about the fits and starts and the way in which “different” characters are included is when that inclusion is so shallow, the disability or difference is an accessory that can be turned on and off or used for pathos when the scene demands and forgotten otherwise. That’s not how it works. For example, contrast Mia in “Maharaja’s Mistress” to the Karina Bliss character who had a mastectomy without reconstruction. That character’s loss of her breasts was felt in so many small ways, and affected so many parts of how that character felt about herself as a female, as a sexual being, and as a daughter (esp since her mom’s mental health was failing at the same time). Mia, from MM, had an eyepatch. Sometimes it had sequins. She was embarrassed about how she looked. That’s about it.

I do not mean to sound strident here, but there are so many times when I read a review of a romance and see readers say, in effect, “I had NO IDEA there were characters like me in romances,” whether it’s Asperger’s or post-mastectomy. The example you gave of the character having one limb missing and using a prosthesis yet having no shame or embarrassment about showing her body to her partner – that’s just insulting to the reader who has that or similar experience. To treat a major difference like a decoration demeans the experience of people who do have that difference.

So the inclusion makes me want to storm the castle and demand characters who are different from the established Caucasian able-bodied norm and whose differences are at the very least realistic. As a reader, I find it insulting to be told that something so major as a loss of an eye or a leg is no big deal when the characters get naked. There’s a lot of things the mighty wang can do, but growing another eyeball surely isn’t one of them.

Jane: I’m thinking about paranormals and where there is a distinct lack of cultural representation. The homogeny amongst angels and demons being all white is incredible so any inclusion of non white characters as the protags is a bonus for me.

To expand on my thoughts, the norm in romance is white anglo saxon, even in paranormal books we have angels describing other people of color as “exotic” or the only non white people are the bad guys.  In a paranormal world, how is it possible that all these beings: valkryies, vampires, werewolves, angels, demons, fae, etc. are white or European, mostly western European?  It’s not that I don’t think authors shouldn’t make every attempt to “get it right” (see infra, contemporroneous and mistorical discussions).  I do. I think that when you are writing about anything, whether it is women having a career, or characters having a disability, or being of a different race, that authors should do their utmost to get it right because it is respectful and shows thoughtfulness on the part of the author.

It’s that in the romance genre, we are reading a largely homogenous group of people regardless of the sub-genre which would allow for more freedom such as paranormals or contemporaries and perhaps I would give more latitude to authors trying to be more inclusive of differing races, religions, and abilities.  I was thinking about holiday stories recently and how almost all of them seem to celebrate Christmas.  Where is Hanukkah? or Kwanzaa?

We would love to hear what you have to say.  More inclusion even if the authors are flubbing it up right and left or getting it right even if it means more homogeny?