In Praise of the Man Titty 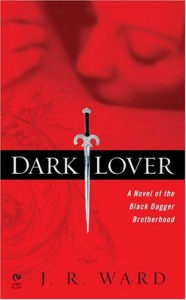 "A book’s cover is absolutely the single most important thing about the
physical object that is a book.” –  Betsy Groban, Little, Brown and
Company, Inc. (login required).

The cover of your book is the single most important promotional element. – Dick Claassen, Editor Awe-struck books.

It’s irrefutable that the naked male chest cover sells books. It sells more copies than books with houses, flower gardens and lovely ladies. According to Sue Grimshaw, Buyer for Borders Group Inc., “the sexier the cover the more interest we see from our customers, especially in the paranormal and historical sub-genres. Male torsos continue to be best sellers and a good stepback never hurts. ”

The clinch cover emerged in the 80s to create a genre look for romance so that the men who were stocking these books woud buy them and shelve them. Over time, the clinch has given way to the naked man chest cover. The reason for this is best described by Denise Little in an awesome piece written by Laura Resnick.

The clinch gave the genre a uniform, identifiable look which helped it emerge as a force in the late ’70s and the ’80s. – Denise Litte.

Genre identification is just a different way of saying branding. We associate certain things with visual clues. Coke, Pepsi, cars all use some type of branding to make consumers immediately identify the product with the manfacturer. Genre identification goes beyond the individual publisher to embrace the entire romance industry. The problem is that when one book is successful, publishers copy that packaging as closely as possible until the exteriors are as homogenized as the interiors.

I just came from Barnes and Noble and there were tables after tables of books layed out so that I could not distinguish one cover from the other. It was just all a conglomeration of colors running together. Maybe if I had stared at it long enough, it would become one of those optical illusions and one book would jump out at me, but the longer that I stared at the tables, the more the covers became one giant impressionist painting.

I am beginning to think that I can’t trust covers these days because comic covers doesn’t necessarily mean a comic book. (Tall, Dark & Dead by Tate Hallaway). A woman’s modern day slip doesn’t mean contemporary. (Undressed by Kristina Cook). In this day of greater hybridization, I can barely tell what the difference is between a chic lit a romance, a paranormal, a funny paranormal. I don’t know what to buy anymore and I don’t have time to read a thousand reviews, the back blurbs or the first chapter for every book that catches my eye. This is true for buyers as well as readers.

In the same Resnick article, she relates the following:

A publisher’s sales representatives go to the buyers with their publisher’s current list several times a year. The “buyers” are the people who represent the major chains, the superstores, and the various distributors; they are the people who decide whether or not your book will get into bookstores, supermarkets, bus stops, airports, department stores, and other outlets, locally as well as nationally. “The buyers,” says Mydlowski, “say to the publisher’s representative, ‘We can take twenty-two mystery titles this month. So we’ll take Paretsky and Peters and twenty others.’ The salesman lays out all the mystery covers on a table, and the buyers choose their remaining twenty titles from the covers they like best.”

Sandra Hill is one author I recalled whose book had two different covers. The Very Virile Viking featured both a “hunk” and a “cartoon” cover. (The VVV received a starred review from PW). I asked her whether she felt comfortable sharing whether there was a difference in sales for the different covers.

The sales for both editions are roughly equal, but there were almost no stores where both copies were available. IOW, the reader did not have a choice. I write romantic humor, no matter if it is historical, contemporary or time-travel; The Very Virile Viking is a tongue-in-cheek title for a contemporary time-travel. When the first cover was shown to me, the cover was a cartoon…so awful one reader referred to it as Peter Pan on Crack, but the thing that prompted Dorchester to go for a second cover was that the Viking’s shadow looked like a devil, which many, many romance readers would object to. Stefan was the model for the second cover, which was a very nice hunk cover. It was not a good experiment, readers who love hunk covers were outraged to only find the cartoon cover in their area and vice-versa.

I will say this about hunk covers, they probably established me in the early years, especially since so many of them featured John D’Salvo.

Hill goes on to share a couple of funny stories about her covers which I felt should be shared with blogland:

Funny story. I called the cover of Sweeter Savage Love, an historical time-travel, featuring John D’Salvo lying on a bed, just barely covered by a sheet, my “bag over the head” cover, meaning I wouldn’t do a book signing in a mall for that book unless I had a bag over my head. And, btw, readers like to point out to me that it sure

looks like something suspicious peeking out of that sheet. This book sold very well, and at least some of it is due to that blasted cover.Writers love to hate sexy hunk covers, but ironically, when I have done book signings at author-heavy conferences, guess which book always sells out first. Yep, JohnD in the buff.

>Another funny story. When I first saw the cover art for my second novel, The Outlaw Viking, I almost had a heart attack. There was JohnD in a blond wig wearing a fur thingee, which of course my hero never wore. I swear there is a closet in cover artists’ studios where clueless artists go when they need props. In my case, it’s, “Oh, this is a Viking book; let’s go pull out the fur thingee.” As to the humor here. When I showed that cover to my hair sytlist, I expected her to remark about how silly that fur thingee was, but instead she said, “Whoo-boy! I guess that fur thingee slipped a bit.” I said, “Huh?” I didn’t see anything. But you know, it was kind of like those Waldo books where you look and look for the hidden object and when you finally find it she can’t believe you didn’t see it in the first place because it is so glaring. Well, that’s how I feel about The Outlaw Viking. Everytime I look at it now, all I see is the “Waldo.”

I guess I’ll take a John D’Salvo or Nathan Kemp cover any day of the week when it promises me romance with a capital R instead of a the following Kensington cover discovered by The Good, The Bad, and the Unread. All this thought about covers led me to contact a few cover artists about their contribution in the romance industry. In June, we’ll run a short “interview with a cover artist series.”

What questions do you have about covers and cover artists? (ie. what do you want to see answered in the interview). What is the best or worst cover you’ve seen? Have you voted in the “cover contest” over at the Cover Cafe? If you are an author, what is your best or worst cover story? Do you have good or bad cover karma as Denise Little suggests in the Resnick article?