How to Fling About Legal Insults Like a Lawyer, Part 1 of Many Parts 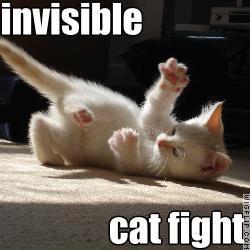 It has occurred to me, from my years of online inhabitation, that people love to fling about the threat of a lawsuit but never really follow through. The sad truth is that most people apparently can’t tell their ears from their eyes when demanding reparations. The most frequent accusation that I’ve seen is that we bloggers are slanderers. I don’t know why the word “slander” has become shorthand for defamation but it seems to be the most commonly used term when someone has something dislikeable uttered about her or him.

I felt it was worthwhile to do a couple of posts on the law of defamation so that when people become unhappy with what I have written, they can consult these series of posts to correctly phrase their legal threat. Or maybe bloggers can realize that there are some defenses.

Defamation is a legal term which is defined as the untruthful statements of fact made to a third party that causes damage to a person’s reputation. From the Black’s Law Dictionary, Sixth Edition:

An intentional false communication, either published or publicly spoken, that injures another’s reputation or good name. Holding up of a person to ridicule, scorn or contempt in a respectable and considerable part of the community; may be criminal or civil which includes libel or slander.

Defamation is that which tends to injure reputation; to diminish the esteem, respect, goodwill or confidence in which the plaintiff is held, or to excite adverse derogatory or unpleasant feelings or opinions against him. Statement which exposes person to contempt, hatred, ridicule or obloquy. The unprivileged publication of false statements which naturally and proximately result in injury to another.

Defamation can either be published orally or in writing. Oral defamation, that which can be heard with the ears, is referred to as slander. Written defamation, that which can be read with the eyes, is referred to as libel. For anything that is transmitted via the interwebs, the claim will always be “I am going to sue you for libel” rather than “you slandered me”.

A lawsuit brought against a blogger for making an unfavorable statement can be a SLAPP or “Strategic Lawsuits Against Public Participation”. George W. Pring and Penelope Canan coined the term in its law review article, Strategic Lawsuits Against Public Participation, 7 Pace Envtl. L. Rev. 3, 4 (1989). California was one of the first states to enact an anti-SLAPP provision. Calif. Code Civ. Proc.  § 425.16. The beginning of the chapter states the purpose:

The Legislature finds and declares that there has been a disturbing increase in lawsuits brought primarily to chill the valid exercise of the constitutional rights of freedom of speech and petition for the redress of grievances. The Legislature finds and declares that it is in the public interest to encourage continued participation in matters of public significance, and that this participation should not be chilled through abuse of the judicial process.

The hallmark of a SLAPP suit is that it lacks merit. For example, if someone were to threaten a blog owner for making them look foolish for posting plagiaristic material, it is likely that the court would view that suit as lacking in merit and designed to quell the valid exercise of free speech.

Wherein the Unhappy Person states the following in support of her Unhappiness:

Wherefore Unhappy Person respectfully prays the Court punish MeanGirl in all the ways including ones that are not on the books; but, if nothing else, in all ways that are just and equitable.

In a 2003 case, MacDonald v. Paton, a website owner was sued for defamation by a political figure for content the owner placed on her site. MacDonald v. Paton, 782 N.E.2d 1089 (2003). The Unhappy Person was referred to as “Gestapo agent” in the Athol Daily News. Paton’s, the MeanGirl, site included a section called the “The First Dictionary of Athonics” and after the Athol Daily News piece, Paton wrote up the following definition:

“nazi – not see 1. A political affiliation whose platform espouses military dictatorship, racial cleansing, eugenics and intolerance. 2. In Athol, a term sometimes used to describe certain selectmen who wish to ignore most issues except for those which place them firmly in bed with chiefs of police. (see Old Macdonald had a gun, E – I – E – I – Oh shit).”

The Unhappy Person, the politician, brought a defamation suit against a number of individuals including Paton, the MeanGirl owner of the now defunct website. Paton filed for a special motion to dismiss according to the Massachusetts anti-SLAPP provision. G. L. c. 231,  § 59H. The Massachusetts Appellate Court found that the petition should be dismissed for several reasons:

Under the anti-SLAPP statute, once a court grants a special motion to dismiss, the MeanGirl is awarded costs and reasonable attorney’s fees as well as appellate fees and costs. This is not within the discretion of the court. The court MUST award them, meaning not only is the Unhappy Person out her attorneys’ fees, but she has to pay MeanGirl’s attorneys’ fees and costs. And let me tell you, MeanGirl would hire very a expensive attorney, just for the fun of it.

So, for bloggers everywhere, you might want to be aware that there are protections for you in some states, such as the anti-SLAPP provisions. I wonder how many complaints ever result in an actual lawsuit. Instead, you have SEAPPs (coined by me without a corresponding law review article as far as I can tell via Google) or Strategic Emails Against Public Participation. SEAPPs are employed by the Unhappy Persons with the hopes of frightening individuals unfamiliar with the law into not speaking out. We here at Dear Author know the law and aren’t afraid to use it.

→ Jane
Previous article: REVIEW: Taken by the Viking by Michelle Styles
Next Post: August Bookstore Sales Are Up