Warning: mysqli_query(): (22032/3141): Invalid JSON text in argument 1 to function json_contains: "Invalid value." at position 0. in /home/customer/www/dearauthor.com/public_html/wp-includes/class-wpdb.php on line 2187
 How to Do “Exotic” Right: Eileen Dreyer’s Never A Gentleman
April 12, 2011

How to Do “Exotic” Right: Eileen Dreyer’s Never A Gentleman 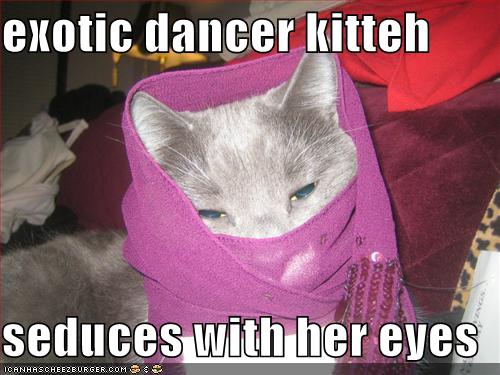 People who know me know I’m hyper-sensitive to the portrayal of India and Indians in romance novels, especially British India in European historicals. Eileen Dreyer has a new trilogy, the second volume of which features an English heroine who accompanied her military officer father around the world, including campaigns in India in the early 1800s. Last year I wound up in a conversation with Ms. Dreyer in the comments to a negative  review here at DA of the first book, Barely A Lady. I liked it better than Jayne did, but I agreed with many of her criticisms. In a spinoff discussion in the comments, I made some unflattering remarks about western women who wear native garb out of context. Ms. Dreyer chimed in and participated, and rather than upbraiding me for my ignorance and rudeness (which she would have been well within her rights to do), she explained the situation. Long story short (you can read the long story here), she not only displayed tremendous sensitivity to the issues I was raising, but she looked awesome in her made-to-order sari.

Nevertheless, I approached Never A Gentleman with some trepidation, because I’ve found that even authors with some background in Indian history or culture can set off my radar. I spent my childhood in India as a member of my Indian father’s extended family, and then I studied Indian history and politics from college through graduate school and in my academic career. For more than 25 years I’ve spent between three and eight weeks there almost every year, and I’ve traveled through many of the Indian states. I’ve spent many months researching archival materials from the 18th and early 20th centuries. So you could say I’m pretty invested in the material.

I’ve learned in part to control my tendency to rush to judgement when reading romance novels. After all, I happily read books set in periods and places about which I’m pretty ignorant, so why should the poor authors who wander into my bailiwick get skewered? And I am still drawn to see how they write about places and eras near and dear to me even though my expectations are fairly low. Therefore, given my willingness to criticize any and all mistakes, when I come across what I think is a good portrayal of Indian history, culture, fashion, etc., the least I can do is flag it and say why I think it works.

In Never A Gentleman, Grace Fairchild has spent more time abroad with her General father than she has in her native land. When he is killed at Waterloo, Grace decides that she can finally go home to England, bury herself in Longbridge, her country estate, and breed horses. Grace is not pretty, she is extremely tall and thin, and she has a lame leg, so she has no expectation of marrying. Nevertheless, the machinations of conspirators against the British Crown cause her to wind up in a Marriage of Convenience with the gorgeous, rakish Diccan Hilliard. When Grace accepts this outcome, it becomes apparent to her that being a good wife means jettisoning not only her interest in horse breeding, but her attachment to the colors, textures, and practices of the vibrant worlds of the Mediterranean and South Asia. She leaves her faithful Indian retainers at Longbridge and decorates the new London townhouse in muted pastels and clean lines. Back at Longbridge, her Indian treasures, which include silks, embroidered Kashmiri shawls, and a golden Ganesha statue, stay packed away in crates. The description of these treasures is lovely:

He grabbed the first thing he felt and pulled it out.

An emerald green silk pillow with gold tassels and an ornate gold needlwork peacock. Diccan stared at it as if would explain itself. He threw it down and reached into the crate again, only to come out with more of the same: pillows in jewel tones, a sinfully soft gold paisley Kashmiri throw, seemingly endless lengths of silks in hot colors: orange, pink, chartreuse, yellow. He walked to the next crate, and the next, only to find them precisely packed with more pillows, more fabric, glints of brass and beads and bangles. He even saw a girdle worn for belly dancing.

He recognized it all, of course. The booty of an oriental merchantman. The interior of a vizier's tent. The color and texture and sounds of exotic lands most people could never even hope to see.

In addition to her interests in fashion and furnishings, Grace has learned quite a bit about sex and sexual pleasure from her time abroad. In the novel, the explanation for why she was mixing with sequestered Muslim women is that she was in a zenana during a siege; this sounds sufficiently plausible that I didn’t rush to look it up. In addition, she spent her childhood years in Calcutta, so she spent a lot of time with native Indians. This also rings true to me, since the servants would be Indian and even British children would be mostly in their company. Grace’s mother abandoned her and her father didn’t seem to be hugely anti-Indian (besides being busy Generalling), so she could easily have seen a side of Indian culture that was warm and welcoming to a lonely, neglected child. Similarly, her attachment to her Indian retainers make sense given how excluded she feels (and often is) from English society.

It’s not quite clear where Grace came across tantric temples, carvings, and paintings, although there are several temples with tantric influences in Bengal, and Grace spent time in several places across the subcontinent. Certainly they wouldn’t have been in the zenana (since Islam doesn’t allow figurative representations of divinities and Muslim invaders repeatedly destroyed figurative temple art in India). So when it comes to Grace’s understanding of sexual practices and Hindu art, there seems to be some mashing together of Muslim and Hindu influences. This could be an error on Ms. Dreyer’s part, or it could be an accurate reflection of the way people in India in the late 18th and early 19th centuries would have come into contact with cultural material from both religions. More important to me is that these experiences are part of Grace’s personal development and help shape her desires, rather than being used as ooh-isn’t-this-exotic interludes to spice up the sex scenes.

The final marriage scene is almost over the top, but by that point I trust Ms. Dreyer enough that I buy it happily. And I can see the two of them living in their colorful, texturally rich, very un-English home.

In comments to Lazaraspaste’s  review, a reader expressed dissatisfaction with the West-as-muted, East-as-colorful metaphor, and I can understand that reaction, because it feels like a stereotypical shortcut. But in my experience the metaphor is on target. India is an unbelievably vibrant, colorful place, to the point of overstimulation. Black and white are traditional indicators of isolation and mourning rather than sophistication. Everything is colorful, even the poorest villages. When people have a little bit of money, they dress themselves, their houses, and their animals up in bright, shimmering shades. It’s not that Western art and fashion isn’t colorful, it’s that it doesn’t combine colors and textures in the same way, or across all social classes. For example, here is a snapshot of my cosmetics case:

It’s just a normal, everyday product, but it mixes a number of colors and dresses them up in gold-thread embroidery. To me, that is what Ms. Dreyer captured about India and showed Grace responding to.

Finally, and perhaps best of all, she gave Grace a fount of sexual understanding based on her experiences in the Exotic East without invoking those two dreaded words:

Brava, Ms. Dreyer, and thanks.

→ Sunita
Previous article: Monday Midday Links: Digital is killing print and everyone wants a piece of that pie
Next Post: Tuesday Links: The Kindle with Special Offers