Are We in a Historical Renaissance? 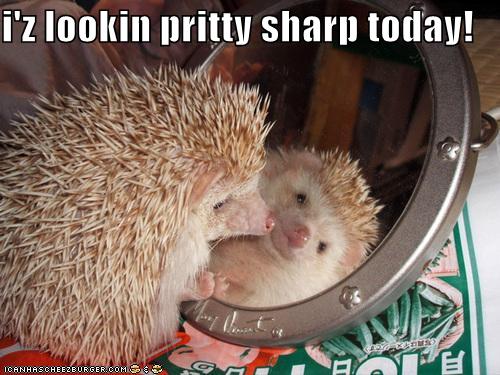 see more Lolcats and funny pictures. (I don’t really think that this picture has anything to do with the article. I just thought the picture was cute)

I remember reading historicals in my teens.   I checked out Whitney My Love from the Library and hid it under my head. I loved the Iris Johansen Loveswept historicals.   I introduced myself to Amanda Quick at the age of 19 and started a life long love affair with her writing.   Many of my favorite books of all time are historicals:   Black Silk by Judith Ivory; Lord of Scoundrels by Loretta Chase; Betrothal, Chieftan, Border Lord by Arnette Lamb; Honor’s Splendor, The Lion’s Lady by Julie Garwood.   The list could go on and on.   All of these books were published in the early 1990s.   Their popularity, for the most part, seems timeless as many are still in print.

In my romance world, historicals are the backbone.   They are my comfort read, my true love.   I am far more lenient with historicals than I am with most other sub genres, in part because I want to believe.   There is a sense of fairy tale quality to the stories and within the pages, I can easily let go all the agonies of the day, losing myself to the world created with ink and words.

For the last five years, though, many within the romance community have bemoaned the sameness of historicals.   We were given mostly frothy, wallpaper type regencies.   There was even a term for it – Avonization – named after the prevalence of books that Avon put out that seemed to be similar in tone (light), style (Julia Quinn-ish) and period (Regency).   Readers would bemoan that they would rather die than read another Regency (a slight, but only slight, exaggeration).

I began drifting away from historicals a while back, reading less and less within the genre. I started picking up more urban fantasy, paranormal romances, and romantic suspense.

But then, just when we all thought historicals were dead, we had the year of Sherry Thomas, Joanna Bourne, a new one from Loretta Chase, a sensitive trilogy from Suzanne Enoch, and still more.   This year, we are getting even more new authors and new gems from established ones; and as I reflect on the future of historicals, it is hard not to be excited.

I’m off to Romantic Times convention this year and will be attending a panel for historical romances at RT tomorrow. I am supposed to tell you what readers are saying about historicals so speak up!   I want to hear from you as to what you are excited about. What you want to see in your historicals.   Why you love historicals and why you don’t.   Here’s a few books that I am marking down on my calendar.