Heteronormativity and the white picket fence 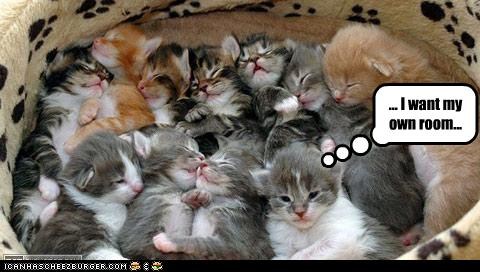 Heteronormativity is a word that is getting an increasing workout in romance discussions, and most people use it to indicate a monogamous relationship and (especially) a family as defined by a married couple with children. But it’s also about the white picket fence. The idea of the family is about a particular societal structure, but that structure is supported (or not) by institutions and laws.

We’ve talked same-sex marriages. Let talk same-sex mortgages. Owning a home is part of the American Dream, and increasingly part of other nation’s dreams too. In 1918 less than 25 percent of British people owned their own homes, and the rest rented; this number slowly increased, but it took until 1971 for the population to be 50-50 between owning and renting. A lease could be for as long as 99 years, but it was still a tenancy relationship. So while a man’s home might be his castle, he didn’t own it. Now many Britons take for granted that they can own homes, but it’s a recent development. Nevertheless, they’ve embraced the “a man’s semi-detached is a man’s castle” just as vigorously as Americans always have.

In the US, mortgages are really important in a couple of ways. First, houses are most people’s major assets. They are the only form of wealth the vast majority of Americans have, and usually the biggest chunk even when a family has other assets. And these assets are most protected within marriage, because regardless of changes to estate and inheritance laws, surviving spouses pay no federal taxes when they inherit, even when the assets are held solely by the other spouse. It’s no coincidence that the DOMA case was about this tax provision.

Second, mortgages offer enormous tax benefits. You get to write off the interest as a tax deduction. The longer you own, the less your monthly payment goes toward interest, but for a good decade or two, you’re getting a sizable tax offset from your white picket fence. But two people only benefit jointly from that when they file as a married couple (again, why same-sex marriage matters). Two people can contractually buy a house as a partnership, but they won’t get the tax and inheritance benefits.

So to say that marriage is heteronormative but pride in home ownership is not is to fail to understand the extent to which home ownership and many of our other institutions reflect and strengthen certain types of intimate relationships.

Fifty years ago it was much more difficult for two men to live together, and if they did find a way to do so, they had incentives to keep their finances separated. It was somewhat easier for women to live together in a Boston marriage, but until the 1970s women were unlikely to secure loans and had even had difficulty holding financial assets in their own names. Knowing that, homeownership as the ne plus ultra of a creating a sense of home wouldn’t have been something same-sex couples automatically looked to as a goal, at least not the way heterosexual couples could treat it as an integral part of their life together.

[I’m focusing on the gendered aspects of access to home ownership, but it’s worth noting that every minority group had less legal and practical ability to finance and purchase homes than white men did. The Alien Land Laws barred Asians from owning property in California until well after the end of World War II. Racial and religious covenants were included in real estate contracts to prevent blacks and Jews (and sometimes other groups) from buying houses. And if blacks did find a house to buy, banks practiced redlining, which automatically denied loans to blacks who lived in majority-minority communities. Even today, when redlining is illegal, black homebuyers are less likely, all other things being equal, to be approved for loans than are white applicants.]

Being a homeowner buys into heteronormative structures in the same way that taking out a marriage license does, it just doesn’t do so as obviously.

What does this have to do with romance novels, you’re asking yourself? Well, stop and think of all the books in which the need to secure property plays a role. Historical romance is chock-full of them, but contemporary romance has its share of couples fixing up their house, a rancher or farmer worrying about losing the family property, etc. etc. What Janet W. calls the “domestic life [that] plays an integral part in the development of the characters and the plot” is characterized, in her post, by home as much as by family.

Think about Pride and Prejudice: many readers argue that it is not a romance, and some maintain, only partially tongue-in-cheek, that Elizabeth fell in love with Darcy for good only after she saw Pemberley. But even in books we all agree are genre romance, tangible assets are the markers of success. And if you can best accumulate assets through families and pass those assets down across generations through procreation (as the historical romance genre continually reminds us), families and procreation are going to be seen as superior choices.

Within the LGBT community there are debates over the same-sex marriage focus of the gay rights movement. There are concerns that some of the gains people in same-sex relationships have made in terms of equality and social justice will be harder to sustain when those relationships are folded into the current cultural framework that shapes our ideas of “good” monogamous committed relationships. We don’t see those debates much in romance because heterosexual romance’s focus on the monogamous, child-filled HEA has been transferred to a surprising extent to m/m romance. It’s commonplace now to see monogamous, committed-relationship HEAs and increasingly frequent discussions about children.

This may be because so much m/m is written by women, who are culturally judged by their ability to fulfill home and family expectations, or it may be because many people do want that “married with a nice home and children” future. But not everyone, man or woman, wants a white picket fence anymore than everyone wants children.

We judge people by their houses. People are expected to live in houses that befit their station and their incomes. McMansions are the most obvious sign of this: square footage correlates with success, whether you need it or not. And we rarely stop and think about what the consequences of this unconscious evaluation are. Not everyone can afford a house of their own, and not everyone wants a house of their own. Yet we don’t question that outcome, in romance or elsewhere, the way we’re learning to question the married with children outcome as perfect, or even possible, for everyone.