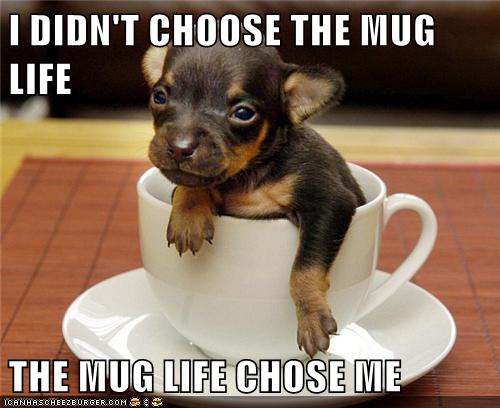 Except for those little moments relieved by the occasional huge moment, everyday life can be a drudgery. Whatever you are engaged in, be it work (no matter how glamorous or lucrative it is) or raising a family or fulfilling your calling at church or attaining some long-held goal (usually all of them at once), at some point, you’ll find yourself slogging through it and wondering where the magic is.

The truth is, there is very little magic, except that which we grab for ourselves. When in the midst of this drudgery, few women[1] think to themselves, How awesome am I? Super-awesome, is what! While she is in the midst of drudgery, she can be beset with feelings of inadequacy, hopelessness, and irrelevance, even if other people find her admirable or even inspirational in performing said drudgery.

And this is what TV and movies and books and games are for: little moments of respite from the drudgery. People decry escapistî fiction, but who really wants to read about other people’s drudgery while in the midst of one’s own?[2]

Fictional characters are not immune to drudgery. The writers just choose not to show you that part because . . . why?

Giselle slogs through her neverending days of law school classes and shitty second-shift transcription job and church attendance after being stripped of her precious bookstore she can’t afford to rebuild. She has little to lighten her load or brighten her days. Who wants to read about how tired and hopeless she feels?

Eilis slogs through the neverending heart-attack-inducing stress of building a business, fighting off enemies alone, and seeks her magic in meaningless sex with strangers which she never finds and leaves her feeling worse than she did before.

Justice slogs through farm work, housework, college, and then law school with absolutely nothing but the goal of becoming a prosecutor. Even then, her options are limited to the two counties she can actually drive to every day because she has a piece-of-shit car and no money to buy a decent one. She doesn’t even have time to have a crush, much less a boyfriend.

And why do they do this? Because they’re just trying to survive: financially, emotionally, and intellectually. It has to be done and there’s no one else to do it.

You, the reader, may not think about it much beyond the feeling that, Hey, that’s a lot more than I do.

No, it’s not. You do plenty. It’s just that you can’t see it and you probably don’t want to think about it because it’s depressing as hell. I don’t care where you are in your life, every once in a while, you stop, look around, and wonder what the hell you’re doing all this for.

And sometimes, you can’t answer the question.

But you keep going anyway.

Which brings me to one of those hot-button topics in genre romance: the placeholder heroine,î wherein the heroine is void of personality or otherwise uninteresting, whose role is to be the foil for the hero as well as a way for the reader to insert herself into the story and thus, in the hero’s arms. The heroine as written serves as the reader’s avatar.

These characters frustrate me. When I read, I want to experience someone else’s life. I do not want to be obliged to construct my own character out of the bare shell the author has given me. Nor do I want to put myself in that shell. I already live my life.

The most egregious example in recent memory is Bella Swan from Twilight. (I will not speak to her rehashed doppelganger Anastasia Steele, since I haven’t read Fifty Shades of Grey and have no intention of doing so.)

Bella is the epitome of the placeholder heroine in that her personality is a void, her opinions are nonexistent, and she does not act. She is acted upon. One could argue that because she is seventeen years old, this is normal. Seventeen-year-old girls have no power and so Bella’s reactivity is not untoward.

Then along comes Edward, who gives her things she (really any seventeen-year-old girl) craves: the complete acceptance of, doting attention of, and fairy-tale romance from a truly powerful male. Thus, I would expect that female adolescents and young adults to find this storyline attractive.

What has always baffled me, though, is why this is attractive to so many millions of adult women with husbands and families of their own unless the placeholder heroine isn’t just a theory.

I nearly cried when I noticed my husband changing a light bulb. Watching him perform this menial task with so little grace and elegance, so un-vampire like, was a depressing reminder that there was no Edward in my life. My husband didn’t float on air, change the bulb at breakneck speed or pounce off into the forest to protect me. Instead, he fumbled and ultimately dropped it on the floor where it shattered. The whole episode sent me into a depression.

A kiss from my husband is simply a kiss; there’s no woozy feeling or butterflies fluttering in my stomach. We don’t get lost in each other’s eyes while discussing our son’s report card or arguing over bills. Anyone who thinks otherwise has never been married. Bella and Edward live each moment in their own private world, with little else to divert their attention . . . [3]Twi-Moms aren’t just reading about Bella, we are trying to be her. We experienced her shock at the depth of Edward’s love, and her crushing anguish when he left her. Stephenie Meyer captured the longing, the desire and the total devotion that is a faint memory for most married women.

But why a seventeen-year-old sparkly vampire?[4] Surely there are enough hot, rich, controlling, stalker alphahole types in adult genre romance to give women their fix of the woozy.

But Edward himself is neither here nor there, really. The point is to escape the drudgery of life, as this article so explicitly states, into the arms of an Edward. The placeholder heroine is, in fact, an avatar for the reader.

So I got to thinking about this one day, and it occurred to me that the vapid heroine might not be an avatar for the reader, but a reflection of how the reader sees herself.

First there are the women who have little enough identities of themselves. For whatever reason they have given their own goals, dreams, and desires over to someone else: husband, children, boss, church, clubs, volunteer organizations. They define themselves in someone else’s terms:

I am my kids’ mom.
I am my husband’s wife.
I am my deity’s creation.
I am my organization’s member.
I am my mother’s caretaker.
I am my boss’s employee.

Women who have little enough identities of themselves may feel that they are ciphers and so they understand Bella’s really rather subconscious feelings of emptiness, aimlessness, and hopelessness acutely. It’s her very emptiness that’s identifiable.

Whether Edward is good for her or not, whether he’s carving out her personality or not, he’s taking her somewhere because a) she doesn’t know there’s a there there and b) wouldn’t know how to get there if there were because she doesn’t have anything of her own.

But what about the women who do have an identity, love those identities, and take pride in those things?

I write.
I practice law.
I raise productive human beings.
I save people’s lives.
I live off the land and am self-sustaining.
I teach people to read and think.
I feed and succor the hungry and hopeless.

No matter how much we love our work (I defy anyone to tell me women don’t find their identities in our occupations and/or work we love every bit as much as men), drudgery will be involved. And in those moments when we are drowning in the boredom, the slog that feels neverending; when we are straining for that next big job to pay for unexpected expenses; when we are alone with our tasks that no one else can do because we’re unique; when we are exhausted and wondering what the hell we’re doing this for, we may feel as empty and colorless and vapid as any Bella: Thus we identify with her as a reflection of where we are at the moment, not a container for who we wish we were.

We are all Walter Mitty, if only for a moment.

[1] Sorry, guys. I know you experience the same drudgery, so feel free to substitute “James Bond” for “Bella Swan.”

[2] Barring Oprah picks, literary fiction sales may bear this out, but I’m not going to look it up.

[3] Until, you know, Bella and Edward devolve into drudgery . . . eternally.

[4] Yes, I know he’s 100. His entire situation makes no sense. Why are you a 100-year-old vampire going through endless courses of high school? There are better, more mature, things to do with immortality unless you simply never progress beyond the age you were turned. This is never explained.