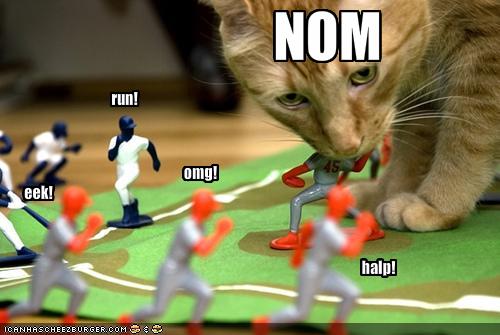 Back in April, I had an exchange with poster Liza Lester in response to Janine’s review of Petals and Thorns.

…it’s the broader context we’re not discussing. Do we want to talk about the surfeit of paranormal books that feature heroines who go from independent professionals, as in Lara Adrian’s books, to entirely dependent wards of their “mates,” living in gated compounds where they are valued for their ability to “breed?” Do we want to talk about Madeline Hunter’s Regency heroines who often attempt and succeed at daring careers, but when the fulfillment of lifelong ambitions is within their grasp, they choose marriage and childbearing instead?

This is the broader context that bothers me. When the hero and heroine achieve a partnership of equals, a little bondage or forced seduction plays as part of the courtship conflict, the struggle, literally, to see who will come out on top. But when forced seduction takes place within the context of a relationship that ends in the diminishment of the heroine–and I think The Sins of Lord Easterbrook is a great example of a book in which the heroine ends with a smaller world than she started with–it takes a disturbing turn.

I can’t claim to be breaking any new ground here. Janice Radway’s Reading the Romance came out almost twenty years ago. She contended that in romance, the happily ever after:

reaffirms its founding culture’s belief that women are valuable not for their unique personal qualities but for their biological sameness and their ability to perform that essential role of maintaining and reconstituting others.

I used to dismiss Radway and her work as elitist and blinkered, but after a recent glom of Madeline Hunter’s Regencies, and Lara Adrian’s Breed books (Adrian’s series title kinda says it all…) I started to feel uncomfortable. There seemed to be a message in these books, conscious or unconscious on the part of the authors, that supported Radway’s conclusions.

In Madeline Hunter’s The Saint, talented Bianca wants to study and sing opera. The hero spends the entire book trying to prevent her, because good girls don’t (sing opera). When he relents, and offers both marriage and the freedom to pursue her dreams, she gives up her ambitions:

No regret tinged the joy that the decision gave her. In the years ahead she might experience some nostalgia for what she relinquished, but she would never grieve…She knew with a woman’s certainty that this marriage would indeed deny her part of the dream, but she did not care about that.

Bianca swears she will be content singing in private for her husband—an about face for a heroine who, only a few pages before, was desperate to sing in front of an audience. I confess I did not share Bianca’s “woman’s certainty,” or her joy. Instead, it felt to me as though the world of possibilities her talent and hard work opened to her, had closed.

Pamela Regis made a mighty effort in her Natural History of the Romance Novel to rebut Radway, re-characterizing the betrothal-centric endings of romances as victories for the heroine over the courtship’s obstacles and over the hero, but I closed the covers of The Saint wondering who had the real victory, Bianca, or Vergil? Her want was to sing. His was to force her to abandon her goals and marry him, and he won. He ended with everything he wanted, and Bianca ended with…just him.

I had similar difficulties with The Sins of Lord Easterbrook. The mixed race heroine had established herself as one of the few successful western traders in China. The hero managed his inherited wealth. Given her birth and circumstances, her achievements were extraordinary. His were not. Yet there was never any question of who would give up what. The heroine gives up her family, the country of her birth, and her international career, to marry the hero.

The argument can be made that these are historicals, and that most women of the time married and raised families, confining themselves to the domestic sphere. But Hunter goes to great lengths to craft compelling heroines who are extraordinary outside the domestic sphere. And she takes great pains to include their decision to abandon their careers in the ending of the novel, making it an integral part of the happily ever after.

Hunter crafts similar resolutions for most of her heroines, including the more recent Rarest Blooms protagonists. It is always the women who must give up their pursuits in order to be with the hero. Her consummation scenes also share a common trait (emphasis in each case mine):

In Lessons of Desire:

He shed his lower garments and stepped closer. A savage excitement shuddered through her, like a quake of wicked anticipation. He covered her without touching her. He dominated her without even trying.

Kissing her with fierce capitulation, he dragged her back through the threshold of the tower, into the mottled light and cool stones…His arms surrounded and dominated, holding her firmly to his body and the ravishments of his mouth.

In The Sins of Lord Easterbrook:

His sure hand caressed down her body, raising delicious expectations of that stroke on her flesh. He dominated her with his body, his embrace and his power, and she surrendered.

The language of dominance and submission is always used to characterize the hero and heroine’s first sexual encounter. And at the end of the book, the heroine always submits to the hero’s demand to reduce her participation in the world outside the home.

The first of Hunter’s Regencies, The Seducer, appeared in 2003, the same year that the New York Times ran it’s now famous piece, The Opt-Out Revolution, about educated career women who opted out of the workforce to focus on home and family. But the women profiled in the Times were going against the grain for college-educated women, and they were making choices for themselves. Hunter’s heroine’s are always pressured by the hero to conform to societal expectations for women.

I will admit that I still read Hunter’s books. They’re well-plotted and briskly paced, but I don’t find the endings particularly happy. Perhaps it’s because they’re missing that sense of victory for the heroine, or perhaps it’s because I don’t believe that Bianca will have no regrets. But I still prefer couples whose lives are made more extraordinary—not less—by having met and loved one another.