Guest Introduction: I’m in UR Genre Havin UR Emotions

AJH contacted me a few weeks ago to pitch a couple of ideas at me. I loved his self deprecating voice and the fact that he is a fairly new romance reader. We can watch his journey into romance through his eyes.

Once upon a time, I accidentally read every romance Georgette Heyer ever wrote. My Grandmother had a box of them in her attic – I still remember those yellow-grey dust jackets and the faint smell of damp that rose from the pages – and I was still too young to understand that these were Girl Books About Girl Things and I shouldn’t have been interested. To be fair, I also tried her mystery novels but since there was more death and much less preoccupation with tight breeches and smart hats, I was not gripped. I subsequently developed an enthusiasm for books about dragons and that might have been the end of it. 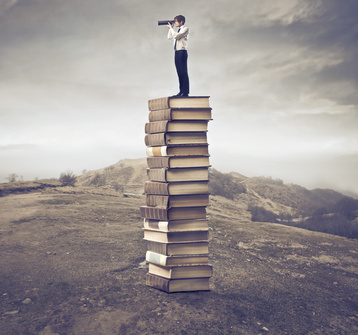 In ordinary life, at least in my ordinary life, there are not many opportunities to interact with genre fiction outside your usual preferences, unless you count the Try To Read 50 Shades Of Grey Without Laughing party game. And, although I’ve been lent the occasional fantasy-with-romantic-elements by friends, I can’t say I’ve really made much effort to broaden my horizons or re-kindle my early passion for witty ladies and dashing gentleman. I am not speaking universally, as I’m sure plenty of other men read romance, but nevertheless it’s a female-dominated genre – and, at least in my little corner of the world, there seems to a mutual assumption of disinterest. Why, after all, should something that is targeted at, for and about women care what men have to think about it? And, if that’s the case, why should men bother with it anyway?

Truthfully, I think we over-essentialise about genre in general. We read a couple of books, don’t find them especially memorable and peremptorily decide we don’t like sci-fi, or thrillers, or fantasy, or whatever else it happens to be. Not so long ago, I did a bookswap with a friend.  I gave him a book about dragons and he gave me a  book about spaceships and we both came back with the same basic complaint: “dude, nothing happens in this.” To which we both responded with the same basic outrage: “dude, loads happens, there was like a space war / an epic mystical quest / a rift in the time-space-continuum / a dragon.” The thing is, reading genre fiction is an act of habituation (in a good way) and the tropes that are often dismissed by those outside that particular genre as stereotypes, acquire meaning and impact not just from the context in which they are presented in a particular book but the expansive, extensive, exciting backdrop of the genre as a whole. In short: you have to learn a genre before you can love it.  Unless you were fortunate enough to read it as a child or teenager, in which case – like a second language – those interpretative pathways will stay with you forever.

And, in my case, you’ll read quite terrible books simply because you remember the pleasure dragons gave you when you were young.

Of course, when it comes to romance, this becomes even more problematic because the process of habituation becomes about gender as well as genre (ohhh, did you see what I did there, all this AND puns).  Instead of merely saying “I just don’t don’t get this yet” it seems both fashionable and, indeed expected, to take the George Eliot approach,  dismissing these ‘silly novels by lady novelists’ as neither intended for us nor interesting to us. But just because something isn’t explicitly for you, doesn’t mean it has nothing to say to you. In fact, it’s usually a good indication you should be listening.

I would just like to say at this juncture that I hope I am not coming across as some kind of wannabe white knight venturing forth to do battle with scary girly stuff in order to demonstrate my open-minded sensitivity.

I’m just curious.  And interested.  In a basic human way.

The plan, such as it is, is fairly simple: tell me what to read and I’ll read it, assuming I can readily get hold of it.  It can be a book you love, a book you think defines the genre, a book you feel is historically important, any sub-genre you fancy, whatever you want, no limits, no safewords.  I won’t really be reviewing books as such because I don’t have any basis by which to judge, or arguably any right to do so.  And, equally, here’s my promise to you: I’m going to try to my level best not to be stupid about this.  Fresh perspectives can be invigorating, if they’re offered with grace, but there’s nothing worse than somebody standing on the sidelines of your genre, being clueless and demanding that every trope justify its existence.  So if I start sliding down Mount Stupid, just tell me to stop it and I will.

For better or worse, my journey starts with The Flame and The Flower. I’d like to claim some kind of scientific method for this but people were talking about it on Twitter, and thus was history made.  Nowadays I make all my important decisions through the medium of Twitter – I’m like the Dice Man for the electronic age.  Next on the pile is Lord of Scoundrels, again courtesy of Twitter and largely because I was promised shirt-ripping.  But from then on, I’m in your hands.

I believe it was Oscar Wilde who first said: let’s ‘ave it up.

Previous article: Guest Review: The Flame and The Flower by Kathleen Woodiwiss
Next Post: REVIEW: The Stillness of You by Julie Bale