When Joan Swan contacted me and asked if I was interested in an author guest post, I replied that I would be as long as it wasn’t promotional in nature. She reached out to author Pamela Palmer and together they have presented this piece on cover art.

As with everything in the publishing process, the development of a book’s cover art follows a similar path and, our course, that journey takes turns here and there based on more factors than I can name–different publishing houses, various authors, different genres…etc.

Generally speaking, thoughts of a cover begin about twelve to fifteen months before a book’s release date, at which time an author often receives an “art sheet” or something similar.  Here, the author may describe a character’s physical attributes, any scenes in the book that might aid in creating the cover art or themes within the work that could be portrayed on the cover.  The author might also be asked to provide a two to three paragraph blurb of the book so the art department can get a feel for the book’s plot.

Once that information is turned in, all goes quiet on the subject for several months.  Around the eighth month mark prior to release, an author may get a peek at the rough cover art.  Or they may not.  It’s not unusual for publishing houses to keep the cover under wraps—from both editors and authors.  Sometimes authors get to request, and see, changes made.  Often they don’t.  Interestingly, many authors have no input into covers.

This may surprise many readers out there.  It shocked everyone in my circle of family and friends (those outside publishing that is).  They assumed that because I wrote the book, I would have significant input in the design process.  But that’s (generally) not how it works in traditional publishing – and there’s very good reason for this. 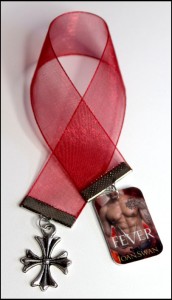 Art – all art, including writing – is subjective.  And publishers are looking at cover art from a very different perspective than an author.  While an author may have an affinity for one character over another, desire to highlight a particular theme very close to their heart or portray a certain professional image, a publisher’s goal, first and foremost, is to sell that book.  With the strong emotions of love and hate, likes and dislikes surrounding books, we often forget that publishing is a business.  If we as readers don’t purchase books, publishers don’t make money.  If publishers don’t make money, they close.  If publishers close, they don’t make books.  If they don’t make books, we can’t read.  So covers that sell are beneficial to everyone—publishers, authors and readers.  What will sell?  Well, that would bring us back around to the art is subjective statement.

I have a bachelor’s degree in design.  I’ve worked as a corporate and small business web designer and graphic designer and I know first-hand how hard people can be to please.  Myself included.  Not because any of us are intentionally trying to be difficult, but because the process of manipulating an idea into words is still such a crude and inaccurate process and telepathy is so very unreliable.  I prefer osmosis, myself.

Rest assured, marketing, sales and publicity professionals are just that—professionals.  As writers study articles on craft and promotion, they stay abreast of the latest sales figures, target markets and buying patterns.  And they apply all that knowledge when designing a cover around an author’s story.  Ingenious really when you stop to think about it.

Let’s look at how Kensington took aspects from FEVER’s storyline and combined them with marketing trends and ideas to create FEVER’s cover.

As in many of my art courses in college, we could go into lengthy discussions on silent messages, color theory, image placement, etc., and all of that plays a part in every aspect of design.  I’ve only hit the major points here, but I hope you’ve found it interesting.  And I hope you love the cover of FEVER as much as I do.

Now, I’d like to introduce New York Times bestselling author Pamela Palmer.  Since her debut novel in 2007, Pamela has published ten novels and one novella, her most recent, ECSTASY UNTAMED, releasing tomorrow with a stunning cover!  Pamela gives us her experienced view on the subject of cover design. 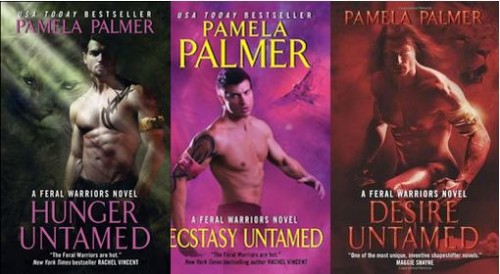 Joan:  Pamela, did you have any influence in your early cover art? Did that change as your status as an author grew?

Pamela:  I’ve always had input, but I wouldn’t really say I’ve ever had much influence. In truth, at least at Avon, the editorial team, marketing dept., publicity, art department, etc., all discuss their vision for the cover, taking into account the author’s suggestions. But, ultimately, the cover is in the hands of the art department.

Joan:  What can you tell us about the process of cover art creation from your personal experience?

Pamela:  I’ve published with three publishers and each does it a little differently. At Berkley, where I published two time travels under the pseudonym, Pamela Montgomerie, my editor emailed me with a suggestion for a cover look, sharing the covers of other books that were similar. We went back and forth until we were both happy with the type of look. In both cases, the covers turned out very similarly to what we’d discussed. Avon requests my input prior to the cover conference I described in the previous question. Harlequin asks their authors to fill out exhaustive Art Fact Sheets from which the art department comes up with the cover design. Months later, I’ll get an email from my editor with the actual cover and it’s always a thrill. It’s often like seeing my characters come to life for the first time.

Joan:  What do you think constitutes a killer cover, from both a reader and an author perspective?

Pamela:  A killer cover has to be eye-catching, which is an elusive quality. Of course, what appeals to one person won’t necessarily appeal to another. Some prefer a sexy cover, others prefer romantic. Still others prefer pretty scenery. But eye-catching always wins the day. The cover of Ecstasy Untamed, which releases Oct. 25th, is bright pink with a gorgeous bare-chested man on the cover. This one definitely catches the eye.

Joan:  What is your favorite cover out of all of your work? Why? 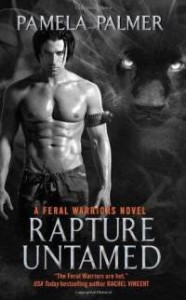 Pamela:  Oh, this is hard to answer. I’d have to say it’s the cover of Rapture Untamed, book four in my Feral Warriors series. I adore the black and white intensity, the hero’s hard expression mirrored in the face of the lethal black jaguar behind him.

Joan:  Do you think using the same font for an author’s name repeatedly builds that author’s brand for reader recognition?

Pamela:  I do think branding is important and the font is certainly a big part of that, especially if it’s a distinctive font. With my Feral Warrior series, I’ve been so pleased that Avon has kept the same basic cover look (the bare-chested male with the animal he shifts into somewhere on the cover). The titles, too, have all remained ‘Untamed’ which clues the reader each book is the next in the Feral Warriors series. I was kind of thrilled when this latest cover, Ecstasy Untamed, had my name larger than the title.

What is your favorite aspect of a novel cover?  Any comment or question enters you for a chance to win one of three Pamela Palmer novels and one of ten custom handmade FEVER bookmarks.

Joan Swan is engaging in a  behind-the-scenes tour of what’s involved in getting a debut author prepared for publication. During week one, she talked about getting that call and all that goes into the submission process to make that call become a reality with guest Lauren Dane.  Last week, edits were the topic of discussion with Kat Martin.   You can find out more about the author and her debut book, FEVER, at her website  www.joanswan.com