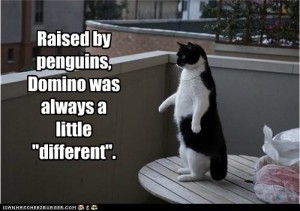 [NOTE: I originally posted a shorter version of this post a while back at my now-defunct personal blog. Robin’s post on gender and power raised the question of how these issues play out in m/m, so it seemed worth bringing it to Dear Author for discussion.]

If I hear one more time that readers turn to the m/m genre because it is free of “gendered power relationships,” I will throw a large heavy object across the room. The worst thing about this statement is that it is often made by intelligent people who seem to have some familiarity with feminism and gender theory. If they were in class on the day that the professor lectured about how male roles are also structured by gender assumptions and patriarchy, they seem to have forgotten it. Gender is not just about women. Gender is about everyone.

I apologize to readers who know this very well already, but just so we’re all on the same page, here’s the World Health Organizations’s definition:

“Gender” refers to the socially constructed roles, behaviours, activities, and attributes that a given society considers appropriate for men and women.

In a heterosexual romance, the ways the hero and heroine behave are conditioned on how the author chooses to portray these socially constructed roles. The heroine may act in ways that reinforce “traditional” gender norms, or she may rebel against them. An Alpha hero is considered to embody “traditional” gender norms of masculinity, while a Beta hero, while still masculine, will be less “manly” in a stereotypical way.

In an m/m romance, the substitution of the heroine with a second hero does not mean that gendered power relationships disappear. It means that we now have two protagonists whose socially constructed roles are drawn from the same side of the gender binary** rather than one each from opposite sides.

Some problems within gay male relationships reflect the deficits inherent in the male gender role:

These attitudes and behaviors are part of being socialized as a male, regardless of sexual orientation (and that socialization begins at birth for most people). Not all men exhibit these attributes, of course, because response to socialization is conditioned on the individual. And gay men may fight certain aspects of gender conditioning more than straight men do. But gay men grow up in the same gendered world as straight men, women, and everyone else.

Human interactions (and many non-human ones) include negotiations over power, and some of these negotiations are influenced by the gendered perspectives of the actors. Gender and power are deeply intertwined; but not every power negotiation is shot through with gender issues, and not every aspect of gender involves thinking about power dynamics.

Even though m/m romance differs in important ways from m/f romance (and even though there are vocal m/m readers who refuse to read m/f anymore), I would argue that we port a lot of our assumptions about relationships over to what is supposed to be a gender-neutral environment. Gay4U is basically the virgin heroine trope; guys taking care of other peoples’ kids is the family-friendly HEA; infidelity is frequently a relationship deal-breaker (unlike in other fiction with gay main characters), true love means having penetrative sex, and so on. I think that we unconsciously expect certain types of relationships no matter what we’re reading.

In Sean Kennedy’s Tigers and Devils, Simon’s father is trying to understand how a gay relationship works,  using his very restrictive lens:

“Well, Declan’s in there and they’re all over him, which is fine. But I’m fair game, so they think they can ask me all the stuff they’re too scared to ask him.”

I sighed. I wasn’t even sure if my dad would understand. “They just asked me if I was the woman.”

My dad was quiet. He cleared his throat. “Uh, are you?”

I couldn’t believe he was doing the exact same thing. My dad was usually gruff, but pretty smart. I would have thought he would know better. “Yes, Dad. I’m the woman. When we go home I hand Declan his pipe and slippers, put on my apron, and bake biscuits for him to take to training the next day.”

Of course Simon is frustrated and of course we sympathize with his irritation and anger. But it’s not just about who’s the top and who’s the bottom (as it’s usually interpreted, and which is the subtext here), it’s how relationship roles are reassigned when the partners are of the same sex.

There is no obvious support role for Simon that isn’t about being “the woman.” The standard way for a partner/spouse to publicly support a star professional football player is by being one of the WAGs, and WAGs are the epitome of feminized public figures. Kennedy does a great job of two things in this storyline: he shows us how the WAG role is impossible for Simon, and he also shows us that many women partners are much more than the WAG stereotype suggests, especially through the portrayal of Declan’s teammate’s partner, Lisa. But whether the job of the partner is trivialized or respected, it’s an inherently feminized role. A man cannot fulfil it and be held in public esteem. Simon’s inability to function as a WAG illustrates, in exaggerated form, the social and economic penalty men pay when they take on other feminized roles.

Heteronormative, patriarchial structures shape society for everyone. Some m/m authors, like Kennedy, write wonderful books that explore the ramifications of this hegemony for romantic relationships between men and show how they are negotiated to produce an HFN or HEA. Others pretend equality is an unproblematic given in the relationship. And the same is true for m/f authors: some tackle the ramifications head on, while others don’t.

Heterosexual romance novels don’t have a monopoly on dominated, naive, inexperienced, or TSTL characters, and many of the more egalitarian relationships depicted in m/m could (and do) work as m/f relationships. But are there aspects of each that are unique and not transferable to the other? Besides lube of course. ;)

**The binary division is a gross simplification, since it assumes cis-gendered identity. But that’s a more complicated conversation. Let’s stick with the “easy” stuff for now.