Everything We Know About Scotland, We Learned from Romance Books 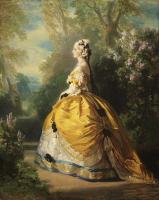 Of course, our list is tongue in cheek. We know that romance historicals often take license with history and the question is to what extent can authors do this and still be acceptable to readers. Let’s be real. The majority of the romance reading public do not hold history degrees. The majority of romance reading public will not know when a desk with a drawer was first made; how terribly wrong it is for a gentleman to remove his jacket in public during the Victorian period; that potatoes didn’t come to Europe until 1570.

For me, I am not going to let a historical inaccuracy get in the way of my enjoyment of a good story so long as the inaccuracy is not noticeable or does not detract from the overall world created by the author. I loved The Raven Prince and felt that I could overlook the unlikely possibility of a young gentlewoman serving as the secretary for a titled man in the Georgian period.

For others, the craft is the story and a fork appearing before forks existed will kill the mood of the entire book. If you can’t trust an author to get the fork right, what other specious goods is she trying to pass off? Some authors are personally affronted that others don’t put as much effort into ensuring that the book is historically accurate. The problem is that accuracy can sometimes be, well, subjective.

Readers don’t always know what is historically accurate. I’ve read individuals complain that an author is too modern. This is an accusation that was leveled often toward Connie Brockway whose historicals are keepers for me. I recall people picking on Julie Ann Long for her use of “alien” in Beauty and the Spy. Ms. Long, I believe, came along and defended the etymology of the word “alien”. Alien was first used as a synonym for foreigner in 1330. It wasn’t until the mid 1900s that alien was first attributed to meaning “of another planet.” The Raven Prince also suffered the accusation of too modern of a voice for some. The hero is described as demolishing his plate. Demolish is attributed to the 1500s French word, demoliss.

I am guilty of this. Recently I read a book set in the late 1800s in England that referred to New York York harbor on Independence Day (1885); werewolf (Old English); velvet lined handcuffs (pre 1900s). The book was historically accurate but because I have had a decade of reading almost soley Regency related romances, when I first started reading, I had to remind myself of the time period. The more immersed I became in the story, the less this became a concern.

I love those old time Susan Johnson books that included footnotes. I remember reading Forbidden featuring a female Native American attorney in Montana set in the late 1800s. I was skeptical that there was such a creature, but the footnotes sold me that this could have happened.

Fn. 1. Lyda Burton Conley, of Kansas City, was the first Native American woman lawyer in the United States. Admitted to the Kansas bar in 1910, she’d begun studying law in 1904 in order to represent herself and the Wyandotte tribe in a lawsuit against the United States government.

Fn. 2. In 1878, the House passed Bill No. 1077, which gave women attorneys access to the federal courts. After another year of buttonholing senators in the corridors of the Capitol, the “Lockwood” bill passed the Senate in 1879 after three years of extensive lobbying, and President Rutherford B. Hayes signed it into law. 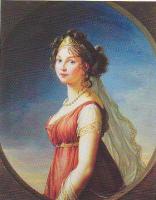 In Arnette Lamb’s, The Betrothal, the historical detail added such richness to the story that I felt I was actually there. The heroine, Marjorie Entwhistle, was the postmistress of Bath when Blake Chesterfield came to claim her hand. Chesterfield has a terrible secret to which Marjorie’s father became privy. Chesterfield must convince Marjorie to marry him or Marjorie’s father will make the secret public, damning Chesterfield and his entire line. Lamb laid out in great detail the workings of the Post and how Marjorie came to be in control of it; how important that this was as it made money for her which she desperately needed to provide independence for herself. Hogarth’s work as a cartoonist and satirist played an integral role, firmly settling the book in the mid 1700s.

To further muddy the waters, history is recorded by the conquerors of a period and many details can be interpreted more than one way. In Joan Wolf’s Fool’s Masquerade, the hero is trying to explain to the heroine how wronged King Richard the Third was by history. King Richard did not, Diccon tells Valentine, dispose of the three princes in the tower.

The earl’s dark eyes were hard on my face. “. . . Richard the Third, Valentine, is the most bitterly wronged king in all of English history.”

I held his gaze. “I only know about him from Shakespeare.”

His mouth twisted. “You and everyone else. Crookback Richard, villain, usurper, murderer. And none of it is true.”

“What was Shakespeare’s source?” I asked. One thing I had learned from my father was to evaluate the bias of historical sources before coming to any conclusions.

Lord Leyburn looked at me speculatively. “The History of Richard III by Sir Thomas More.”

“Sir Thomas More?” I shook my head. “I don’t think one can call into question the integrity of a man like More, my lord.”

“Thomas More was brought up in the household of Cardinal Morton, the Archbishop of Canterbury. Morton was the right hand man of Henry the Seventh, the Tudor usurper who defeated Richard at Bosworth Field. Morton was also, and had been for years, Richard’s deadly enemy. There is no doubt that Morton is the one who supplied the information about Richard to his pupil, Thomas More. And the history was never published in More’s lifetime. It was found with his papers after his death. It was not finished. I’ve always thought that More, who was an extremely intelligent man, never finished it because he had begun to doubt the honesty and the value of the material supplied to him by Morton.”

This was all extremely interesting. “Are there no other sources?” I asked thoughtfully.

“Nothing chronological. There are, of course, Parliamentary records and decrees, personal letters from the time, the Patent Rolls, things like that.”

I want authors to get it right. I think that they should do the research and know the time period in which they write as well as a scholar of that period. Shouldn’t we readers be the allowed to learn as well as be entertained? The thing is, though, that even if we readers want writers to strive for more historical accuracy, we don’t want slavish devotion to accuracy (whatever that may be) to take the place of a good story.

Just because I have a law degree and can barely stomach reading contemporaries featuring lawyers because so many of authors portray legal proceedings incorrectly, I don’t think that Jayne is foolish or ignorant for enjoying a book like that. Similarly, a reader who doesn’t recognize the tricorn (Georgian) from the bicorn (Regency) from the derby (Victorian) isn’t a cretin either. I believe we readers we are looking for is to be swept away into the past, even if its a fantasy past, for just a few hours.