Once October hits, we are inundated with holiday messages, primarily Christmas messages. In the romance genre, there is no escaping this either. 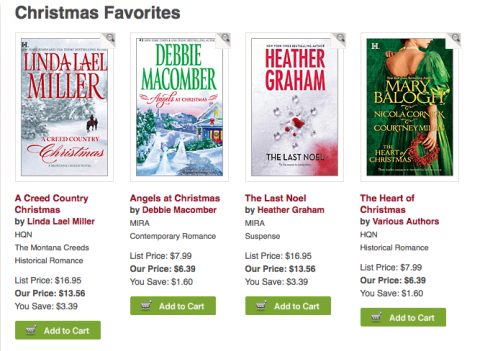 In the past, I’ve read and reviewed holiday books and I always seem to start out with “I don’t really enjoy holiday novels” and then I proceed to exclaim about a certain holiday novel I just read. I think the assumption I have in my head is that holiday books are going to be too saccharine or too hokey. Or, as in the case of Aiden’s Twelve Wicked Nights, the holiday celebrations provide an excuse to engage in sex rather than having the holidays be part of the conflict itself. And, I think, I tend to shy away from holiday books because of ridiculous covers like this one: 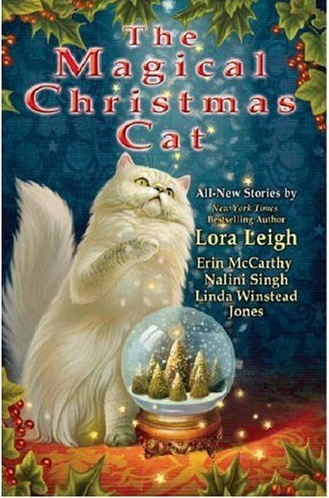 But Magical Christmas Cat was some kind of popular.   Or maybe the lure of mistletoe is really strong?

In yesterday’s post, both Sunita and Janine mentioned that they loved the Balogh book almost in spite of the strong Christmas message.   Neither of them observe Christmas.     But, according to at least this 2007 poll, a huge majority of people (83%) of the US citizens will celebrate Christmas and the holiday is celebrated throughout the year.   One of my favorite movies is Love Actually

which is a number of mostly happy ever after romances of characters whose lives intertwine each others like a holiday game of Six Degrees of Separation.   It may be that I dislike holiday books in theory but not in practice.

But it could be that I view the holidays and Christmas with a lot of mixed emotions. There are often family members who aren’t present and the group gatherings make those absences more pointed. There is the pressure to be happy during the holidays when that isn’t always possible. There is the expectation that every one enjoys being in the company of others when, in truth, large groups can be stifling. As Sunita noted in her review yesterday:

Balogh has a number of books set at Christmas time, and I think she pulls off the tension between loneliness, loss, and the almost obsessive desire to be happy in the holidays better in this book than in most of them.

Christmas, and the holidays in general, represent a time of very mixed emotion and I don’t know that everyone is as good as Balogh at addressing those issues. So where do you fall? Do you like holiday stories? If so, what are your favorites?