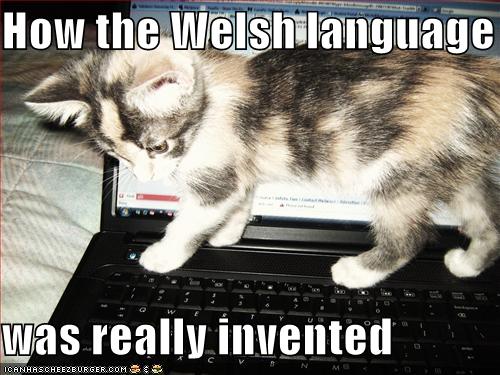 Here at Dear Author, we have a widely known animus toward random dialect in books. Jayne is a particularly vehement protestor of the use of the dialect. What do I mean by dialect? I’ve seen it most often in Scottish romances where authors try to interject authenticity through the use of dialect.

From Thirty Nights with a Highland Husband by Melissa Mayhue:

“Dinna fash yerself, lassie.” He spoke softly, as he might to a frightened animal. “Dinna I tell you I’d no let anything harm you? You’ll ride here with me. I’ll no let you fall. You can trust me.”

and “Verra weel, Fergus. Lead on.”

In other areas of the book, however, Connor, the hero, uses the word “well” in his internal monologue.

Or in Karyn Monk’s Every Whispered Word:

“Dinna fash yerself, lassie,” Oliver said, sensing Camelia didn’t like the idea that her animals might not be welcome.

“Oh yes we can.” He approached her slowly, favoring his right leg. “But dinna fash yerself, lassie–after sleeping half the day away, I won’t need much sleep.”

From Anne Gracie’s The Perfect Stranger:

Maybe everyone has copied Gabaldon (Drums of Autumn):

Jenny and Ian exchanged a quick glance, then Ian stood up, moving awkwardly to bring his leg under him.

The problem is that authors insert dialect only selectively. The entire book isn’t written in Scottish dialect with words like “auld” or “ower” or “nae doot” or “gude”. Further, there is little distinction in the dialect to make up for regional differences between Caith, North-Eastern Scotland, the Isles, etc.

I find selective dialect used in contemporary southern books as well from the well placed, “cherie” to the use of “whatchu” in Nancy Gideon’s books:

“Whatchu mean pulling me off an interrogation?" He started to get up into her face, but caught himself just in time as her eyes narrowed. "You know he'll be lawyered up the minute Legere knows he's here. He was about to break.

I liked the way that the dialect was handled in Willing Victim by Cara McKenna:

"So can you tell me anything about your mysterious new conquest?" Anne asked.

Anne pulled the pot out before it was done brewing, drops of coffee hitting the burner with a sizzle, another offense Christie would surely want to make note of. "Pissah."

Everytime Flynn had dialogue, I tried to transform his language and “hear” him speak with his “wicked heavy accent.”   But generally, dialect and accented words rarely sell me on the authenticity of the world and most of the time, well, all of the time when I read “dinna fash yerself, lassie” I start giggling. Do you like dialect in your books? Why or why not?