Defining the Meaning of Plagiarism for the Fiction Community 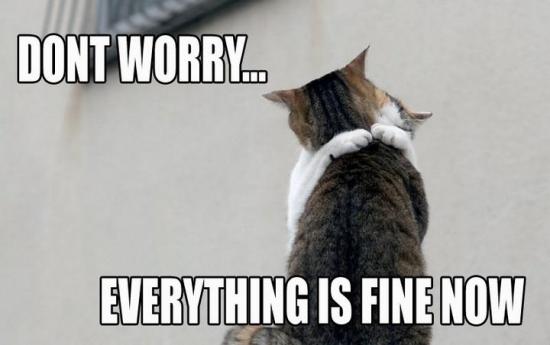 It’s clear from emails, message boards, forums, and blogs that there is no common language that we speak, either readers or authors or both, as to what plagiarism is and is not within the fiction writing community.

There is a fear amongst authors that some readers are trying to set the bar too high. Conversely, I have heard some people posit publicly there should not be differing standards for differing communities.

However, I also think that using copyright law as the defining boundary for plagiarism is too broad. I don’t think that copying text in the fiction writing community should be determined by what is “fair use” and what is not. The reason that I think that the legal definition of “fair use” shouldn’t be the standard is because “fair use” was primarily designed to protect the use of copyrighted work for scholary or commentary purposes, i.e., “criticism, comment, news reporting, teaching (including multiple copies for classroom use), scholarship, or research.” 17 U.S.C.A.  § 107.

If you want a legal definition of the difference, Black’s Law Dictionary states the following:

Plagiarism, which many people commonly think has to do with copyright, is not in fact a legal doctrine. True plagiarism is an ethical, not a legal offense and is enforceable by academic authorities, not courts. Plagiarism occurs when someone-a hurried student, a neglectful professor, an unscrupulous writer-falsely claims someone else’s words, whether copyrighted or not, as his own. Of course, if the plagiarized work is protected by copyright, the unauthorized reproduction is also a copyright infringement.

As we have said and others have said, there are times in which plagiarism and copyright overlap, but they are NOT INTERCHANGEABLE. A commenter and lawyer on Ros’ blog may have put it the best:

Robin articulated something very meaningful in the comments yesterday about plagiarism. She said:

This really made an impact on me. If an author decides that a passage is important enough to copy word for word into her own work then it seems to me that it is intrinsic to the story, else why include it in the first place? There is a somewhat famous case against Alex Haley brought by Harold Courlander, author of The African. In 1978, Haley was sued by Courlander. Haley eventually settled out of court for $650,000. The lawsuit alleged that Haley’s Roots incorporated over 80 passages from Courlander’s The African.

In court documents Courlander argued, “Without The African, Roots would have been a very different and less successful novel, and indeed it is doubtful that Mr. Haley could have written Roots without The African.” Courlander hired Professor Michael Wood of Columbia University as an expert witness. In his report to the court, Wood opined that Roots used The African “as a model: as something to be copied at some times, and at other times to be modified; but always, it seems, to be consulted. . . . Roots takes from The African phrases, situations, ideas, aspects of style and of plot.” In an interview after the trial and the settlement took place, “presiding US District Court Judge Robert J. Ward . . . stated, “Alex Haley perpetrated a hoax on the public.”

[Note all of the above information came from NationMaster-Encyclopedia: Plagiarism]

I noticed in the beginning of the re-released Cassie Edwards novel Falcon Moon (publisher, Kensington), a press quote from Journal Gazette, Mattoon, IL: “Edwards puts an emphasis on placing authentic customs and language in each book. Her Indian books have generated much interest throughout the country and elsewhere.”

It seems hard to argue that a passage is trivial to a work if it is important enough to include in the first place which is why attribution is then so important. Malcolm Gladwell, a writer for the New Yorker dismissed the Viswanathan plagiarism controversy as unimportant because it was teen lit, i.e., it was a genre not worthy of intellectual integrity. But Young Adult fiction, like romance, like any other genre fiction, has readers who believe that original creativity is valuable.

The really important thing to come of this recent scandal/controversy/issue or whatever you want to call it, is a greater understanding of the importance of plagiarism and exactly what it is. It can equip a reader to talk to her fellow readers about the subject. It can provide a safe harbor for authors who question how best to incorporate research into their work and allow for the common use of intertexuality (the twining of commonly understood phrases into the prose).

Attribution, of course, need not be a bibliography or a number of footnotes (although footnotes do not bother me). A simple author’s note could solve a whole host of copying issues:

Readers might recognize the prose in this story as originally penned by the venerable Henry Wadsworth Longfellow. I read this poem as a young girl and was moved by the visual imagery. When I began my career as a novelist, I wanted to incorporate his work at some point as a homage. Lorinda’s naturalist tendencies gave me the perfect opportunity to do so. Unfortunately, as the setting of this story was before Longfellow was alive, I had to devise a poet or storyteller to be the one to ascribe these words to. I choose to make Lorinda the poet. I hope you enjoyed revisiting the immortals words of Longfellow as much as I enjoyed writing them.

To some degree, I see a much ado about nothing in terms of the supposed “witch hunt.” There are authors out there that I personally dislike, but I am not going to engage in the hassle of feeding their work, sentence by sentence into Google. Even if I did find something mildly suspicious, I wouldn’t likely mention it in public. Only when there is a pattern of behavior that fits whatever definition that the community defines as plagiarism, would I even consider posting about it and I certainly would only post the passages like the SBs did.

Here’s what I would like to see in terms of a definition for plagiarism within the community but I would also like to see what others would define.

Plagiarism is the repeated unattributed use of someone else’s words/writing/work without permission, regardless of whether the work is public domain or under copyright and when the usage adds value to the contents of the work.