Dear Publishers: What Have You Done for Me Lately? 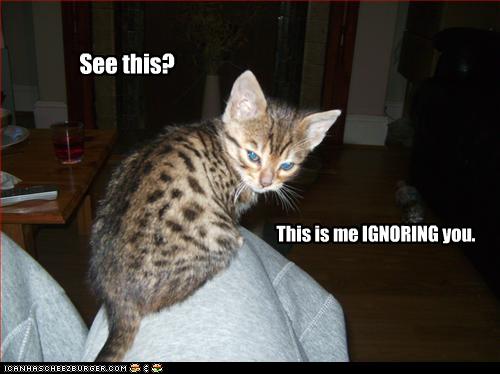 Last week, IPG had all of the buy buttons pulled on the ebooks it sold through Amazon. The two could not come to agreement on terms. IPG wanted to have the same terms and Amazon wanted better terms. IPG took to the internet and sent out an email aka press release denouncing Amazon, encouraging its client publishers to stand firm, and asking that all future retail traffic be diverted from Amazon to other retailers.

Essentially IPG wants the 10 million plus Kindle owners to stop using their Kindles just to read IPG’s books. Do we think that is likely to happen? Oh sure, there is going to be some who will peel away, but not in major numbers. And yes, Amazon might relent.

The problem that I see is this. IPG is asking readers to make a moral decision with their wallet without providing a plausible alternative. Why not go DRM free and offer Mobi books to Kindle owners? This really strikes at the heart of Amazon because at the device prices, Amazon isn’t making money off device sales.

Why not sell direct to the consumer? Clearly the distribution arm is in place. It’s easier than ever to set up a marketplace on the internet. I doubt IPG would have the paypal problems of other distributors. We in the romance industry have seen internet retailers spring up virtually overnight.

Publishers have called on readers to be okay with their high priced ebooks, forego discounts, struggle with DRM, limit sharing, turned their backs on libraries, reject the money of our reading brethren outside of North America, but they want our help in shunning Amazon? What have you done for me lately?

In sum, publishers are jacking readers over in regards to digital books but now we are supposed to act against our own financial interest or our own convenience to help publishers fight against Amazon?

We recognize that an Amazon as the exclusive vendor of books would be bad for us but what are publishers doing about it? Why is it the reader, the only party who does not make money in this equation, have to be the one to take the financial hit in the fight against Amazon? Why aren’t publishers making it easier for readers to move away from Amazon? Why aren’t they trying to appeal to our wallets instead of our morality? And what if we want to stay with Amazon for moral reasons such as that someone needs to compete with Apple and Amazon is the only one that is making an inroads there.

Here are some recommendations to win over readers. Eliminate DRM. Sell direct to Kindle owners using a mobi format. Remove agency pricing. Allow the return of readership rewards programs, loyalty programs, discounts as print readers are allowed. Wholeheartedly embrace the idea of lending and sharing of digital books. Allow discovery of books via libraries. Eliminate geographical restrictions. Encourage the concept of ownership to increase value of the digital books to the readers.

IPG could have taken the opportunity to announce sweeping changes that would enable the millions of Kindle owners leave Amazon behind. Instead, it made a moral call to action without any accompanying reciprocal action.