Given that the 2007 Cover Contest voting is underway, I thought this would be the appropriate time to post my cover post. Because this is an image heavy article, you’ll have to click the “more” link to read the entirety of the article. I’m talking about trends in covers and cover identification today.

There was about a year in which it appeared Avon historicals were all getting similar treatment. They all had this painterly look (broad brush strokes). It wasn’t my favorite look but it was very distinctive. I thought that the point of the look of the line was that if you liked one book that had a painterly cover, you would like these other books with the painterly cover. 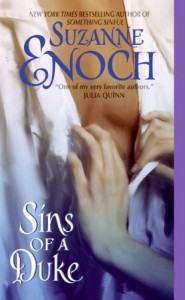 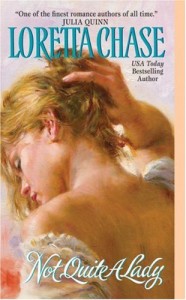 Having said that, it appears that Avon is moving away from the granular art cover as the batch of summer arcs had more of the glossy, clean edged finished. Julia Quinn’s fall releases (which feature an overlapping storyline) have a more realistic cover look, maybe playing off the Jane Austen craze. In comparing the two, I prefer the painterly cover. 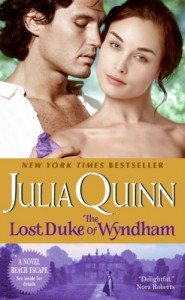 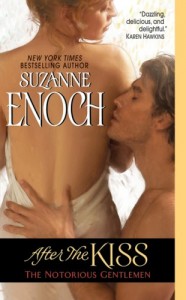 At Berkley/Jove/Signet/NAL, the art is distinctive per author rather than per line. Each author’s books have a distinctive look so that a reader liking Nalini Singh’s book need only remember the type of cover – chest with tattoos and wild cursive font – to identify with another Singh book. 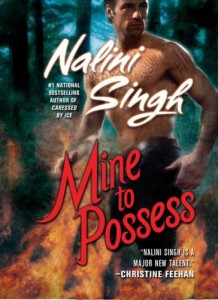 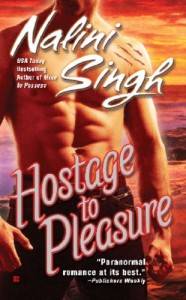 Meljean’s signature look changed in her last book, likely in an effort to increase sales. The first three books had a softer tone featuring a couple. Her February release, Demon Night, sported a darker, edgier look with man titty and no woman. The font, however, remained the same. 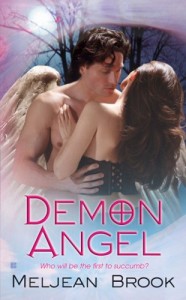 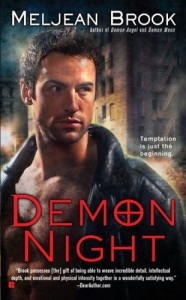 Pocket, Bantam, and Warner seem to follow the Penguin path in creating a certain cohesive look for the author with the covers, rather than being line specific. Kresley Cole’s books covers have evolved from the classic paranormal clinch to a slight comic book feel to book 3 to the lone man titty with this spring/summer’s back to back releases. 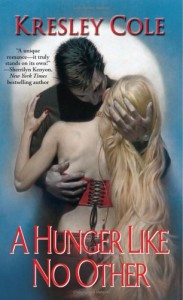 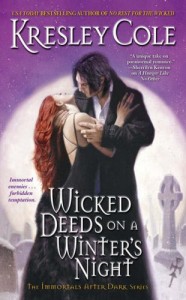 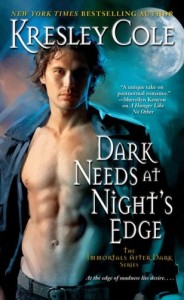 Michelle Rowen’s books feature a type of cartoon cover. It has the feel of a cartoon cover even though it does not have the look. Honestly, Rowen’s covers don’t encourage me to buy her books. I bought them because of word of mouth. 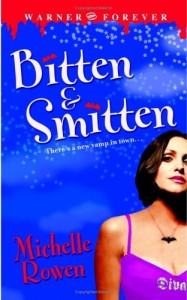 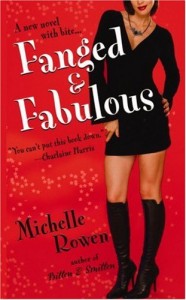 This trend toward comic realism is carried out in the repackaging of Jennifer Estep’s novels. I understand that these covers want to convey fun and lighthearted reads but without the retail death that must be inflicted with a cartoon cover. Frankly, though, I like the old comic/cartoon cover than the realism. 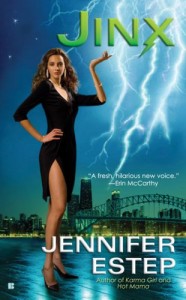 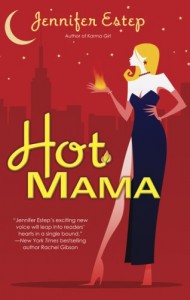 For me, the realism covers often speak of movie tie-in books. Julia Quinn’s above book reminds me a bit of an Austen movie book. When I saw CJ Lyon’s book, I thought it was a fan fiction/tv tie in for Grey’s Anatomy and passed. TV tie-ins never seem to interest me (although they do appear to be good sellers). I can’t tell with the Quinn book whether they are intentionally trying to invoke the Austen feel or whether it is simply happenstance. I’m leaning toward the former. 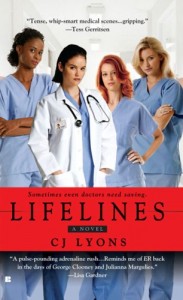 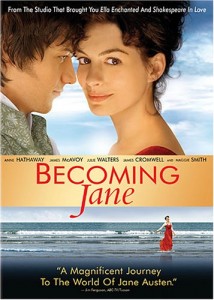 Generally speaking, I’m not a fan of the stepback cover. I think it is needlessly wasteful and I don’t particularly like the scenes inside the cover that often have nothing to do with the story. There’s an overabundance of filmy curtains in these stepbacks that never seem to make an appearance in the pages of the book. Covers that I haven’t liked included many of the Avon contemporary books which often look very dated to me. 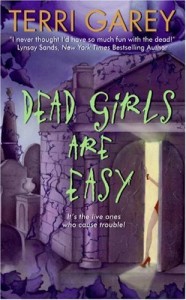 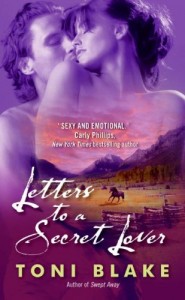 The covers of Aphrodisia books or even this upcoming Ellora’s Cave hardcover are so explicit. I had to laugh when I saw the cover of the Penthouse Letters in comparison. 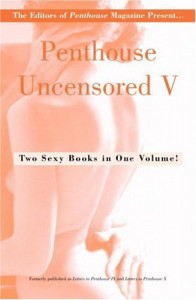 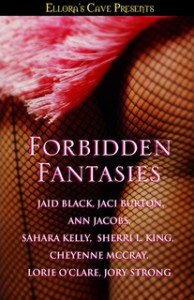 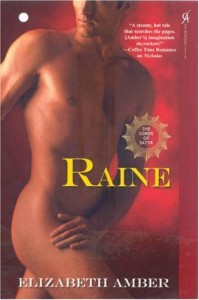 One book cover that really caught my attention was Erin McCarthy’s Fallen. When I took it out of its package, I literally gasped out loud. The color is this old gold and the back has alternating light gold and dark gold wide stripes. The angel looming in the back is both ominous and sexy. The green is striking offset to the more muted colors of the angel and the background. 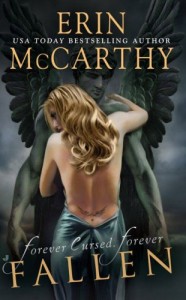 I also love Sherry Thomas’ covers. These are the dreaded stepback but the initial cover is quite lovely. I appreciate the there is a lone female on the cover and wonder why the covers can’t be more female centric. I suppose the answer to that is sales. 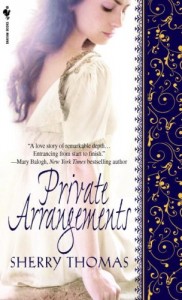 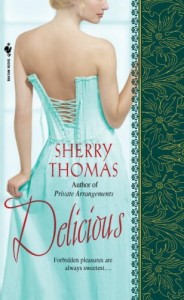 Readers come to associate certain things with types of covers. I never found cartoon covers to be offensive, for the most part, and even thought some were cute. I certainly thought Estep’s old covers captured the essence of her books quite well. At some point, however, we readers decided the whatever was beneath a cartoon cover wasn’t worth our money. The pink covers of the chick lit books with purses, shoes, and flirty skirts also seem to have a negative connotation.

Man titty tells us its a romance. Nearly fully naked man titty tells us its a erotic romance. The running couple tells us its a romantic suspense. But will these covers go out of style once we’ve read our glut of romantic suspense? Covers, I think, both lead and reflect our reading tastes. I’m interested in hearing what you readers like in terms of covers. Do you notice that you gravitate toward a certain cover and why? Do you like the broad brush strokes in the Avon covers or the trend toward realism? Do contemporary covers seem to struggle for the right balance more so that paranormals or historicals?