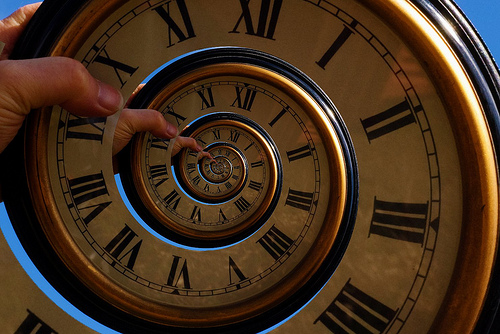 Copyrights, particularly lengthy ones, benefit the corporations that license and/or those copyrights.  The Copyright Extension Act of 1998 isn’t called the Mickey Mouse protection act because it is designed to protect individual creators.  It is designated as such because it benefits one of the largest owners of intellectual property, Disney.  As of 1998, the term of copyright extends from 50 years for an individual and 75 years for a corporation to life of an author plus 70 years and 120 years for a corporation or 95 years after publication, whichever occurs earlier.

The reason that this is problematic is that when authors sell or license their works to a publisher, it is ordinarily for the term of copyright.  When a new author or an author with little following enters into negotiation with a publisher, she rarely holds a position of power.  This has changed given the new options available to authors such as digital first or self publishing but the fact remains that an individual’s ability to negotiate differing terms from the boilerplate is challenging.

Even the Supreme Court acknowledged this in Fisher Music Co. v. Witmark, 318 U.S. 643, 656 (1943).  The Court said  “authors are congenitally irresponsible, [and] that frequently they are so sorely pressed for funds that they are willing to sell their work for a mere pittance.” Id.

As a result, authors are allowed to reclaim their copyright after 35 years.  I wrote an extensive article about this in 2009 (which I am reposting today).  A longer term of copyright protection helps because value from the  author’s creative works can pass to his or her heirs.  The longer copyright hurts authors because it does not allow for a period of renegotiation.  We have seen the backlist of authors become valuable but not exploitable by authors.

Marsha Canham noted on her blog that  the backlist titles are bound by old contracts wherein the royalty rates were 6-8% of “net”.

What does the author get out of that, you ask?  Well…remember that these are backlist books, so the author probably has an old contract that, in some cases, gives the same royalty rate for ebooks (which were just a glimmer on the horizon ten years ago, and twenty years ago not even a glimmer) as for print books, which would be between 6-8%  of the *net* price.

The current standard royalty rate for digital books are 20-25% of net.

A shorter term of copyright, such as 14 years with several renewal periods of 14 years a piece would allow an author to renegotiate a contract every 14 years, taking advantage of the changing landscape in publishing.   It may be to the author’s benefit to sell every renewal period up front or she could preserve her renewal periods and take a lower offer initially.  However, a shorter copyright period with subsequent renewal periods would endow the author with additional bullets in her negotiating weapon.

The time period for reclaiming one’s copyright has passed for some books published in 1978. 2013, for example, will be the last year for some authors to exercise their termination rights.  The termination right is a valuable option for authors, but one that requires affirmative action.  A shorter copyright term would automatically limit the length of the grant of copyright and allow for renegotiation which would better reflect the rapidly changing market.

→ Jane
Previous article: REVIEW: Masque of the Red Death by Bethany Griffin
Next Post: Reclaiming Your Copyright After Thirty-Five Years